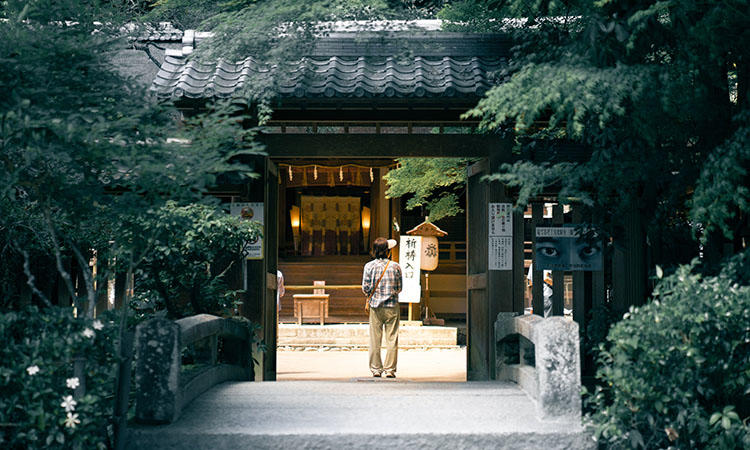 Until recently, 83 year-old-old Michiko Takada, a widow living in the city of Beppu in southern Japan, led an active life. The retiree volunteered as a “citizen teacher” for home economics classes at local middle schools. All this changed when the former dietitian injured her leg last summer and decided to surrender her driver’s license, a move the government has promoted to curb a rise in accidents among elderly drivers.

“I didn’t want to risk causing an accident, but I’m really regretting giving up my license now,” says Takada. “There’s only one bus every hour into town from my area, and no shops nearby, so it’s a hassle to go anywhere. I now realize how easily a person could become a shut-in.”

Takada has middle-aged children: a son and daughter living in Osaka and Tokyo. A generation ago, one of them would have been very likely to move back to care for their aging mother, but like many of her peers, Takada doesn’t wish to be a burden on her children or their spouses.

Along with changes in familial expectations, the Japanese are living longer, marrying later and having fewer children. In 2040, projections show that around 40 million people, or one in three citizens, will be 65 or over, and 10 million of these will be 85 or older. Even when people are on good terms with their neighbors, most Japanese tend to be reluctant to get involved in the affairs of others.

Stopping isolation before it can take root

All these factors are contributing to an increasing risk of isolation for the elderly, with major social and economic ramifications for Japan. In 2015, 6.25 million Japanese aged 65 or over were living alone. In recent years multiple media reports have noted the increase in kodokushi (“lonely deaths”), where bodies go undiscovered for weeks or even months. Boredom and loneliness is also thought to be a major reason behind why the crime rate among seniors has quadrupled over the past few decades, with many of the offences being petty shoplifting. In 2017, a Japanese government report noted that half of those arrested for shoplifting said they lived alone.

Moreover, these demographic trends will place a huge financial burden on Japan, as the balance shifts between GDP-generating workers and the elderly. Surveys indicate that within 50 years, Japan will have just one worker for each retiree, down from 12 half a century ago.

In 2000, the Japanese government introduced a comprehensive system known in English as Long-Term Care Insurance (LTCI), which citizens start paying into when they turn 40. From the age of 65 (or earlier if necessary), seniors become eligible for various subsidies and services, based on assessments by welfare workers. Even so, the national system cannot keep up with the needs of this rapidly-aging society, and municipalities and nonprofits, known in Japan as NPOs, are stepping in to fill in the gaps.

Dr. Yoshinori Fujiwara leads the Research Team for Social Participation and Community Health at the Tokyo Institute of Gerontology. “Once someone becomes isolated, it is extremely difficult for them to recover,” he says. “Efforts to combat isolation from specialized regional support agencies are important, as are efforts at the citizen level.”

Getting the generations together

According to Fujiwara, research indicates that intergenerational exchange can help the elderly to build interpersonal relations and develop greater social capital within their communities, with the “win-win” result of bridging the generation gap. One successful example is the NPO REPRINTS Network, initiated in selected areas in Tokyo, Kanagawa Prefecture and Shiga Prefecture, whereby senior volunteers visit kindergartens and elementary schools to read to the children.

Iris Wang of Japan’s Sharing Economy Association echoes this sentiment. “The concept of ‘sharing’ can shorten the distance between people, especially the elderly and the younger generation. For example, there are more and more co-living places in Japan, where people live together to share resources and become a new type of family to each other.”

Another concrete example is the “Under One Roof Project,” facilitated by NPO Matching Hongo in Tokyo’s Bunkyo Ward. Seniors with a spare room open their homes to university students, with the two generations coming together several times a week to share a meal.

The idea of connecting seniors to younger volunteers who can help them with life tasks has been around at least since the 1970s, when the nationwide Fureai Kippu model was developed. This system of time banking is built around the idea of earning cash or time credits for helping the elderly. The credits can be saved for one’s own silver years in the future, or used for family members in need of care. The largest number of these timebanks belong to Nippon Active Life Club, an non-profit which had over 17,000 members and 119 offices across the country as of 2017.

Research has shown that elderly Japanese men are more likely to become victims of social isolation than women. A recent survey by Japan’s National Institute of Population and Social Security Research found that, over a two-week period, 15% of elderly males living alone had held either only one conversation with someone, or none at all, as opposed to 5% of their female counterparts.

Junko Edahiro is President of the Institute for Studies in Happiness, Economy and Society (ISHES), a thinktank that explores better systems and indicators. In a country notorious for long work hours, Edahiro notes that Japanese men’s social relationships are predominantly built around their jobs. “One solution could be for firms to provide rehabilitation for men who are approaching retirement, preparing them to return to society,” she suggests.

What about those who are already living in a state of isolation? Adachi Ward in Tokyo has taken an integrated approach to combating social isolation among the elderly, with local officials, welfare workers, community groups and volunteers joining forces. Launched in 2013, the Zero Isolation Project identifies elderly residents deemed to be at risk of social isolation.

If they request it, such individuals can then receive support, such as regular visits from volunteers through Adachi’s Kizuna (“ties that bind”) Relief Cooperative. Makoto Nishijima of the Adachi Ward Office says that, to date, some 3,895 households have been linked up with volunteer visits and nursing care services through the Zero Isolation Project.

Okinawans have a less formal alternative that helps many elderly stay connected and supported by the community. Children are assigned to be part of Moais, small, intimate friend groups that provide fun and aid throughout life. Some argue Moais are the main reason Okinawans live so long that they’re labeled a “blue zone,” or longevity hotspot. As demographics shift, Japan may want to draw on traditional models like moais for inspiration in its quest to avert isolation and loneliness among its aging population.

As one woman who at 77 was the youngest member of her Moai told the Blue Zones organization, “if you get sick or a spouse dies or if you run out of money, we know someone will step in and help. It’s much easier to go through life knowing there is a safety net.”