Can an app cure loneliness and isolation? - Shareable
Skip to content 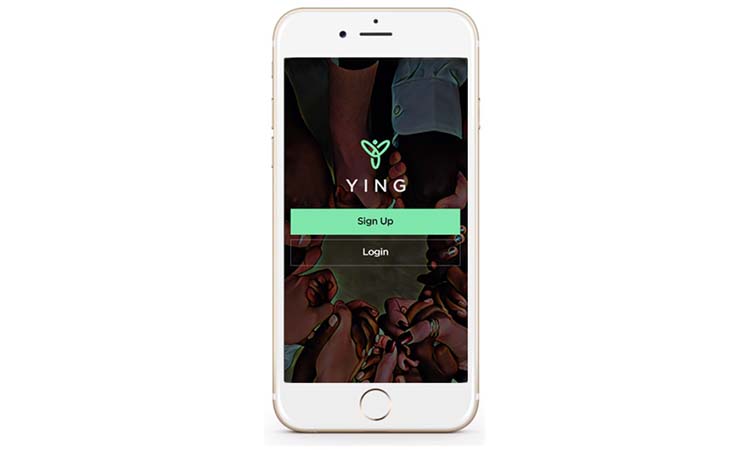 Spring is in the air and hope for new beginnings abound — but not for everyone. Researchers have found for decades that the number of suicides peak in the spring. Some theories suggest that the emotional hibernation of winter becomes distressing levels of depression in the spring, specifically around relationships.

It doesn’t help that many people suffer from a lack of close relationships. In May 2018, Cigna’s U.S. Loneliness Index found that loneliness has become an epidemic. Nearly half of 20,000 Americans surveyed said that they are “sometimes or always feeling alone or left out.”

Some of these “components of wisdom” can be developed or honed by one potential cure for loneliness: Time Banking. Today, mere acquaintances, perfect strangers, neighbors, friends, and family members are using Time Banking in over 38 countries to meet their needs and find a sense of connection and belonging.

Time Banking has helped communities in distress rebuild after earthquakes, cities bounce back from the economic and spirit-crushing devastation of the Great Recession, and individuals overcome personal crises. In big cities like Los Angeles and Philadelphia, people are Time Banking as part of a daily practice of digital detox.

What is Time Banking?

Basically, a group of individuals form a network, called a Time Bank. Members support and help one another within a framework that is bound by a set of agreements. First, each member agrees to offer and provide their skills, talents and experience to others. In return, members can seek helpful skills from other members

Time credits, usually measured in hour-long increments of time, are traded as an alternative currency to traditional money in all Time Banking exchanges. Each member can bank the hours they earn by helping others, and also trade hours in their account as payment to anyone for their help. Unlike barter, which is one-to-one, Time Banking leverages the skills of everyone in the network and can be one-to-many.

How can Time Banking cultivate wisdom and combat loneliness and isolation?

Time Banking encompasses and embodies the six components of wisdom.

Life knowledge: It shines the light on the talent equally distributed across the population. It unlocks the value in each human that is hidden by traditional measures of economic wealth.

Empathy/compassion: Its practice requires an openness to being vulnerable and asking for help (versus allowing anger, resentment or shame get the best of you). It’s always amazing how many people show up for someone who is vulnerable and asks for help.

Altruism and fairness: Members pay acts of kindness forward, by doing something for someone else, and “give back” to others by offering their skills and talents.

Divergent values acceptance: Time Banking also exposes its members to people from all walks of life, creating a sense of appreciation and respect for people across their differences.

Decisiveness: Finally, Time Banking is efficient. You make a request and accept the help when presented, to get things done that need doing.

We’re working toward broad adoption of the concept behind Time Banking and for purposes of scaling we often refer to it as skill-sharing on-demand. Apps (like YING, which I co-founded) can work to make Time Banking easy to understand and do within any group you’re a part of. Our vision is to see the concept of group skill-sharing, adopted in neighborhoods, corporations, and universities across the globe.

What’s next for Time Banking?

I believe the concept of Time Banking will also help democratize how we view and build social capital — a measure of the strength of our interpersonal relationships. We strongly believe embedding the concept of skill-sharing in our culture will raise the level of social capital desperately needing to be increased in our communities to deter isolation and loneliness. Perhaps it can help us build a world where the time invested in your social capital account will be as important as what’s in your bank account.

What you can do today?

Like my mentor, Edgar Cahn, “the father of Time Banking,” my team and I have dedicated our lives to bringing connection to communities locally and globally. Join us in this important work! Download the YING Bank app at the App Store or Google Play (Tip: use the referral code “SHARNG” for fast approval). Go to yingme.co to learn more about us and our upcoming events. We hope to see you in our growing community of people living out of the spirit of human interconnection.

Karla Ballard Williams is a member of Shareable’s advisory board.

Header image is a screenshot from yingme.co

Karla Ballard Williams is Founder and CEO of YING, a peer to peer skill sharing and global time sharing platform (IOS /Android App) engaging consumers and brands in a complimentary

Karla Ballard Williams is Founder and CEO of YING, a peer to peer skill sharing and global time sharing platform (IOS /Android App) engaging consumers and brands in a complimentary currency that supports community and individual benefits. YING leverages the growth of the sharing economy's trends and millenials interest in accessing alternative ways to transact services aimed toward building deeper community connections. The platform has a b2b enterprise engagement for NGO's and Corporations as well creating a plug in play sharing ecosystem for any affinity group.
Ms. Ballard Williams was formerly SVP of Participant Media’s TAG division, a social-action agency working with brands, foundations and the public sector to ignite compelling campaigns that drove impact in vulnerable communities. Prior to joining Participant Media she was with Ogilvy & Mather as the SVP and lead for The IMPACT Studio working on projects that ranged from the State of California to Sony Pictures Television. Previously Karla worked at One Economy Corporation where she led a vital division of a $51 million BTOP grant focused broadband adoption and became and appointee to the Federal Communication's Committee on Diversity in Media. In addition, she created and led corporate relationships with partners such as Comcast/NBC, Verizon, Participant Media, Sprint, City Year and others. She is a current board member of Alliance for Women in Media and Co-Chair of the Gracie’s Awards Gala, the Marcus Graham Project, Hashtaglunchbag, A Sense of Home, and USC’s Next Gen Council for Stephen Spielberg’s SHOAH Foundation. She's been a visiting speaker at Harvard, UCLA and Georgetown University and is a former board member of the nation’s second largest Community College, Northern Virginia Community College. Karla is also the co-founder of the first Urban League in the state of Delaware, The Metropolitan Wilmington Urban League, and served as the first female national president of the National Urban League Young Professionals.
In 2012 Karla was awarded in NYC the Keeper’s of the Dream award from the National Action Network.