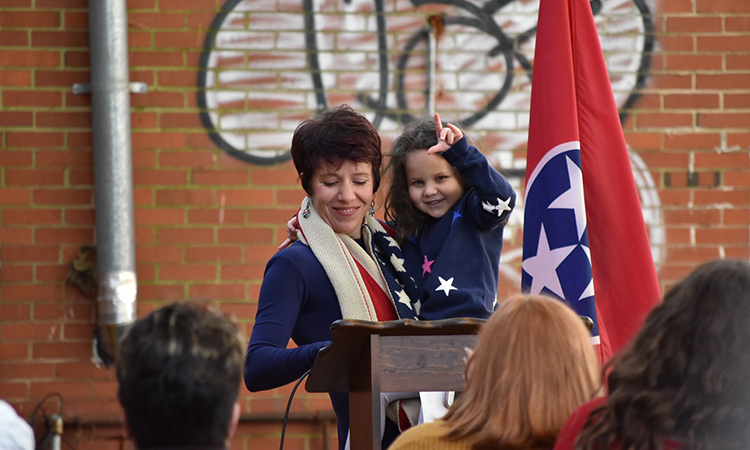 It was a brisk fall morning in Athens, Tenn. when Whitney Kimball Coe delivered the town’s first “civic sermon.” Almost 70 people showed up at a dilapidated downtown park to hear Coe and other speakers expound on their passion for the community at the town’s inaugural Civic Saturday last year. The event follows the model of a church service, but substitutes civic texts for the religious. Instead of an opening prayer, the pledge of allegiance. Instead of a hymn, a poem from an American author. Instead of a bible passage, the Declaration of Independence. The goal is to reconnect citizens to the power and responsibility of civic engagement.

“Civic Saturday lasts about 45 minutes,” Kimball Coe says. “That’s all you need on a Saturday. By 11am, you might have already seen your neighbors at the Y[MCA] or the library, and you’ll see them later in the day at a 5-K [run] or another community event. This is the time when we focus on our civic engagement.”

Civic Saturday is the brainchild of Eric Liu, founder of Citizen University, a non-profit working to build a culture of powerful, responsible citizenship across the country. The group sees civic engagement as a key to rebuilding democracy and community. “Strong democracy depends on strong citizens. We all have the power to make change happen in civic life and we all have the responsibility to try,” explains Kayla DeMonte, a managing director at Citizen University.

Citizen University expanded its offerings in 2017 with the creation of Youth Collaboratory, a year-long program for high-schoolers ages 15 and 16. The goal: Help students understand how to harness their own civic character and use it to benefit their communities.

Civic character, DeMonte explains, is “how you act when everybody is watching.” It’s helping an elderly neighbor cross the street, picking up trash, and leaving a note if you dent someone’s car. The students meet remotely three times throughout the year and conduct individual civic projects in their communities. The current cohort includes students from all across the country — Brooklyn to San Jose, California, with many large and small towns in between.

Civic Saturdays started in Seattle, and have expanded to cities all around the country thanks to its parent nonprofit’s Civic Seminary, a training program for civic leaders. Kimball Coe participated in Civic Seminary because she was drawn to the deep thought and pedagogy that Citizen University puts into its programming and practice. And she sees Civic Saturdays as a perfect fit for her small town of 13,000.

Athens already has an active civic presence with vibrant town council meetings, five-kilometer runs and community theatre. It’s a member of Main Street America, a group that revitalizes older and historic commercial districts to build strong neighborhoods and thriving economies. In order to keep the grants and technical support that come with the Main Street designation, Athens needs to demonstrate that community events — such as Civic Saturdays — are regularly happening in the city.

Civic Saturdays give residents a common language and practice for community engagement, proponents say. They even have the potential to reduce loneliness and isolation. “People just feel more connected,” DeMonte says. “They feel like they know their neighbors in their communities. They can recognize their own power in civic life to be able to go out and act for the good.”

Kimball Coe is one of a cohort of residents working to building a more active citizenry in Athens. “We weren’t always on this trajectory,” she says. A decade ago, the town was in economic decline. But turnaround takes just one person with a desire to make a change.

“Every community with a zip code has an institution that is capable of supporting a practice of participation,” she says. “The arc of change, growth and transformation is long.” Civic Saturdays and the other Citizen University programs give community members the tools to build engagement and solve their own problems.

Remember that dilapidated park? Kimball Coe was able to secure a $20,000 community grant to revitalize it, and Civic Saturdays were one of the key park events she mentioned in her grant application. Ultimately, DeMonte explains, “our focus is really on supporting civic life by helping people understand their own agency and power.” 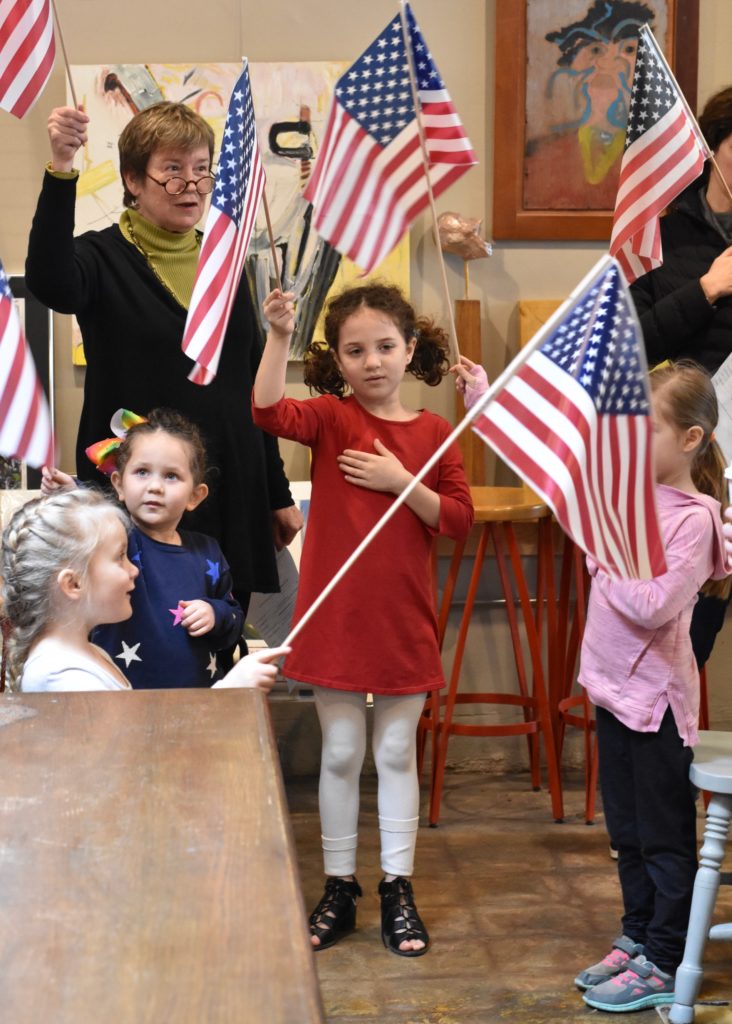 Header image provided by Lauren Trew; all other images by Emma Trew

Jen Boynton is CEO of B Targeted Marketing Co. which does marketing and communications for values-based businesses. Prior to B Targeted, Jen co-founded and spent a decade building TriplePundit, a

Jen Boynton is CEO of B Targeted Marketing Co. which does marketing and communications for values-based businesses. Prior to B Targeted, Jen co-founded and spent a decade building TriplePundit, a leading website for news about sustainability in business. In this role she traveled the globe reporting on sustainability and created content campaigns for clients like Salesforce, Symantec, Procter + Gamble, Whirlpool, MGM, CVS Health, Deloitte, Cisco and many more. TriplePundit was acquired in 2017. Jen holds an MBA in sustainable business from the Presidio Graduate School and lives in sunny San Diego with her husband and daughters.