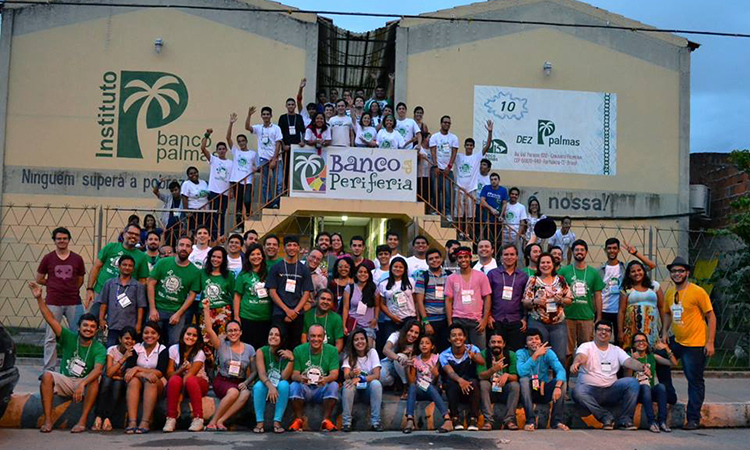 Here's the problem: The Conjunto Palmeira, created by local fishermen who were pushed inland when the coast of Brazil was developed and became prime real estate in the 1970s, became a poor suburban community of 32,000 people close to Fortaleza, a city of 2.5 million. Most of the residents were unable to make a basic income as their livelihood had been dependent on the sea, which had become inaccessible. Not only were the local authorities unable to provide welfare, they also did not provide basic infrastructure. As a result, there were no competitive businesses in Conjunto Palmeira, so most goods circulating in the community were sourced from Fortaleza. What could be done to uplift this community?

Here's how one organization is working on the problem: In 1989, with a donation from a French organization, members of the local community launched Banco Palmas, a community development bank designed to address local unemployment and stimulate local spending. Community organizers Joaquim Melo and Francisco Bezerra got the bank off the ground by building strong connections with existing local banks. In 2003, Banco Palmas launched a local currency to complement the Brazilian real called "palmas." The currency was designed to foster local pride, designed by local artists complete with security features. Still running today, Banco Palmas aims to keep the money spent in the neighborhood circulating in the neighborhood to ensure local development.

Banco Palmas offers a range of microcredit for individuals who would otherwise not qualify for traditional loans for small businesses, personal consumption in the community (with palmas), and for housing renovations. In 2010, Banco Palmas also began offering a small microinsurance option.

The bank is managed entirely by local people. Palmas Institute, a nonprofit, administers the circulation of Banco Palmas with six full-time staff. It is funded by grants in addition to account fees and transaction fees.

Header image of Headquarters of Banco Palmas and Instituto Palmas, in Fortaleza provided by Palmaslab