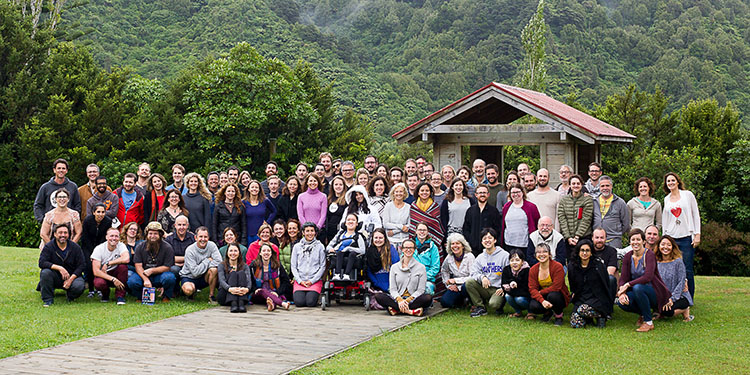 Here’s the problem: It is often difficult for independent professionals interested in social-impact assignments to find meaningful projects. On-demand platforms, in which people often work remotely for little pay, can be isolating. How do freelancers who want to pursue community oriented projects connect with other like-minded individuals?

Here’s how one organization is working on the problem: Enspiral, a decentralized entrepreneurial collective based in Wellington, New Zealand, began in 2010 with a goal of creating communities of workers who are deeply committed to social issues. Sometimes described as an “open-value network,” Enspiral is a global coalition of enterprises that enables people to allocate their time and skills to social-impact projects by offering spaces and platforms that promote collaboration. The hub of the network is the Enspiral Foundation Limited, which holds common assets and facilitates interactions between members and related companies. Enspiral is an ongoing experiment in distributed leadership that includes more than 300 people and 22 different ventures in multiple countries. More than half the people involved in Enspiral are based in Wellington, with the rest dispersed across Australia, North America, Asia, and Europe.

While effective, Enspiral is not a simple cut-and-paste model that can easily be replicated. It is a shared set of tools and practices that demonstrates the potential for organically growing organizations from the bottom-up through an aligned sense of purpose. Enspiral includes a focus on activities that are hyperlocal in order to leverage situated strengths, a collaborative emphasis on sharing stories of best practices so that communities can learn together, and a platform for building open source tools that can be used and adapted by others. Perhaps most importantly, Enspiral demonstrates the way in which values-aligned organizations can build and share resources in the context of social solidarity, and with a “reciprocity-first” ethos.