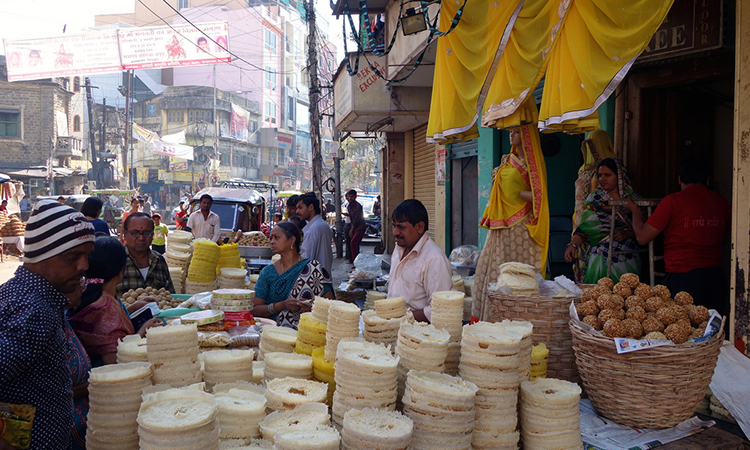 Despite car-centric urban development and top-down decision-making, the Begum Bazaar, in Hyderabad, India — a historic wholesale market which has existed for over 400 years — has remained a shared social space hosting a vibrant economy. The use of street space surrounding the market is appropriated by vendors through complex practices of mediation and includes a mix of formal and informal rules. Acquiring a space requires informal negotiation between neighbors, and is not always without conflict. Vendors may inherit or be granted the right to use street space through verbal agreement by other established vendors from the same geographical origin or religion. Generally, compliance with formal rules is low, but it is far from being an ungoverned space. Thus, parking is regularly used by vendors, leaving motorists without space, maximizing its value as a marketplace.

In Begum Bazaar, the regulation of street space is representative of the eight design principles of common pool resource management as outlined by Nobel Prize winning economist Elinor Ostrom in her book "Governing the Commons: The Evolution of Institutions for Collective Action." This is not a straightforward example to be replicated, but rather it showcases what self-organization can bring: a vibrant, diverse, and pedestrian-oriented space in a city where most other scenarios of top-down governance has often led to gentrification and car-centric development.