Knowledge Workers & The Commons – A Reflection - Shareable
Skip to content 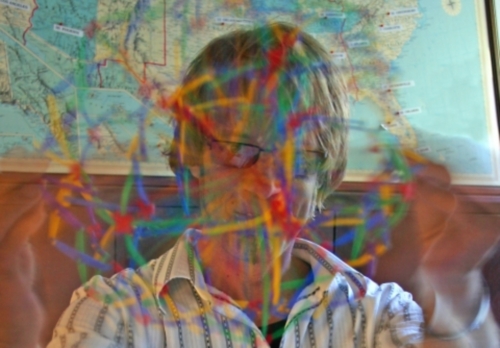 I didn’t expect that I'd learn anything about my identity during my Year of Living Shareably. I thought I’d just learn new skills, get new insights about sharing, and meet new people. I wasn’t expecting to learn about my place in the world. Wrong.

As I noted in my post about the International Commons Conference in Berlin last October, the commons movement brings together folks from many countries, cultures, and political orientations. We all value the commons as a solution to the triple crises of environment, economy, and social division but come to it from many perspectives.

In that post, I wrote about the rifts I noticed in the commons movement. These became even more evident in the incredibly rich and contentious listserv dialog that followed the conference and is only now- over three months later – subsiding. This discussion was not only a great education about the commons, I also learned a lot about myself.

Much to my surprise, many of the ideas I shared were harshly criticized. This surprised me because I assumed that I shared a lot of common ground with this group. The frustrating thing was that the more I tried to explain my position, the more I seemed to alienate myself. I came away thinking that the ideas I shared were not the problem so much as the language I used to present them. People seemed to react to my choice of words as much as the underlying ideas. I could be wrong about the why of it, but there definitely seemed to be a culture gap of some sort.

I began to understand something about the nature of this gap when Michel Bauwens of the P2P Foundation made a comment about the place of knowledge workers (programmers, architects, designers, writers, salespeople, managers) in the commons movement. To paraphrase, he said knowledge workers have a different world view than common activists on the left or right but share a similar vision. I thought that this might explain the reception of my ideas on the listserv. It also resonated with what I learned about the differences between the social organization of moderates and those at the political extremes while writing white papers for a political consultancy.

I e-mailed Michel the below observations (lightly edited for this post) in reaction to his comment. They’re admittedly a mixture of personal experience and book learning. I welcome discussion about what’s what in comments, though this presentation about the characteristics of moderate voters explains a lot. The below also assumes that there’s a fairly large swath of knowledge workers who are also moderates, though I recognize these groups are not synonymous.

So you’ve been warned – these ideas are preliminary. The point of sharing them is to help create understanding between a certain type of knowledge worker – those that share the values of the commons but do not subscribe to a single political ideology – and other parts of the commons movement. Like Michel, I believe an alliance between these groups would be powerful. As he said on the P2P listserv, “it's all about an alliance between knowledge workers (the social drivers behind peer production), the traditional social movements…and the entrepreneurial forces that embrace the new property models that respect and favor the commons.”

Here's what I shared with Michel:

In fact, in this social milieu, it’s often a contest to see who is the most pure and radical. And it doesn't matter whether it's left or right or black or white or Christian or Muslim, the dynamic is always the same. Orthodoxy is a requirement of membership at the core of a religion, movement or political extreme. And there's an unforgiving line between those who belong and those who don't.

The question of an individual or community at a political extreme in regards to a newcomer is always this, "are they one of us?" They have the same mentality of those in gang (not in terms of criminality, only in terms of how they approach identity and group membership). Knowledge workers do not join a single gang. They belong to many.

I've come to understand this in two ways. One is reading. The other is experience. I'm not always readily accepted by progressives in the Bay Area. I'm not sure why, but it might have to do with the fact that I don't have the markings they’re used to: the background, language, tattoos, or the clothes.  In some ways, I'm more radical, but that doesn't matter. I do not fit the mold they’re used to. [End of message]

What I've learned is that when you share and work to create a society that shares well, you're going to encounter people very different from yourself. And this will teach you about yourself, about your identity. So after a lifetime of knowing frustratingly little about how I fit into society, of feeling lost, like a misfit, a nomad, and a chameleon; I might have learned something important about myself. I might be a knowledge worker who is also a political moderate. Maybe. Might be. This reflection is not done yet. But if that's what I am, I'm a radical version of it. You can count me down for fundamental social change. And while I'm still not sure of who I am, I'm sure of this – I'm not alone.