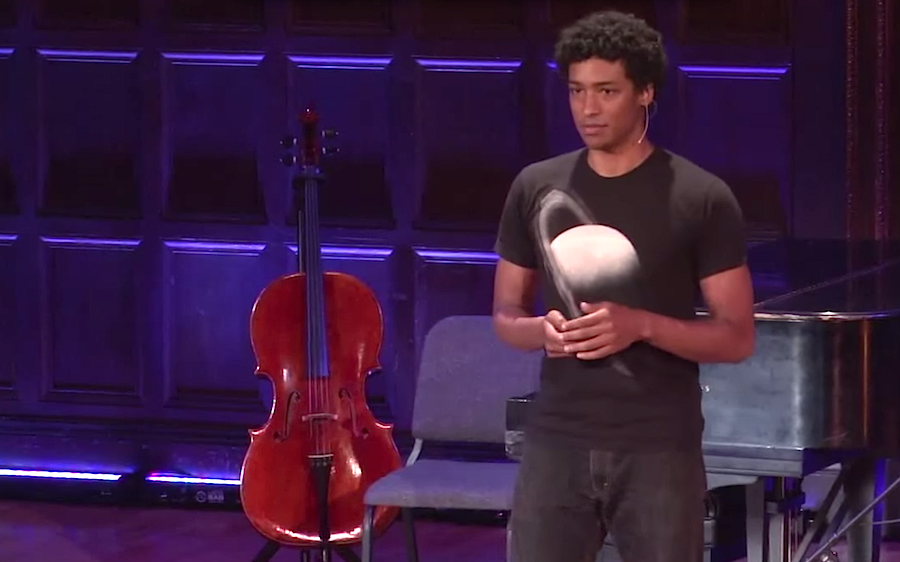 Recently, M. Andre Primus gave a TEDx talk where he described the sharing economy as what happens when you love your neighbor as yourself. A Sharing Cities Fellow, Primus founded RocShare, in Rochester, New York, to grow the local sharing economy. His goal is to make Rochester a sharing town by connecting people, community organizations and sharing businesses. RocShare also organizes events, including a recent ShareFest.

Primus sees the sharing economy as a way to increase the quality of life for people, regardless of income, through bikesharing and carsharing, farmshares, coworking, community gardens, intentional communities and more. In his TEDx talk, he points out that through sharing books, clothing, knowledge and more we can forge communities.

Primus has an enthusiasm for creating positive change that's contagious. Mira Luna, Shareable’s organizing director, says when she met him and learned that he wanted to quit his job and be a full-time organizer for the sharing economy in Rochester, she was struck by his passion and potential.

“I realized we really need to support people like Andre who have so much passion, determination and talent to help solve the world's problems,” she says, “and keep them from being herded into meaningless jobs at best. Our small part in that was to make Andre a Sharing Cities Fellow.”

Shareable connected with Primus to find out what he’s currently working on, his experience being part of the Sharing Cities Network, and how the 99% can stop funding the 1%.

Shareable: I understand that your introduction to the sharing economy came on the heels of the Occupy movement, as you struggled to find a way to help people live better lives. Was there an a-ha moment when you realized the potential of sharing to transform our communities?

Primus: The a-ha moment was a cumulative thing. Having grown up in a poor neighborhood and living in another one, I had a little flinch every time “low-income” or “lower-class” was used in an article about inequality and framed as the worst thing that someone could happen to be. At some point I decided to focus on the fact that making more money and having a better life were not the same thing, and that by loving each other better, the 99% could stop caring about whatever the 1% get up to, and stop funding the 1% at the same time.

What inspired RocShare? How did it come about?

Well, Shareable helped a lot. There were all these great things happening in other cities and I started getting tired of waiting for them to happen in Rochester. My girlfriend heard me saying how I wanted to start an organization so she sat me down and helped write up a plan of action. Shortly after that we had our first event, and then our second, and then I married her.

The vision for RocShare is to encourage the growth of the sharing economy in Rochester. How are things going? What kind of community involvement have you seen?

Most of the involvement we have seen has been from the existing sharing economy in Rochester. We have been mapping Rochester’s sharing resources and seeking out the people involved with the resources we map, so we are building a great network. We have been reaching father out a step at a time though—we had over 200 people involved in the ShareFest we had in May.

What are you currently working on, with RocShare or otherwise?

We recently collaborated with the local library system to put together a proposal for a skillsharing system that would run through the library catalog; we are working on our second annual mapjam; and we just started our monthly meetup. I’m also organizing a skillshare for my church, and we are doing a lot of work on the website and on the structure of the organization.

RocShare is part of the Sharing Cities Network. What, from your perspective, is the importance of having this network of connected sharing projects? What are the benefits to being part of the network? What are some of the challenges?

I think the most important thing about the Sharing Cities Network is that it prevents organizers from having to work in a vacuum. The sharing economy is all about creating and encouraging communities, and the Sharing Cities Network is a community. It provides a place to learn from experienced community organizers and young inspiring role models. The biggest challenge is just distance. Meeting over video chat just isn't the same thing.

RocShare was created to help grow the sharing economy in Rochester, New York

It’s really exciting to watch you talking about coworking and free stores and intentional communities in Rochester in your TEDx talk, and doing it in a way that shows that, at its best, the sharing economy is inclusive of everyone. What kind of local response did you get to your talk?

The reception was encouraging. It seems that a lot of people in Rochester are excited about the opportunities that the sharing economy can provide. It's only been online for a short while, so we'll see how what sort of impact it has over the next few weeks.

In the talk, you stress that even in places that don’t feel like community, the sharing economy can forge a community. Please tell me more about that.

That's actually a biblical principle. In the Bible when the church first starts up, they talk about the believers having their property and possessions in common, eating together, enjoying the favor of all the people, and growing daily (Acts 2:44-47). Obviously, they were drawn together by faith, but it was through sharing each other's lives that they became a vibrant community. Building community is what RocShare is for.

You’re one of the first Sharing Cities Fellows. What has your experience been with this pilot program?

Having money to be able to take time off work is a godsend—I devote so much more time to RocShare. And the guidance Shareable provides is invaluable. I definitely feel like a beta tester, but I like being a part of new things.

As a young leader of the sharing economy, what do you think are the most important issues of the movement? What’s going well and what needs to be better addressed?

The most important issue is justice—making sure that there is a focus on reaching underserved communities in order to create real and beneficial change in the world. And that's going really well. Your recent article on Solidarity Economy St. Louis was a great example of this. There are a lot of people, even just in the sharing cities network, doing great work in their own underserved communities. What needs to be addressed is integration. There are young white mothers trading things or artists living in intentional communities or activists working for racial justice, and that's great, but we need all those people and groups collaborating and sharing with each other. 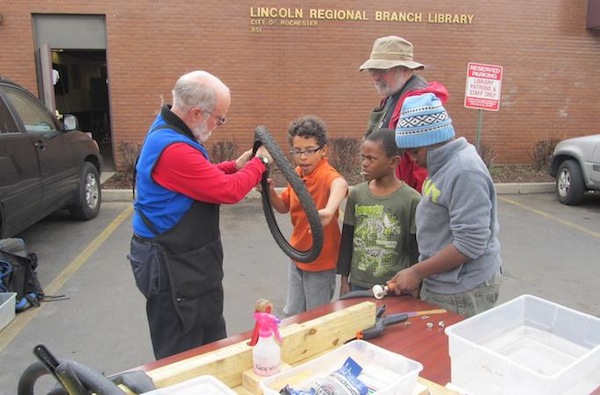 The RocShare ShareFest brought together 200 sharing enthusiasts in Rochester

I know that you’ve done a lot of mapping of local sharing services and organizations. With Shareable’s 2nd annual MapJam coming up, can you give us some insights into the importance of having sharing maps available to communities?

When people see these sharing maps they are always surprised by how much there is available in Rochester. A map gives you a real sense of scale and it hits you in a way that a list doesn't. Most of my mapping has actually been done solo, and while I have built a nice set of maps, it's so much more powerful to do it as a community. Rochester has a lot going on, and very few of those things are widely known, so getting people together to pool their knowledge is much more powerful.

One of the most poignant ideas that you’ve shared is to try being so generous that you need to rely on the generosity of others. Can you elaborate on this?

When you live in a culture of generosity, you know that you can rely on the generosity of others. That knowledge allows you to feel free to take the financial risk of giving extravagantly because you know your community will be there for you. But most of us live in a culture of self-focus and prideful independence. If you want to change the culture, you need to take the risk of practicing what you preach, of taking the leap that inspires your community to build the safety net.

What’s your big picture vision of what the sharing economy could be? What would you most like to see?

My big picture vision is that most people will have most of their needs met by their community in an ecologically and socially sustainable way, and that sharing will become a cultural norm rather than being a government program or a business model.