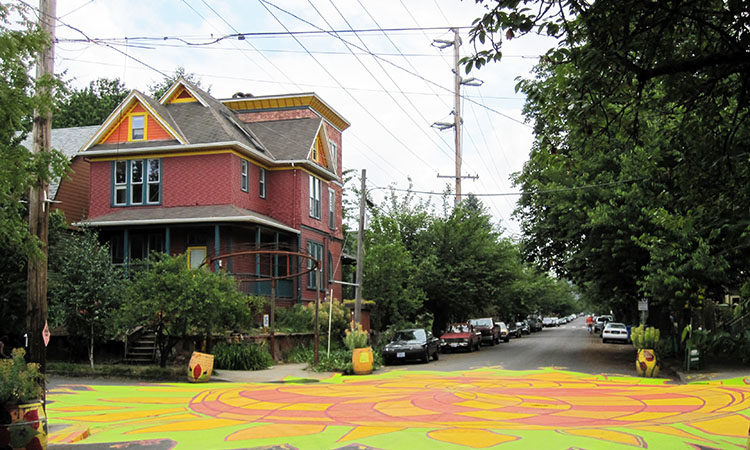 City streets, even in residential neighborhoods, are generally designed exclusively for cars. This shift of focus from pedestrians, cyclists and other nonmotorized means of transport can lead to dangerous situations. In 1996, in Portland, Oregon, two young girls were struck and killed by a car while crossing the road on their way to a park.

After the success of the first Intersection Repair, which was done without permission from local officials, neighbors gathered testimonials and created a proposal to legitimize the project. The proposal was approved by the Portland Bureau of Transportation and formalized into an ordinance. The organization now has the support of the city of Portland, which gives permits to communities coordinating Intersection Repair projects in their neighborhood. As of January 2017, the Portland Bureau of Transportation has 49 completed intersection projects on record and City Repair now fields calls from people around the world hoping to learn from their experience.