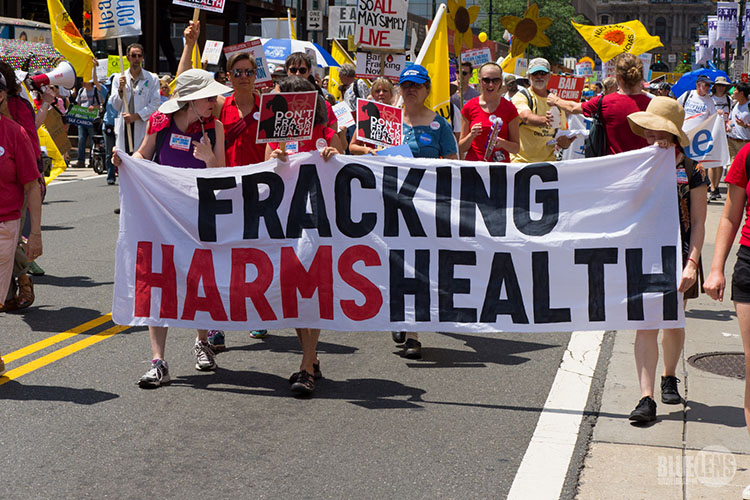 Here's the problem: In 2010, the oil and gas industries operating in Pennsylvania were acquiring land leases that would allow them to extract natural gas using the process known as "fracking." Many rural municipalities had been targeted already for this activity, and the state Legislature had enacted laws forbidding local governments from limiting or banning the industrial activities related to fracking. The people of Pittsburgh were alarmed to learn that a few larger open spaces — and even small parcels of land in the city — had been quietly leased for fracking. The nine members of the city council were hearing from their concerned district constituents and one of the council members put out a call for advice to environmental groups, land-use law firms, and other experts. A group discussion ensued in which nearly 30 organizations participated. The overarching question raised by the council member was, "How can Pittsburgh protect its people, environment, and water supply from the toxic effects of industrial gas extraction in the city?"

Here's how one organization is working on the problem: After hearing advice from organizations suggesting appeals to state regulatory agencies and recommendations for new local zoning laws that might limit fracking to designated "heavy industrial zones," the council member asked another important question, "Don't these proposed 'solutions' actually allow fracking, rather than stop it?" The almost unanimous answer that came back was that "it's illegal to stop the fracking, because of state preemption. The best you can do is try to limit the harm."

The Community Environmental Legal Defense Fund (CELDF) was asked for its recommendations. Rather than "regulate" the amount of harm that fracking would inflict on a city that had been cleaning up smog and brownfields for decades following the withdrawal of the steel industry, CELDF offered to draft a local civil rights law that would guarantee certain community rights, including the right to clean air, pure water, the rights of natural ecosystems to flourish, and the right to be free from toxic trespass (poisoning). The proposed city ordinance, known as a Community Bill of Rights, would protect the rights it established by banning any new industrial extraction of natural gas. Several aspects differentiated the Community Bill of Rights from proposals for regulating fracking through local land use and zoning laws. Not only did it focus on protecting fundamental rights against violation by industrial extraction of gas and recognized those rights as higher law than state administrative law, but it bypassed the entire regulatory system by asserting the authority of the city to protect said rights by exercising the right of local community self-government.

This piece was edited by Emily Skeehan.

Header image of the Clean Energy March in Philadelphia on Jul. 24, 2016 provided by Mark Dixon

Ben Price, is the National Organizing Director at Community Environmental Legal Defense Fund. He has worked with CELDF since 2004 to coordinate community rights organizing across the country, and has advised and organized in

Ben Price, is the National Organizing Director at Community Environmental Legal Defense Fund. He has worked with CELDF since 2004 to coordinate community rights organizing across the country, and has advised and organized in hundreds of communities, many of which adopted community bills of rights that codify the rights of human communities and the rights of the nature, while prohibiting corporate activities that violate those rights.