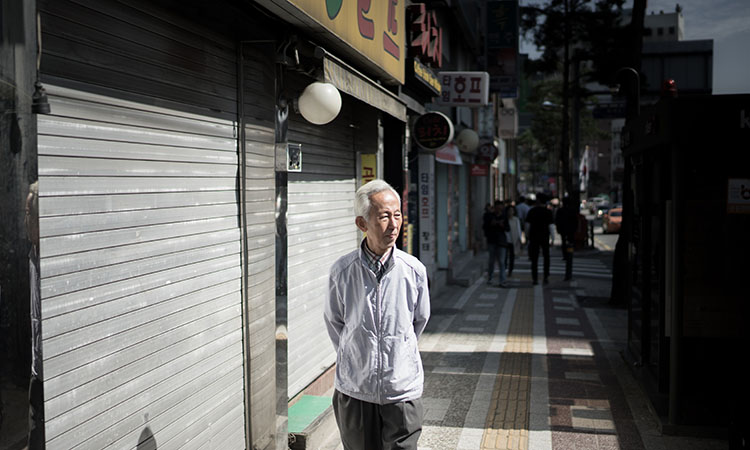 Seoul has made a name for itself as one of world’s premier sharing cities, with an official metropolitan ordinance to promote sharing, a dedicated sharing and innovation bureau, a scheme for classifying enterprises as certified sharing entities, and a range of resource sharing programs. At the same time, it’s a capital of abject social solitude.

In Seoul and in South Korea at large, a plummeting birth rate, grueling education and work culture, inadequate welfare services, and widening socioeconomic divides have come together to create an epidemic of loneliness. And everyone from the young to the very elderly have been impacted.

The South Korean government is working to combat social isolation by mobilizing communities and enacting projects that share cars, bikes, toys, tools, books, clothes, food, homes, workspaces, skills, and more. Since 2012, Seoul has followed a “master plan” to bring corporations, organizations, and individuals together to participate. But has all this sharing actually yielded long-lasting and meaningful social connections?

In March 2018, recognizing the rise in so-called “lonely deaths,” or godoksa, when people die alone without anyone noticing for some time, the Seoul Metropolitan Government announced a new scheme of neighborly visits and emergency subsidies. That program identified particularly vulnerable households in Seoul, where more than half of all homes are made up of only one or two members.

The number of single-person household deaths in Seoul reached 366 in 2017, up from 285 in 2013. A majority of these involved men between age 45 and 65. Nationwide, people older than 70 were the most affected demographic.

Today, South Korea can officially be classified as an “aged society.” The country’s birth rate — just 0.98, an all-time low according to 2019 statistics — is the lowest among OECD nations, and its population is the fastest-aging in the developed world. This has led to what President Moon Jae-in has declared a “national crisis,” with large swaths of society in danger of falling through the holes of a deficient social safety net.

About half of South Koreans above age 65 live in poverty, according to a 2016 report by the Korea Institute for Health and Social Affairs, and of those, almost one in two live alone. The number of elderly living by themselves is up nearly 20 percent since 2006.

Beyond regular community check-ins, other programs have emerged to foster interaction and engagement among the elderly.

One is the food-sharing service run by the Yongsan Citizens’ Alliance. Once per week, volunteers — including students, companies, and local unions — get together to cook and deliver meals to senior citizens in their neighborhoods, and chat with them.

“Hopefully, those who are participating in sharing activities will want to partake more and more [because] they feel a sense of togetherness,” alliance secretary general Jeong Eun-ju told Shareable.

Another social venture, SHAREUS, focuses on skill-sharing. It harnesses the rich, diverse knowledge of the elderly and empowers them to teach classes in everything from arts and crafts to finance and lifestyle.

“I was a run-of-the-mill office worker for about 16 years. I found it a shame that the seniors around me had accumulated decades of experience but were not able to put that knowledge to practical use,” founder Lee Byung-hoon told Shareable. “We dream of uniting the vast know-how of the older generation with the younger generation who have just begun finding their way in life … by joining together the past and the present.”

Initiatives like these aim to address the social isolation faced by senior citizens, but also by young people, through activities that bridge generational gaps. In a lonely society that’s spawned such tech-fueled phenomena as mukbang — an eating broadcast whereby solitary diners can watch others consume copious amounts of food — broke and burned-out youth may be equally at risk of feelings of seclusion and sadness. The thinking is, why not help the two groups help each other?

“The problem of social isolation in Seoul stems from having limited opportunities to meet a variety of people [and] it’s exacerbated by generational differences,” says Lee. “Through even just a bit of natural interaction offline, society might recover from this state of severed generations.”

Today, fewer young people are getting married in South Korea than ever before, with only 264,500 unions recorded in 2017. Within the honjok, or “alone tribe,” culture, people are increasingly living on their own, turning to virtual technology, not real-life people, for their entertainment, and even shopping on consumer websites entirely dedicated to solitary-lifestyle items. South Korea also records one of the highest suicide rates in the industrialized world.

For the lonely, then, programs that facilitate community engagement could be a key part of fostering happiness. These include shared workspaces like Commons Ground, part of the Commons Foundation; coworking and startup incubator space D.Camp; and others. Creating ways to involve citizens in governance can also build connections and community.

Seoul’s Innovation Bureau, the first governance system of its kind in Asia, involves citizens in identifying problems, brainstorming solutions, and making important budget and policy decisions through an online portal and in-person workshops.

In aggregate, the goal is to create a culture of sharing across the city and the country. But while progress in South Korea has been steady — with many program organizers saying they’ve witnessed their sharing services leading to long-lasting, meaningful connections between generations — its also been relatively slow considering the alarming pace of the epidemic at hand. And when it comes to social isolation, a proven health crisis, there’s no time to spare.