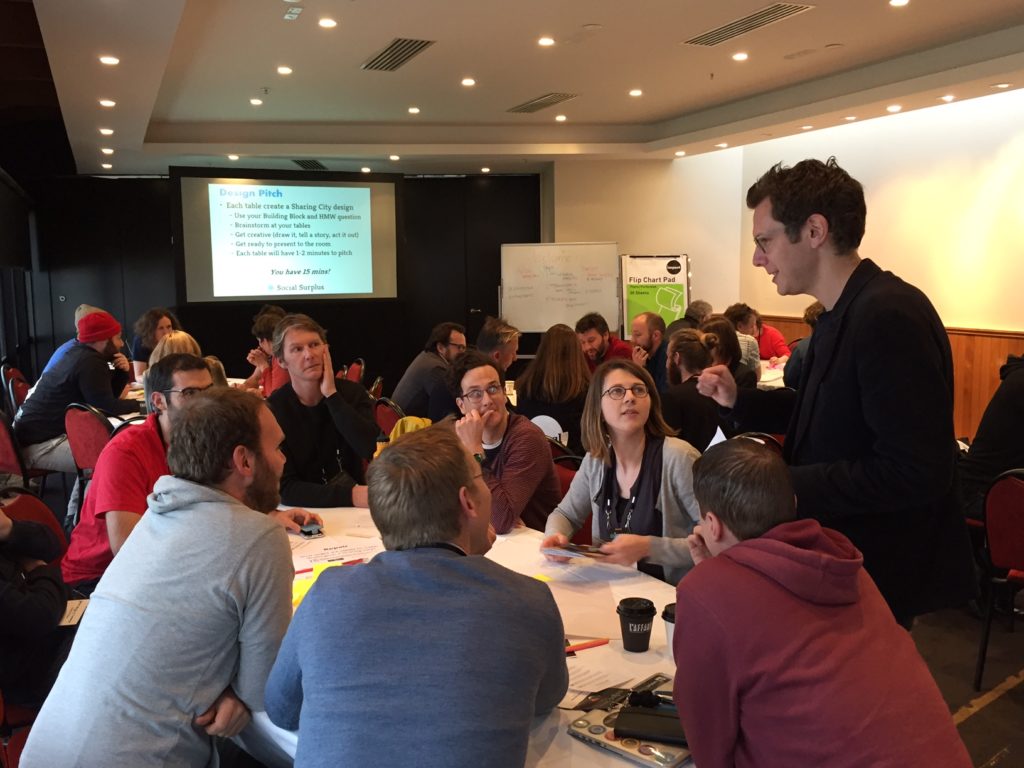 Open Source, Open Society was a two-day conference that took place at the Michael Fowler Centre in Wellington, New Zealand betwen 22-23 August 2016. Run for the second year in a row by the impressive folks from Enspiral, the thought-provoking program included a range of keynotes, workshops and panels all demonstrating how open is better for business, technology and democracy.

I co-facilitated a workshop on Sharing Cities with Helen Kirlew-Smith from Letting Space, a Wellington-based social enterprise that activates underutlised space in the city through a range of creative projects. I opened the session with a presentation on the city as a platform for sharing that should be open by default to ensure shared use of public space, vacant land, idle buildings, shopfronts, parks and to allow street art, urban agriculture, third spaces and civic life to flourish. Cities are much more than just spaces for work and consumption.

The discussion continued with some leading examples from Seoul and Bologna about how democratizing access to assets and infrastructure requires co-design and co-governance for civic institutions to collaborate effectively with residents in stewarding the city as a commons, as Foster and Iaione's recent work has demonstrated. 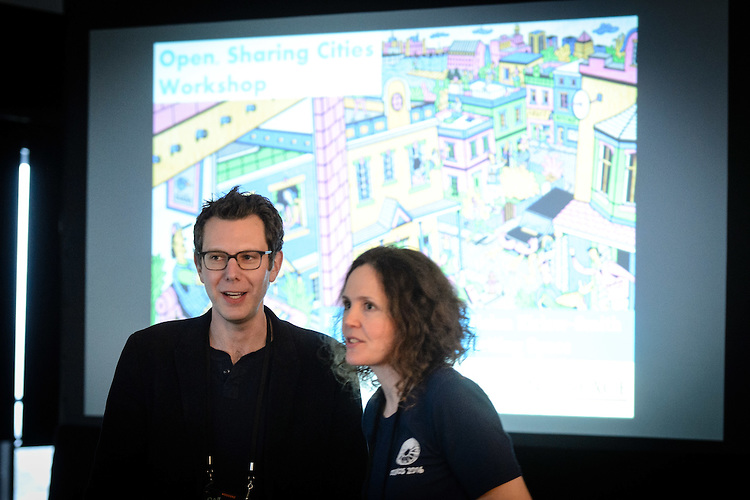 Participants were invited to participate in a workshop to answer this question: "How might we leverage shared assets and infrastructure to make Wellington a sharing city?" I have developed a set of open design principles called "Building Blocks for Sharing Cities" to help groups quickly prototype ideas to activate the urban commons. In this workshop, each table formed into a small design team and were invited to create a sharing cities design pitch related to one of six Building Blocks: Share, Fabricate, Repair, Activate, Steward and Grow.

Share – this group came up with an idea for a co-kitchen – an Airbnb for  commercial kitchens that enable people to launch food businesses to create livelihoods, offer healthy food options to the community, and foster happiness in the community.

Fabricate – this idea was called Connect-able, a mobile hackerspace to enable communities who don't have resources to make stuff as well as an online hub to gather information about tools and expertise.

Repair – this was an idea for gamifying upcycling through a system to geotag broken things so people can pick them up for upcycling. The original owners get credits for offering up broken items.

Activate – this was an idea for a pop-up human library to create deeper bonds within the community and activate expertise in people. This would invite people to sit down and chat to experts about their knowledge and how they can utilise it for the community.

Steward – this group suggested "Community Games", a combination of online and face-to-face strategies to get people involved in generating ideas. The system would stimulate new ideas using a game-like process with prizes and connect neighbourhoods and cities.

Grow –  this group suggested that growing food in Wellington could be increased by tapping people's passion for gardening and matching it with land and space available. It would enable people to get out there, grow food and distribute surplus. It would also help local organisations to use the space for businesses and to feed those in need. 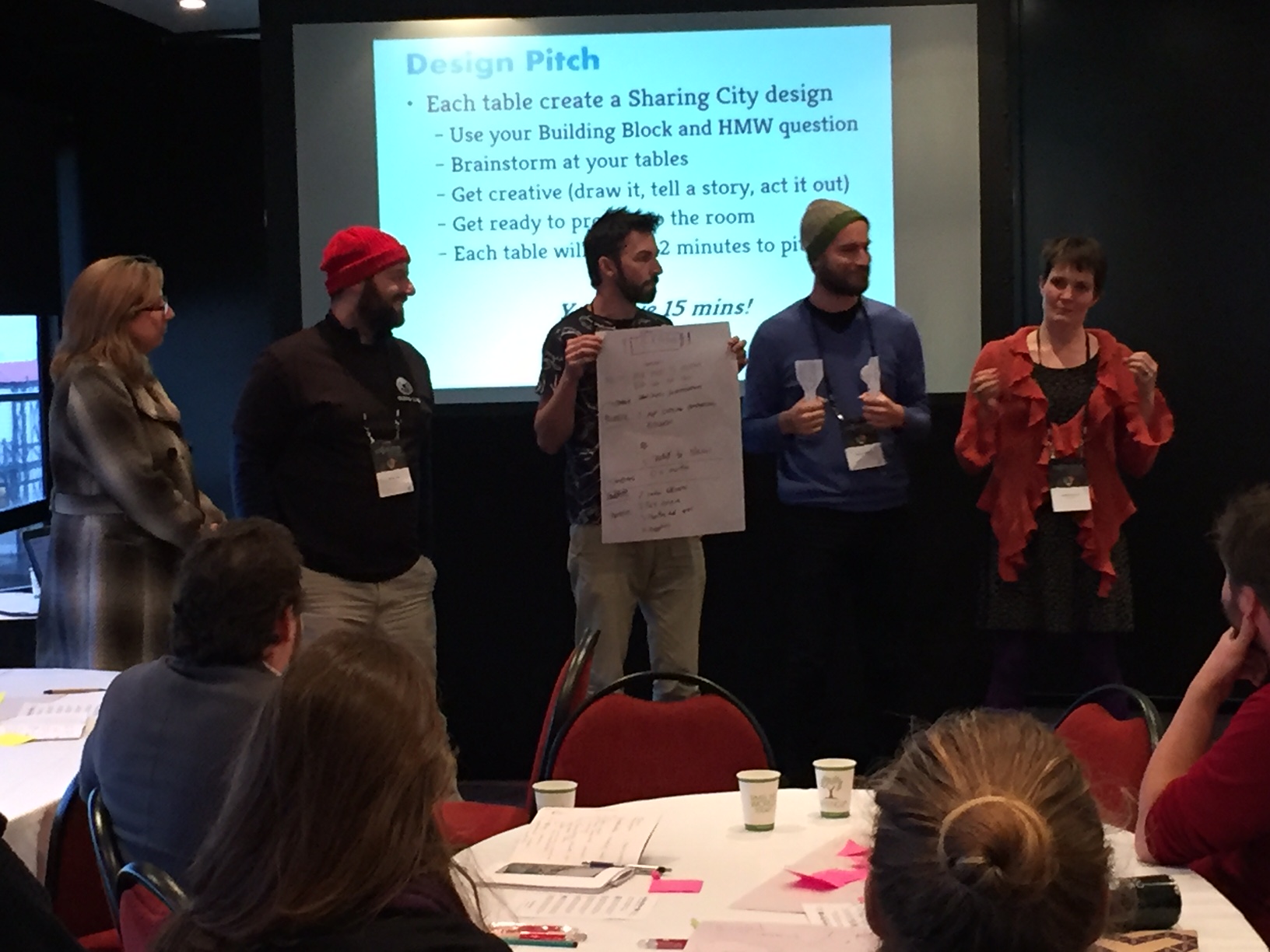 The Sharing Cities workshop for Open Source, Open Society in Wellington demonstrated yet again the abundace of resources that exist in every community – the stuff, space and skills that can be creatively assembled in new ways to address a range of urban challenges.

Thank you to my co-facilitator Helen Kirlew-Smith, Sophie Jerram and Mark Amery from Letting Space, all workshop participants, Silvia Zuur and OS//OS conference team and the liveblogger who posted this summary of the workshop.