How collective giving is transforming philanthropy - Shareable
Skip to content 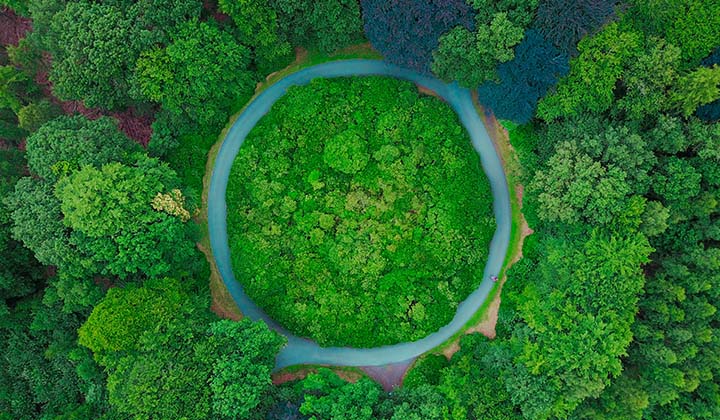 Photo by Thomas Lambert via Unsplash

A new wave is remaking philanthropy and giving across the United States and abroad, starting at the grassroots level. Community-led shared gifting, giving circles or, as they are referred to academically, collective giving, is growing rapidly.

Collective giving is when donors come together to pool resources and collectively decide on how they want to distribute funds. It allows individuals and entities with fewer resources to also participate in philanthropy and can build community. According to the multi-university research center the Collective Giving Research Group, funds distributed through collective giving in the US tripled between 2007 and 2017, totaling $1.29 billion. The movement is widespread, and various forms of collective giving can be found across the country.

“A lot of these groups are trying to build philanthropy among different people,” said Angela M. Eikenberry, part of the Collective Giving Research Group and a Professor of Public Affairs at the University of Nebraska — Omaha.  Eikenberry said collective giving was often employed in communities traditionally underrepresented in traditional philanthropy, such as the Community Investment Network, which connects African-American led giving circles across the country, and the National Giving Circle Network, which is led by Asian-Americans and Pacific Islanders. They also found that these entities are mostly women-led.

One of the early mechanisms for collective giving was Shared Gifting Circles, and at the forefront of promoting this model was RSF Social Finance, based in San Francisco and founded in 1984. In a gifting circle, a group of nonprofit or community leaders decides how to distribute grants to local organizations. Instead of rich donors making decisions, communities determine how to distribute funds.

Initially, these groups were independent and local. That is starting to change, and Eikenberry says the shift towards networks of shared gifting communities was a trend to watch.

“When we first started doing this work, they were individual groups forming all over the place, without any clear connection,” said Eikenberry. “Now, more and more of these groups are part of networks of giving circles.”

An example of this is the Thriving Resilient Communities Collaboratory (TRCC), a network of regional and national organization leaders who work to revitalize local communities across the US. While not strictly a sharing or gifting circle, TRCC uses a co-funding model to distribute grant money among its members, with a twist — participants are not just deciding on who gets money, which is common in giving circles but also funding for their own organizations. The result is more collaboration.

“When people are asked to set their interests alongside the interests of other groups they admire and respect, the recognition is that we’re going to do better if we work together,” said Benjamin Roberts, a steward at TRCC. “Over time, proposals have become more collaborative.”

Roberts highlighted another key point — that TRCC’s model was designed by and for its community. There is no one-size-fits-all way to run or organize collective giving, and nearly every gifting circle or co-funding community operates differently, sharing some characteristics but reflecting local needs and desires.

Expect more new, unique, and radical forms of collective giving to emerge as the movement goes global. Eikenberry is researching collective giving in the UK, where she has seen some differences in how entities function compared with the US. For example, Transition Town Totnes uses the collective giving model to empower the community to transition away from fossil fuel dependence and toward a locally run, resilient clean energy system.

Australia, too, is seeing a rise of collective giving, with Creative Partnerships Australia stating in a recent report that “collective giving has the potential to substantially grow philanthropy and build stronger communities in Australia.”

“As these groups grow all over the world, it will be interesting to see how they will involve in different ways,” says Eikenberry.

While collective giving research often focuses on the money dispersed, Roberts said funding is just one of the functions of TRCC — and perhaps it is not even the most important one.

“The money gives people a reason to show up,” Roberts said. “But over time, it’s become clear that the most precious thing is the set of relationships that have developed.”

Shareable has been participating in the shared gifting process through the Thriving Resilient Communities Collaboratory since 2015.