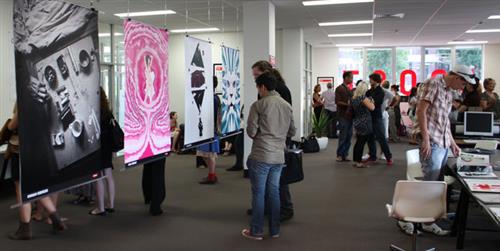 Renew Australia is a social enterprise designed to catalyse community revitalisation across Australia. In this interview founder Marcus Westbury shares Renew's vision for creative space activation. Marcus is crowdfunding Creating Cities – a 'why to' book for all makers, city builders and civic leaders seeking to re-imagine the new possibilities of places.

Shareable: What does the typical Renew Australia project look like?

They may be an incredibly talented jeweller and have a global audience for what they do but when they try and get into a physical space they suddenly find themselves confronted with 5 year leases and very inflexible terms and complex conditions that make it very hard.

So you’ve sort of got this clash of cultures where the low barriers to entry online are encouraging a lot of people to start and do stuff and then the complex barriers to entry that have always been there offline makes it very hard for people who have good ideas and concepts to transfer them into the real world.

What problem is Renew Australia trying to solve?

Renew is trying to address how you transition from low barriers of entry online into physical space.

While you can often have empty property it doesn’t necessarily mean that property is usable, vacant or available on terms so that people who practically desire to use it can actually use it.

So a lot of what we’re doing is about setting up structures that make it easier for people who have limited access to capital or resources to access otherwise vacant space.

What solutions have you developed?

The basic model that we use is a rolling 30 day licensing agreement where we borrow empty properties from their owners while they’re empty and make them available to people who want to use them for short but ongoing periods of time.

That allows us to access a lot of properties that would otherwise be sitting empty and allows us to engage a lot of property owners who might in the longer term be holding out for higher rents and better terms but in the short term we at least try and convince them to do some stuff.

The other side of what we do is to try and unpack the complexity of permissions so that we put structures in place for things like insurance and development applications so that people who might struggle to navigate through these processes can get things done quickly and easily.

What it adds up to is a systemic set of enabling mechanisms that sit between empty properties and people who want to use it that’s basically designed to minimise the complexity and cost of people taking that step. 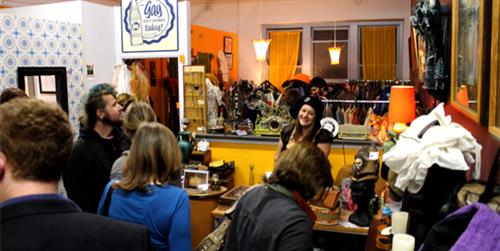 Odditorium Vintage is a galleria, portrait parlour and retail store in a basement space.

Why did you take the step of becoming a social enterprise?
The primary motivation for the project is a community based one to try and do something about a problem in my home town of Newcastle.
We’re trying to create frameworks that aren’t about profits but are about allowing these things to happen in as many places as possible but also recognising that the sector we’re working in whether it’s the property industry, urban redevelopment or economic development, it’s an environment where there are people working commercially and there’s commercial work to do and in some cases it’s easier to do commercial work then it is to do grant-funded work.
We’re just trying to balance two competing interests, one is about the desire to help and support as many communities as possible and the other one is the need to raise funds and revenue in order to do it.
A social enterprise is a means that allows us to do both. We’re a not-for-profit company so being a social enterprise allows us to seek and get grant funding where that’s appropriate but also recognises that we operate in a commercial world and that’s part of what we do as well.
What successful outcomes have emerged?
In Renew Newcastle’s case we’ve done about 130 projects in about 60 empty buildings over 4 years. Two of those projects have gone on to buy their buildings. Some have become full commercial tenants others have come and gone along the way.
It’s made a big difference because there were four blocks in the city with about twenty something empty shops a few years ago and there’s only a handful now. In most cases those spaces are full of commercial tenants and in a lot of cases they’re a project that we directly seeded or attracted to the area.
On the other front we’ve started to help other communities so there’s projects now starting all over the country. There’s Renew Adelaide which has been an award-winning project in its own right, there’s Pop-up Parramatta in Sydney and there’s 20-30 communities around the country in some stage of setting up their own Renew related projects.
So it’s an idea that’s had a lot of traction in a lot of communities. It’s a no brainer really because you’re taking something that’s either been disused or underused and developing structures to make sure that it’s utilised in ways that benefits all the stakeholders whether it’s property owners or the local community as a whole or people who want to do stuff.
It’s a bit counter-intuitive and it often takes a bit of time to convince property owners and the various levels of government that it’s worth doing and that people will want to do it and when they do there’s a high degree of recognition that it can and does work very well. 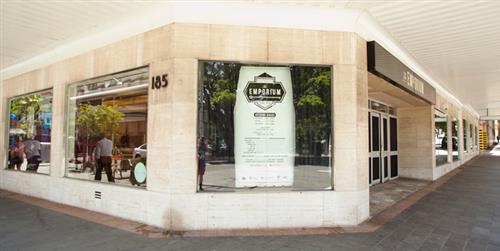 The Emporium transformed the ground floor of a former department store into a treasure trove of art, fashion, furniture & design by local makers.
How does Renew Australia's work relate to the sharing economy?
We’re finding a new way to allocate the resource of space so that more people can use it more effectively and more often which is part of the same challenge the sharing economy is responding to.
But I think both Renew Australia and the Sharing Economy are symptoms of the same underlying causes which is people’s desire for more flexible arrangements and the way in which technology is enabling people to take on projects or do things that might have not been viable because the cost of organising is a lot lower and people’s desire for participation is strong.
We’re really responding to a very strong urge within the community of people who want to make or be part of what their community is, they don’t simply want to passively let someone else do it for them and that’s certainly something that’s motivating a lot of people.
For a long time a lot of the thinking about how you get communities, cities or retail precincts to work is how you get big, predictable formulaic elements in place, anchor tenants like the big chain stores and department stores.
Whereas I think about it in the reverse, as in how do you encourage a process of experimentation at the micro level that actually enables unpredictable things to take place? How do you get people to try things that they might not otherwise try?
I think for a lot of places where the old retail models are breaking you actually need that diversity of experimentation to bring about resilience and to discover what might work in a place.
There are two meta-trends that converge where we’re working. One is about what’s clearing space out and the other is what has the potential to put things back in there again. Australia has the highest rates of online shopping anywhere in the world and it’s having really profound effects as entire categories of business like video, book and record stores are disappearing.
Retailers offering a fairly indistinct and marginal product are really struggling to survive under that model. On the side you’ve got this really interesting process where communities like Newcastle who once would have really struggled to get their work to an international audience suddenly have access.
They can sell things online, they can get access to global economies of scale, they’re capable of being nimble and responsive while trying lots of different models until they find one that works.
In between the property industry and the policy structures are set up for really formulaic, mass retail intensive development with plans 5-10 years ahead, everything is rolled out under that model.
My argument is you actually need to provide opportunities for people to discover what works by doing it, using experimentation from the local to global level. Whether it’s time or scale of space, the amounts of capital they need to operate.
There’s a tension around scale, essentially we’ve designed systems to work at a very big scale and they often don’t work at a very small one. But increasingly, we’re living in a world where it is the diversity and resilience of small scale connected things, not the handful of big things that are driving economic, community and social innovation.