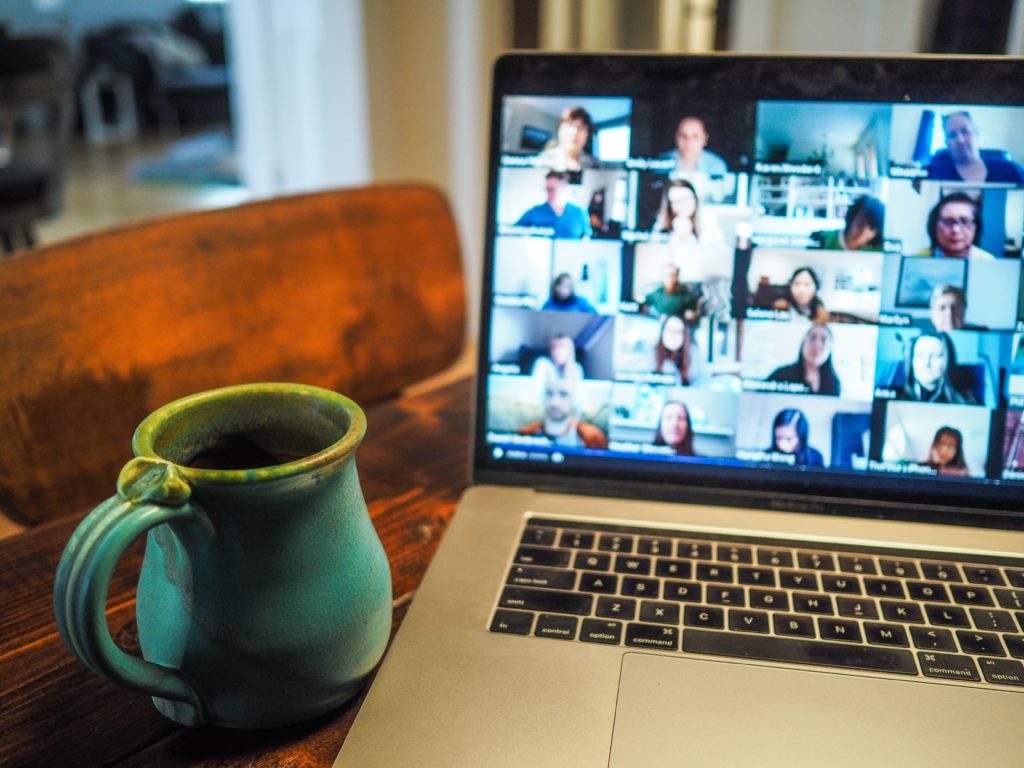 Photo by Chris Montgomery on Unsplash

Editor’s note: Shareable acknowledges that since this article was drafted, readers may be experiencing additional trauma and distress due to police violence against Black Americans and the social uprising this has triggered.

As people approach their fourth month of COVID-19 self-isolation, a new epidemic is emerging: Of loneliness, trauma, anxiety, sadness, and fear. The need to shelter-in-place and isolate from one another is taking its toll, with more than a third of Americans reporting a decline in their mental health.

Kathy D., a court investigator, has been isolated at home since a shelter-in-place order came down in California on March 16. Now, she’s worried about the safety of the children she would normally monitor with home visits and also about her own mental health.

“The challenge for me is that I don’t have a consistent physical presence of other human beings around me,” she said. “I’m not in a deep depression, but I’m not in the healthiest space that I could be, either.”

Lori Hopkins’ father was in a nursing home in New Jersey and doing fine when the coronavirus struck the facility and he died. Hopkins and her family were unable to visit him in person and had to say goodbye via a video call.

“We were just devastated that we couldn’t be there for him,” she said.

Kathy D. and Hopkins are among the millions of people in emotional distress due to the COVID-19 pandemic. James Gordon from the Center for Mind-Body Medicine says that the uncertainty around health safety, economic stability, and the future of our society are adding to the intensity of the pandemic experience which he said was like nothing we’ve seen in this lifetime.

“This is a kind of Petri dish right now, with people’s emotions and past traumas, anxieties, and fears resurfacing, as well as symptoms of chronic illness that were more or less under control,” he said.

Psychologist Yael Gold of Wilmington, North Carolina, said her clients were reeling from the effects of social isolation and fear. “People feel more overwhelmed, and the degree to which that is happening has to do with what their circumstances were before the pandemic,” she said.

One client, whose wife died just before the coronavirus hit, had to move to a new apartment, take care of his 12-year-old daughter, and start working from home in the midst of his grief.

“That was the last straw because the comradery of his work environment was so important to him,” she said. “It created an increased sense of isolation on top of the loss he’s already feeling.”

While many people are connecting with friends and family through video calls, broader community contacts such as coworkers and hobby groups are as critical to staving off loneliness as close ties, says former US Surgeon General Vivek Murthy. We may be experiencing a loneliness pandemic that increases our risk of experiencing poorer mental and physical health, Murthy said.

“Physical distancing is not only [showing] how important relationships with family and friends are, but also how meaningful our interactions with neighbors, relatives, and strangers in our communities are,” said Murthy. “There is a sense of connection we experience, even with strangers, that’s very valuable, that makes you feel like you’re part of something bigger.”

Social psychologist Dacher Keltner said being in a community provides a sense of calm, trust, and safety that’s important to our wellbeing, especially during crises. However, he said it’s challenging now to nurture relationships when we can’t rely on in-person eye contact, facial expressions, vocal tone, and physical touch to tap into the brain’s neurophysiology that helps us connect. Without physical contact, you need to get creative, he said.

“We really need to think about what keeps our community around us and turn to other modalities,” he said.

Many are trying to foster a wider sense of community by turning to online groups that share a common interest such as meditation, quilting, music, and books.

Kathy D., who went to dance classes before the pandemic, discovered the Alvin Ailey Dance Company’s free online workout, which allowed her to be in a community of other dance-lovers while getting the exercise she needed.

“I came close to that feeling of ‘flow’ and being entirely in the moment, which is so nourishing to my mind, body, and spirit,” she said. “Even though I was alone, I didn’t feel alone because others were sharing the same experience.”

Shared rituals are another way of fostering community. The loss of transitional rituals such as weddings, graduations, and funerals can be particularly hard. When Hopkins realized that she couldn’t hold a large funeral for her father, she was devastated and frustrated. But she decided to create a video montage of family members holding pictures of her father with superimposed messages of love all set to music. It wasn’t a replacement for a community gathering but the messages she received from friends and family made her feel less alone.

“People started sharing their stories, especially my dad’s friends on Facebook,” she said. “Pictures and memories and their condolences to the family were just pouring out. And, that helped… some.”

Keltner says shared experiences like these cause our brains to release feel-good neurochemicals, such as oxytocin, dopamine, and natural opioids, which make us feel more empathic and strongly connected to others. “While there are a lot of things that can activate a sense of community, giving service may be the most powerful.”

According to research, acts of kindness are often contagious, which builds trust within communities that could outlast the pandemic.

Creating community by helping others is what motivated Paige Wheeler Fleury to create Oakland At Risk (OAR), an organization matching volunteers with their neighbors in need. Volunteers deliver food and supplies to vulnerable residents as well as providing care and friendship.

“We’ve had a lot of people who are experiencing anxiety in the community and just knowing they’ve got someone to call helps tamp down that anxiety,” Wheeler Fleury said.

OAR volunteer Carly Hodes was matched with a veteran who lived alone in a senior housing center and began checking in with him and bringing him items he needed — something that helped both of them cope.

“It’s incredible to feel like you’re contributing, even if you’re just helping a few people,” says Hodes. “You’re part of a bigger safety net that is helping care for the community.”

The giving went both ways, said Hodes. When she couldn’t find any rubber gloves in stores, the veteran gave her several pairs from his own supply.

Still, many people don’t ask for or get the help they need, Wheeler Fleury said. She blames the cultural value placed on individualism and self-sufficiency that makes people suffer alone.

“We think that everything is done by merit; if you work hard enough you can get it,” she said. “For somebody who has been incredibly independent their whole life, it’s a little soul-crushing to ask for help or admit they are at higher risk.”

However, the benefits of reaching out are profound. Gordon from the Center for Mind-Body Medicine said community support was especially important now that everyone is suffering together. He said people could reduce anxiety on their own by practicing slow belly breathing, movement, and affirmations. However, it was more effective to practice together in groups with a common goal, he said.

“We need to create supportive networks so that people can share their experience with each other,” he said. “When they see they’re not alone, it’s particularly reassuring.