Can ‘Cathonomics’ produce a just and sustainable world? - Shareable
Skip to content 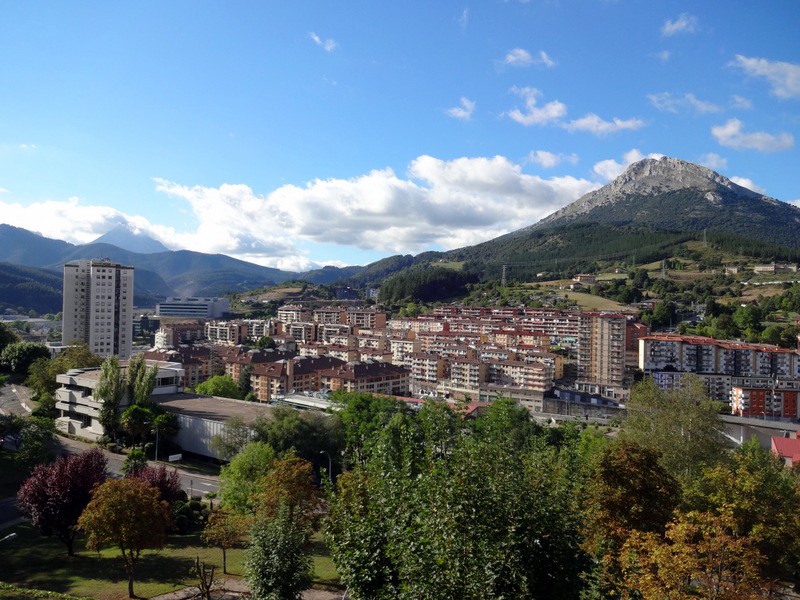 Mondragón, a small town in the Basque region of Spain, is home to the world's largest worker cooperative. The Mondragon Corporation was founded in 1956 by Catholic priest José María Arizmendiarrieta and built on the foundation of Catholic social teaching. Credit: Richard Hobbs

Editor’s note: The common good is an old idea and one that Pope Francis insisted on bringing up repeatedly after his arrival in the Vatican in 2013, in the lingering aftermath of the 2008 financial crisis. Echoing Francis, former International Monetary Fund economist Tony Annett’s new book, Cathonomics, argues that our economy has become deadly to many people, precisely because it so often defeats our efforts to work for a common good. He also offers an alternative framework, grounded in the spiritual principles of Catholic social teaching.

During a recent interview for Shareable, Annett sat down with Ownership Matters’ Elias Crim to discuss the book’s key focus.

Some questions and answers have been edited for clarity.

Elias Crim: You’re a professional economist. Give us your sense of the state of your profession at this moment, and how your views of it have evolved over the years.

Tony Annett: I got my PhD in Economics from Columbia University in 1998, and spent a lot of time studying neoclassical economics. I had very little exposure to Catholic social teaching at the time.

I was given a book on the subject by a Jesuit priest. I glanced through it and my first reaction was, this seems very well meaning, but it’s a little bit naive. This was the ‘90s, after all, then the neoliberal ‘90s, as they call them, and then in 1998, I went to work at the IMF. In 2009, I became the speechwriter to the managing director.

The trajectory changed for me after the global financial crisis of 2008-2009. While most economists were trying to understand the financial interconnections of the economy and to propose technical solutions, to me it was fundamentally a moral and ethical crisis, a crisis of greed and of complete disregard for the impact of individualistic decisions on society as a whole.

Elias Crim: Many non-Catholics, even many Catholics, are not aware there is such a thing as Catholic social thought. How would you define it?

Tony Annett: Catholic social teaching is a sequence of papal encyclicals. The ones with a social (rather than just theological) emphasis began in 1891 with a document called Rerum Novarum (“On New Things”) from Pope Leo XIII. He was looking at the economic and social upheavals of the Industrial Revolution, which was something new in the world.

In Catholic tradition, there are timeless moral principles that can be applied to the economy, going back to the Hebrew Scriptures, the teachings of Jesus. — Cathonomics author, Anthony Annett

Catholic moral principles go back in a different direction to the virtue ethics of Aristotle, and to the high synthesis of Christianity and ethics by Thomas Aquinas.

So the groundwork was there, but what was not there was applying these kinds of principles to the modern circumstances of the economy at that time. Pope Leo was concerned with the upheavals as workers left the land and crowded into factories, with very unjust conditions for low wages, long hours, and other injustices.

Since then, other encyclicals address issues taking us all the way through the Great Depression, the post-World War II period of decolonization and up to the global financial crisis of 2008, with Pope Benedict XVI’s famous encyclical Caritas in Veritate, and then in 2015, Pope Francis’ document, Laudato Si’, talking about the greatest challenge facing us today, which is the environmental crisis, which is undermining the very conditions for human flourishing.

Elias Crim: I thought we might quickly touch on some of your 10 key principles of CST, putting them into everyday terms. I’m starting with the big one, the common good.

Tony Annett: The common good goes all the way back to Aristotle. And in a nutshell, in one sentence, the common good is the good of our shared social endeavors that transcends the good of each individual and can’t be divided into the individual goods that make it up. It’s basically the idea that the whole is greater than the sum of the parts. We are bound together and community, tied to each other intimately. And that includes the economic sphere.

Elias Crim: How about this concept of integral human development?

So that includes economics, includes social, political, but it also includes emotional, aesthetic, religious. I would argue that you need the material basis of that, which includes food, clean water, sanitation, health care, education, clean energy, housing, all these things, these basic economic rights. If you don’t have them, you are blocked from achieving who you’re supposed to become.

Elias Crim: How about integral ecology?

Tony Annett: It’s the newest principle of Catholic social teaching, coming from Pope Francis. It teaches that how we treat the environment and how we treat our fellow human beings are intimately related to each other. It’s what Francis calls the cry of the Earth and the cry of the poor.

If we mistreat the planet, through pollution or ignoring climate change, we hurt the poor, because the poor are on the frontlines of climate change. And it goes the other direction, too. If you hurt the poor, you end up hurting the environment, because you show a kind of disdain and a great disdain for the panoply and beauty of the natural world.

Elias Crim: OK, here’s one of the big ones: solidarity.

Tony Annett: I’d say Pope John Paul II gave the best definition with the idea that we are all responsible for all, that we are connected together as a human family. And in a globalized world, that extends to every human person in every corner of the world. It recognizes our interdependence, it calls for a moral response to that in the interdependence.

Elias Crim: How about reciprocity and gratuitousness.

Tony Annett: It means that you can give as well as seek profits for yourself. In the Adam Smith tradition, there’s the idea that if everybody acts out of self interest, you will achieve the common good. Catholic social teaching says that that’s not the case.

But if you seek to actively give a social benefit to the other person, not expecting anything in return, you might receive something in return—like the gift giving process. So that’s reciprocity in gratuitousness. In a nutshell, they are human-level principles, embedding ideas of fraternity and friendship in every economic transaction.

Elias Crim: OK, here’s one that is sometimes a hot potato, the universal destination of goods.

Tony Annett: The universal destination of goods is an overriding principle in Catholic social teaching, as it relates to economic ethics, and basically says that the goods of the Earth belong to everybody, without exclusion, without exception, not just to the rich. This goes back to the very beginning of the Hebrew scriptures where you have principles like the sabbath, like leaving the gleanings of your field for the poor. And debt relief, every seven years. And in the early church, St. Ambrose saying that the goods of the Earth belong to the poor, not the rich. And if you are hoarding goods, you are hoarding goods that belong to the poor.

Some people say this sounds like communism. To which I would say, no, this isn’t communism, this is Christianity. It’s who we Christians are. As Pope John Paul II said, private property always comes with a social mortgage.

Elias Crim: How about the preferential option for the poor?

Tony Annett: This is really related to the universal destination of goods and the principle that God is especially close to the poor. We say as Christians, we are called upon to see the face of Christ in the poor. And as Matthew 25 puts it, not only that, but our eternal salvation depends on how we treat the poor.

Do we feed the hungry? Do we give drink to the thirsty? Do we visit the imprisoned? Do we clothe the naked? So the preferential option of the poor says that all economic decision-making should first and foremost consider how it’s affecting the poorest people in society.

Elias Crim: Finally, Tony, what are your thoughts on how the principles of CST—whether formally declared or otherwise—are in fact already engaging with the public realm and have been for some time. I’m thinking particularly of the background for the U.N.’s Sustainable Development Goals.

Tony Annett: When Pope Francis visited the U.S. in 2015, he addressed the U.N. on the morning they endorsed the 17 sustainable development goals—and not by accident. These goals are deeply resonant with Catholic social teaching. They align in the shared aspiration to things like zero poverty and hunger, a right to education for all to the secondary level, a right to health care for all, gender equity, clean water and sanitation, clean energy, reduced inequalities, protection of biodiversity and land and water, sustainable consumption and production.

If you go back in earlier history, it’s a similar story with the U.N.’s Universal Declaration of Human Rights in the 1940s.

I would also acknowledge here that the principles of CST are not that well known—even among Catholics—so there’s a lot of work to do, both with Catholics and non-Catholics. You do not have to be Catholic, you do not have to accept the theology and beliefs of the Catholic Church to accept principles like the common good and solidarity and the universal destination of goods. But I do think there’s a need for a new, social democratic moment which can be informed by these principles.

Cathonomics is out now. Learn more and find a copy here.

Check out these previous interviews:

Elias Crim is the founder and publisher of Solidarity Hall and founding editor of Ownership Matters.

Elias Crim is the founder and publisher of Solidarity Hall and founding editor of Ownership Matters.