Terry Bisson is the author of seven novels: WYRLDMAKER (Pocket, 1981); TALKING MAN (Arbor House, 1987), a World Fantasy Award nominee; FIRE ON THE MOUNTAIN (Morrow, 1988); VOYAGE TO THE RED PLANET (Morrow, 1990); PIRATES OF THE UNIVERSE (Tor, 1996), the most-reviewed SF novel of 1996; THE PICKUP ARTIST (Tor, 2001); NUMBERS DONâ€™T LIE (Tachyon, 2005)--and two novellas, DEAR ABBEY (PS Publishing, 2003), nominated for the British Science Fiction Association (BSFA) award, and PLANET OF MYSTERY (PS, 2009). Bisson's short fiction has turned up in Playboy, Asimov's, Omni, Fantasy & Science Fiction, Socialism & Democracy, Southern Exposure and Harper's. A first collection, BEARS DISCOVER FIRE, was published by Tor in the fall of 1993. IN THE UPPER ROOM, published by Tor in May 2000, includes the Locus and Nebula award winning "macs," which also received France's Gran Prix de l'Imaginaire. In 2005 San Francisco's TACHYON published a new collection, GREETINGS. PS of England is publishing BILLYâ€™S BOOK in 2009. The short story "Bears Discover Fire" (published in Asimov's) swept almost every honor in the SF field in 1990-91, including the Asimov's and Locus readers' awards, both the Nebula and Hugo awards and the Theodore Sturgeon short fiction award. In 1993 Bisson was given the Phoenix Award (DeepSouthCon) for his work as a Southern SF writer. In 1998 he was awarded a Fellowship in Screenwriting and Playwriting by the New York Foundation for the Arts. In 1999 he was inducted into the Owensboro, Kentucky HALL OF FAME. In 2000 "macs" won another short-story Nebula. â€œTheyâ€™re Made out of Meat,â€ a 2001 Nebula nominee, is an internet favorite. In 2006 Stephen O'Regan's film of "They're Made out of Meat" won the Grand Prize at the SF Short Film Festival in Seattle. Several of Bisson's stories have been produced onstage in New York, and many others have not. "Bears Discover Fire" was adapted by Ed Smith for Georgetown College's Kentucky Onstage series in 2002. "Necronauts" is soon to be produced by Komodo Film in Jakarta. Some of Bisson's stories are on the internet as radio plays, featured on The SciFi Channel's "Seeing Ear Theater." TB's works for Seeing Ear also include "Orson the Alien," the 60th anniversary commemoration of "The War of the Worlds" which was broadcast live from the Museum of Television and Radio at Rockefeller Center in 1998. Bisson's non-fiction articles and reviews have appeared in The Nation, Glamour, Automotive News, New York Newsday, Writerâ€™s Digest, Covert Action Information Bulletin, the Los Angeles Times, The Washington Post, The Whole Earth Catalog and the Park Slope Food Coop's Linewaiter's Gazette. 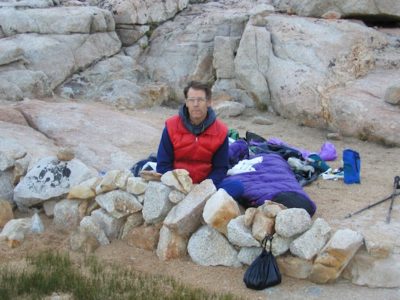