1. Born in the panhandle of Texas in 1942 of an Irish lass and a Mississippi gentleman...Grew up deeply Catholic in a bible belt with a nurse, a doctor and

1. Born in the panhandle of Texas in 1942 of an Irish lass and a Mississippi gentleman...Grew up deeply Catholic in a bible belt with a nurse, a doctor and three brothers, on land as flat and rolling as the ocean, under an enormous vault of sky either full of sun or moon, and in the face of constant wind...Got the message at 16 that "the world doesn't work." 2. Entered a Kansas monastery in '63, left in '66; entered law school in NYC in fall of '67 and left in winter of '67; became an 'outside agitator at Columbia in April of '68 and discovered that the far left can be as top/down as the middle and right...deeply involved in group dynamics and community organizing in NYC '68-'73...bottomed out in Phoenix '73-'76. A member of the desegregation unit of Austin school system '76-'80. 3. Co-founded an intentional community in Staten Island, NY in '80, in part an experiential research center in democratic culture...still there 30 years later...immersed in the worker co-op and solidarity economy movements since 2007 with the Valley Alliance of Worker Co-operatives (New England), GEO, and the Community Economies Collective.

Things I share: my thinking on the nature of solidarity and how to develop it; solidarity economics 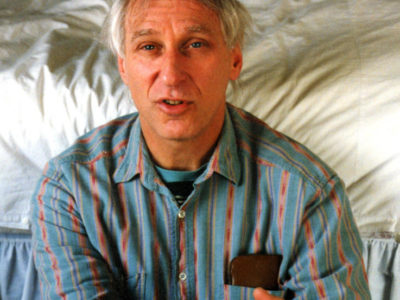