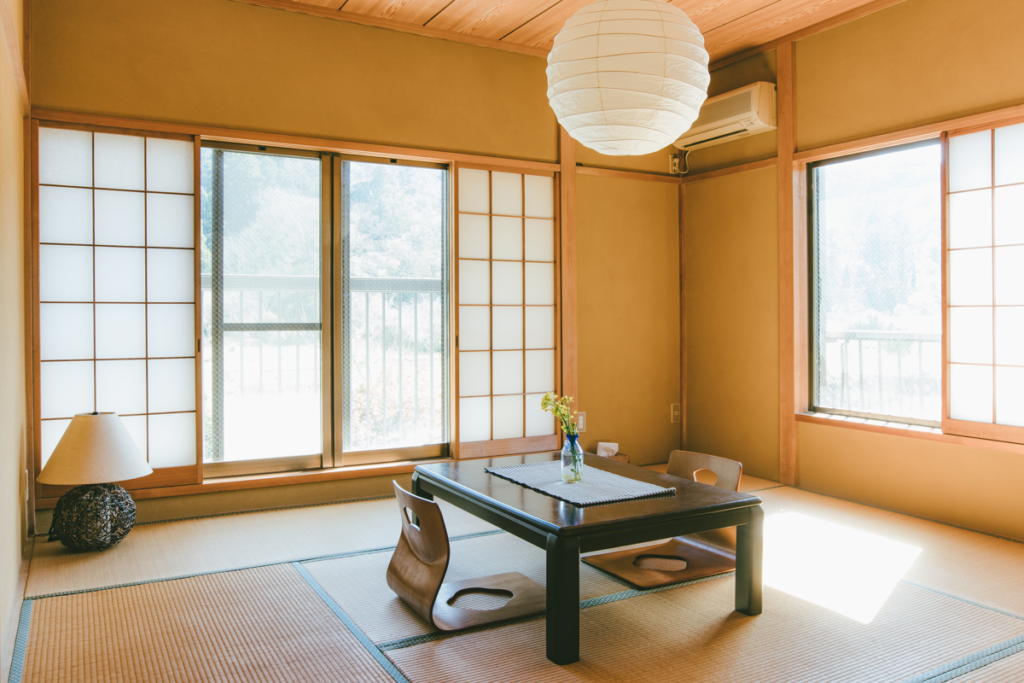 The serene interior of a house in ADDress' coliving network made of repurposed vacant homes. Credit: ADDress

Along with Japan’s shrinking and aging population come attendant problems that are tearing at the fabric of this ordered society. One such issue is ‘akiya’ — vacant or deserted houses. A 2013 government report stated that more than eight million properties were unoccupied, and almost two million had been abandoned. According to think tank Nomura Research Institute, by 2033 the number of akiya will grow to  21.7 million, or about one-third of all dwellings in Japan.

As the Japanese government struggles to find solutions, local authorities, nonprofits and companies are stepping in to explore ways to use this glut of homes that nobody wants to live in.

One example is ADDress, a shared house service platform which works on a subscription basis. ADDress was launched in April 2019 and is backed by Gaiax, a firm that focuses on social media and the sharing economy to work on various issues. Takashi Sabetto, president of the ADDress operation, says the mission is to put the akiya to good use while also helping people to build community connections.

Upon joining the service, members can stay at any of the houses in the ADDress network, but this is no carbon copy of the Airbnb model. Sabetto says that ADDress users range from families and couples on weekend getaways from city life, to digital nomads and corporate employees seeking a new working style. However, what makes ADDress particularly unique is that it utilizes houses in rural areas with declining populations, with the aim of forging ties between visitors and local residents.

Sabetto has been passionate about the sharing economy since his student days and is at the forefront of Japan’s burgeoning interest in this sector. Before launching ADDress he founded the Sharing Economy Association of Japan, another initiative that comes under the Gaiax umbrella, and is a man on a mission to promote the merits of co-living.

While Japan’s diminishing population is invariably cited as the main reason the akiya problem exists in the first place, there are additional underlying factors. Empty or abandoned dwellings can be found all over Japan, and even in Tokyo it is thought that as many as 10% of homes stand empty. However, Sabetto points out that the problem has hit rural areas particularly hard. “The younger generations tend to gravitate towards the cities when they go to college or start work,” he says. “Even if someone inherits a house back in their home town after their parents pass away, it’s expensive to maintain the house so they just leave it standing empty.”

The Japanese tax system is exacerbating the situation, too. Homeowners are charged a special low rate for property tax, making it cheaper to leave a house standing, regardless of the condition. Property taxes are a staggering six times higher when a home is demolished, so it is little wonder that people choose just to leave things as they are. As a result, empty and dilapidated homes are dotted all over the archipelago, becoming potential fire hazards, inviting crime, and bringing down the value of surrounding properties in the neighborhood in the process.

Sabetto thought carefully about the model for the ADDress business. Since building connections between visitors and locals is one of the goals, it was imperative to have the right system in place to facilitate this. Each property in the ADDress network comes under the care of a custodian known as a “yamori” (ADDress’ neologism based on the term iemamori, literally “someone who takes care of the house”), but their role is as much as about looking after the people as the buildings.

“I wanted ADDress members to feel the heart of the places where they are staying and interact with the residents in the area… to try the restaurants, go to the  local festivals, and that kind of thing. This is where the yamori come in. They act as a pipeline between visitors and the people in the community,” Sabetto explains.

He adds that people in rural areas, particularly the elderly, can sometimes be wary of outsiders, which may be construed as unwelcoming. “The yamori can help with this, too. They can reassure the locals, and let them know that people who stay in ADDress houses are genuinely eager to learn about the community and have meaningful interaction.”

Sabetto says it takes a special kind of person to fill the role. Tomoko Mori is yamori for a property in the Izu Kogen area in Shizuoka Prefecture. “I didn’t know anything about ADDress beforehand,” she admits. “The owner of the property approached me about taking on the role of custodian.”

Mori sees great value in her work. “I’m delighted that ADDress brings city people out to a country town like this with few people. I tell them about the charms of the area and facilitate ties with the locals as much as I can.”

The cost for participating in ADDress is currently 480,000 yen annually or 40,000 a month. Members can stay at any houses in the network, as long as there is a free room for their dates, and the cost also covers Wi-Fi, utilities and cleaning charges. Moreover, a member’s family, such as partners and children, can join them at no additional cost when sharing a room. For those wanting to try out the service on a more casual basis, ADDress also offers month-long subscriptions for 50,000 yen a month. However, Sabetto says that the majority of users have joined for a year at a time, indicating faith in the value of the model that ADDress is promoting. A six-month membership option will start in September.

While ADDress users represent a broad cross-section of Japanese society, around 70 percent are in their 20s and 30s. “We tend to attract people with a flexible work schedule or workstyle, who are not tied to one location — digital nomads, for example,” says Sabetto. “We also have families with young children who want to get out of the city at the weekends and explore different parts of Japan.”

Subscriber Yuki Nagamatsu says that ADDress works well for her family. “We stay over in the properties when we travel by camper van with our one-year-old son. The properties are easy to use and we can get together with the locals, too.”

Sabetto adds that ADDress is also attracting middle-aged couples who are keen to experience life in various locales. “In some cases, they might be looking to move out of the city upon retirement for the ‘second stage’ of their lives.”

There are real estate companies who specialize in matching urban dwellers with akiya around Japan. However, it takes considerable courage to pack up and commit to moving to an entirely new region, particularly in a society which places value on collective bonds and where it can take newcomers a long time to truly “fit in.”

This ties in to another advantage of the ADDress  model. “Whether it’s a couple looking ahead to moving after retirement, or a family who want to raise their kids out of the city, it’s a good way to try out various regions,” says Sabetto. “Interacting with the local people is a big part of this. It’s not just like going somewhere for a short vacation. You really can get a taste of the lifestyle if you want.”

Hideoyo Obata works as a product manager for a web service firm. “As a single person, it’s hard for me to forget about work, even after coming home on a weekday, but thanks to ADDress, I can get away from my laptop and workplace and completely leave it behind.”

His experiences with ADDress have spilled over into Obata’s daily life in Tokyo. After travelling to and staying in the properties with just the necessities, he has pared down his possessions. “I’ve now moved to a place half the size of the one I lived in before I signed up with ADDress,” Obata explains.

It isn’t just individuals and families who like what ADDress has to offer. Seeing value for their employees, a small number of companies have joined as corporate members. One of these is NPO Florence, a nonprofit promoting childcare and welfare solutions for young families. Yusuke Yamaguchi from the organization’s general affairs department says that ADDress serves a dual function for their employees. They can enjoy getaway breaks in their leisure time, and utilize the houses during business trips or for off-site meetings.

Yamaguchi believes ADDress is a good match for NPO Florence. “We’ve seen an increase in staff conducting training sessions and team-building events at the locations, and I hope that ADDress will continue to help us to promote a variety of working styles.”

Sabetto and his team have big plan for ADDress. By September 2019 the platform will have 26 properties on offer throughout 12 prefectures in Japan, but the long-term goal is to have a million members and 200,000 properties by 2030. “Of course, that’s still only a fraction of the total number of akiya,” he points out. “But it is a good start.” Moreover, Sabetto plans to create partnerships in other sectors with ADDress, such as a tie-up with major airline ANA slated to start on an experimental basis this fall. There are no shortage of possibilities ahead for this man with a mission.