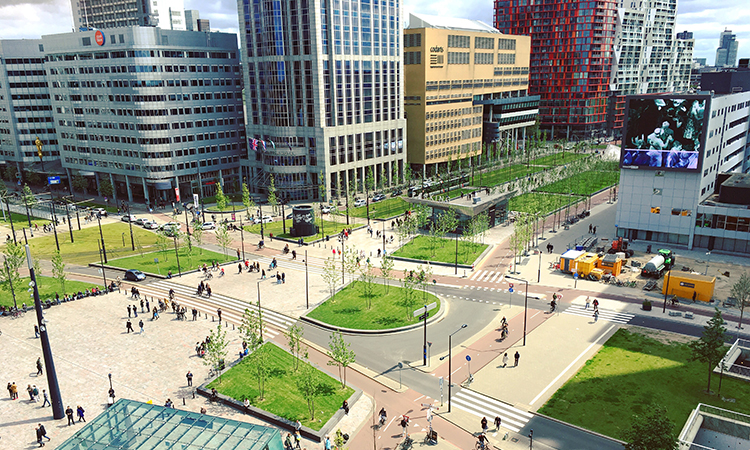 Data about land is a highly coveted resource in most cities. Indeed, knowing the characteristics of a given lot, its value, its ownership, and its risk exposure provides strategic information for urban planners, investors, and citizens. Too often, this data is managed as a bounty by local public administrators who restrict access. This certainly hinders transparency and generally the sharing of information, even among local government agencies themselves. Preceding national policy (2011), however, the city of Rotterdam has elected to explore the application of open data principles to land policy. Over 500 geospatial datasets are open. Some are open by national law, such as large scale topography and building information, but many additional datasets have been opened by the forward-looking local administration, including aerial photos, 3D city models, underground infrastructure such as cables and pipelines, and more. This policy is rooted in the understanding that open data enables collaboration across agencies in the city. This is seen as instrumental to achieving a municipal vision of becoming a smart and resilient city ready for the next economy.

This piece was written by Adrien Labaeye, based on materials provided by Rob Poll-van Dasselaar and Joris Goos (city of Rotterdam).