Why we need a change in climate - Shareable
Skip to content 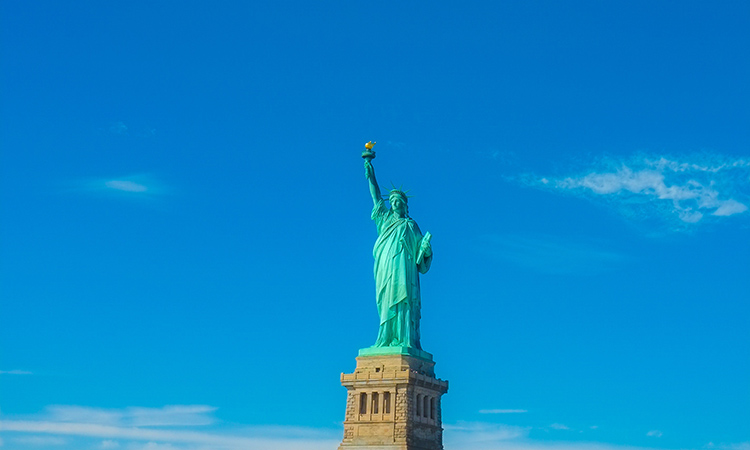 Editors note: this op-ed by Marvin T. Brown points out with searing clarity that injustices contribute to social isolation, disempower us, and keep us from tackling our most pressing challenges like climate change. We need a new climate of justice and new civic identities to right wrongs, come together, and move forward.

The recent uproar over white celebrities who were arrested for paying to get their kids into Ivy League colleges focused on the gap between our rhetoric around equal opportunity and the reality of the role money plays in college admissions.

The managing director of a company caught in the scandal brushed the activities off as par for the course. “Is that unfair? That the privileged can pay?” asked Brian Taylor. “Yes. But that’s how the world works.” What he’s pointing to is the fact that this is just one aspect of the climate of injustice we live in every day.

From early on in the U.S., our national climate — in other words, the social atmosphere we all live and breathe — has been linked to our faith in American prosperity. It turns out this climate has two serious shortcomings. It’s a climate that ignores the earth’s limited carrying capacity and suffers amnesia about what African-American architect, regional planner, and activist Carl Anthony called “the hidden narrative of race” in his 2017 memoir.

When one considers our whole story, from the European domination of Africa and the Americas to the present, the pervading climate is one of injustice. For some people of privilege, it may not feel like that, but that’s exactly what a climate of injustice looks like — those who do not suffer from injustices can just ignore it.

Working within a climate of injustice, it’s much harder to protect the future for our children and grandchildren. A climate of injustice keeps us separated from one another. It prevents us from joining together to develop workable solutions to our problems. It leads to civic disengagement and disconnection from our communities. It allows us to remain prisoners of our own biases. It prevents us from repairing the injuries caused by white supremacy and racism.

In a climate of justice, people expect broken relationships to be fixed, the vulnerable to be protected, and everyone to get a fair share. These are expectations of fairness, reciprocity, reparations, and negotiations. People give their opponents the benefit of the doubt. They ensure everyone is included. People who are lonely and alienated find opportunities to reconnect. Those who have been wronged are taken seriously and the wrongs addressed. The earth itself is shared and protected.

Here is my suggestion: We gather together as civilians. Why civilians? You probably know civilians as non-combatants. The civilians of Aleppo, at the Rio Grande River, at Wounded Knee are more than that.

During the riots in Ferguson, Missouri, a black teenager said that the police approached black men first as suspects, secondly as civilians. I think he knew what civilians are. They are vulnerable, cannot protect themselves, and depend on officials like the police to protect them, not shoot them. Civilians also have the capacity to organize to press for the recognition of their rights, at least in some places.

Some of us, of course, do not see ourselves as fitting this description. We may do well enough financially that we feel we can simply take care of ourselves and leave the rest of society out of it. The problem is that this difference in wealth, in privilege, in arrogance, maintains the climate of injustice in which we all live today.

We are all contemporaries. We share the earth. We share the city — though sharing the space doesn’t mean we share the city’s wealth, or its land. The wildly uneven distribution of those resources fragments our communities rather than brings them together.

Sometimes we rely on sports to do that. Nothing like a winning sports team to bring us together. If the 49ers would just get back on track. Or if the Raiders would stay in Oakland. We may look to other outside forces, like philanthropists, to help revive and reconnect our communities.

As a privileged white male, I don’t usually feel the vulnerability of many other civilians. My first experience was years ago when I took a brief course in nonviolent action before a small group of us left Nebraska to join in the 1965 march from Selma to Montgomery.

We were asked to lie down, curl up, and remain there so if we were beaten, we would not be harmed. I felt vulnerable, unable to protect myself, and reliant on law enforcement to protect me. I don’t think all white men have to have similar experiences, but I think many of us have to be open to listening to and carefully responding to those who know the truth about living in a climate of injustice. Gatherings of civilians, I believe, could move us toward a climate of justice, where we could repair broken relationships, restore the earth as our habitat, and enjoy each other’s company.

Marvin T Brown lives in Berkeley, CA, and is the author of several books, including The Ethical Process and Civilizing the Economy. He is currently writing a book on the

Marvin T Brown lives in Berkeley, CA, and is the author of several books, including The Ethical Process and Civilizing the Economy. He is currently writing a book on the climate of justice.