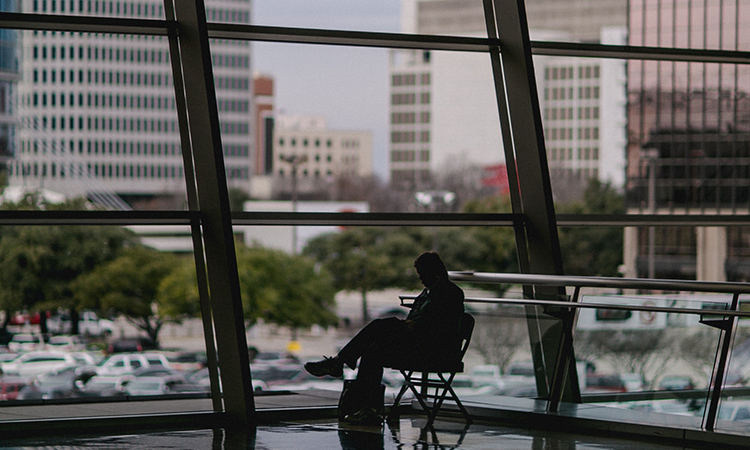 The announcement, in January 2018, that Britain would have the world’s first ever ‘minister for loneliness’ was greeted with consternation. It even sounded like a joke to some American observers. Member of Parliament Tracey Crouch, already the Minister for Sport and Civil Society, had her brief widened to incorporate loneliness. The move was meant to build on work begun by the late Labour MP Jo Cox, who was murdered in 2016, and in whose name a major loneliness commission was established.

The statistics driving the creation of this unique role are grim, and impossible to ignore. A 2016 report by the Co-op and British Red Cross found that more than nine million Brits say they are often or always lonely (about one in seven). About 3.6 million people aged 65 and over say that the television is their main form of company — and around 200,000 older people have not had a conversation with a friend or a relative in more than a month. Yet the problem spans all age groups, not just older Britons, and impacts other existing mental and physical health problems — and even the economy. It is regularly referred to as a crisis.

It’s not just a British-specific problem, of course, and the announcement of Crouch’s role immediately attracted global interest from her fellow politicians. She was soon contacted by representatives from Norway, Denmark, Canada, UEA, Sweden, Japan and Iceland. “I cannot think of a region in the world that didn’t follow this up,” she said last July.

Belgian psychotherapist and author Esther Perel summed up the crisis of the digital age’s ‘shallow ties’ on a 2017 podcast, reflecting on a Wall Street Journal article that cited loneliness as the U.S.’s primary public health problem, above even obesity: “You’ve got a thousand virtual friends, but no-one who can feed your cat if you go away.” A May 2018 survey of 20,000 American adults found 43% felt they were isolated from others — and that adults aged 18-22, “Generation Z,” were the loneliest of all.

Who’s most affected? The most vulnerable

While the establishment of the U.K.’s minister for loneliness has been broadly welcomed across the political spectrum, there is some understandable scepticism about the limits of what they might be able to achieve. “Being up against powerful vested interests, [Crouch] is going to need all the friends she can muster,” wrote Stewart Dakers in The Guardian.

As Neal Gorenflo argued in the introductory piece to this series, loneliness is not just a major public health issue for individuals, but an indictment of an unwell society — of “social fabric in danger of fraying beyond repair.” It is a condition that most acutely affects those who are already vulnerable: In Britain, half of disabled people say they are lonely on any given day. Eight out of ten caregivers say they have felt lonely. And 38% of people with dementia said they had lost friends since their diagnosis.

Refugees and asylum seekers, arriving in a new country without established social networks, and facing a disproportionate number of mental health challenges, as well as overcoming the mountain of bureaucratic, cultural and language barriers, are likewise prone to further isolation when they need support the most. The much-maligned refugee dispersal policies of some EU nations — like those in the U.K. — which deliberately remove refugees from hubs of expatriate support (purportedly to support integration) make this worse.

Loneliness isn’t a problem that emerges from nowhere, or from within. Indeed, Crouch, the first loneliness minister, resigned in anger in November over her government’s slowness in enforcing restrictions on life-ruining gambling machines: exactly the kind of thing that often leads to unmanageable debt, depression and isolation. Her replacement, Mims Davies, is fairly untested, though speaks often of the ‘moral duty’ we have to include older members of our families in our lives. She has suggested taking grandparents on family holidays. She has also expressed interest in technological solutions, citing apps like Mush, which brings together new mothers.

Nothing is being ruled in or out by the ministry — from the idea that loneliness might be increasingly ‘built in’ to communities through the architecture of gated communities, to the closure of unprofitable rural bus routes and pubs leaving individuals isolated, to falling birth rates in more affluent societies meaning multi-generational households are increasingly rare, and more people are living alone.

Next up: More research, and a multitude of interventions

The way forward seems to be firstly, to carry out more research, in an attempt to understand the nuances of a complex problem, and secondly, since the causes are so manifold and the sufferers so diverse, to support as wide a spread of schemes and policy solutions as possible. These range from intergenerational community meet-ups, to activity-driven projects like Age U.K.’s Men In Sheds scheme, to asking doctors/GPs to refer patients experiencing loneliness to community activities and voluntary groups.

There is something conflicting about seeing Britain’s Conservative government congratulated for setting up what is certainly a much-needed role: They do so after eight years of brutal austerity, which has caused misery for our most vulnerable people. Their slashing of local authority budgets has seen a root-and-branch selling off of the public sector institutions which are vital meeting places: libraries, community centres, Sure Start children’s centres and even public gyms and swimming pools. It’s a bitter irony which brings to mind a dry Twitter joke about people who call themselves ‘socially liberal but fiscally conservative:’ “The problems are bad; but their causes — their causes are very good.”

It fits a wider pattern in western neoliberal economies: Governments cut back or sell off the vital organs of the state, rolling back the mid-20th century social democratic norms which boosted living standards, while extolling the virtues of the charitable and voluntary sector which must fill in the gap left by these cuts. It’s something we’ve seen in Britain before, with former Prime Minister David Cameron’s extensive rhetoric about “the big society” — a return to localist, community-oriented values which it is tempting to welcome on its own terms, but which is meant to replace a butchered welfare state.

The challenge for progressives should be to understand and support the important role that interpersonal, voluntarist, philanthropic, or community-based groups, networks and initiatives can play in alleviating loneliness, while not letting the macro-economic and political decision-makers off the hook for further isolating and immiserating society’s most vulnerable.

Dan Hancox is a native Londoner who writes about music, politics, gentrification, cities, protest, public space, food, multicultures, social movements, Spain and more, chiefly for The Guardian, but also the

Dan Hancox is a native Londoner who writes about music, politics, gentrification, cities, protest, public space, food, multicultures, social movements, Spain and more, chiefly for The Guardian, but also the New York Times, London Review of Books, Newsweek, Vice, and others. His first book, The Village Against The World (Verso), told the story of the 'communist utopia' of Marinaleda in Spain, and his most recent book, Inner City Pressure: The Story of Grime (Harper Collins), looked at how music, gentrification and riots overlapped in the first decades of the 21st century. He's on Twitter @danhancox, and his website is danjhancox.wordpress.com.