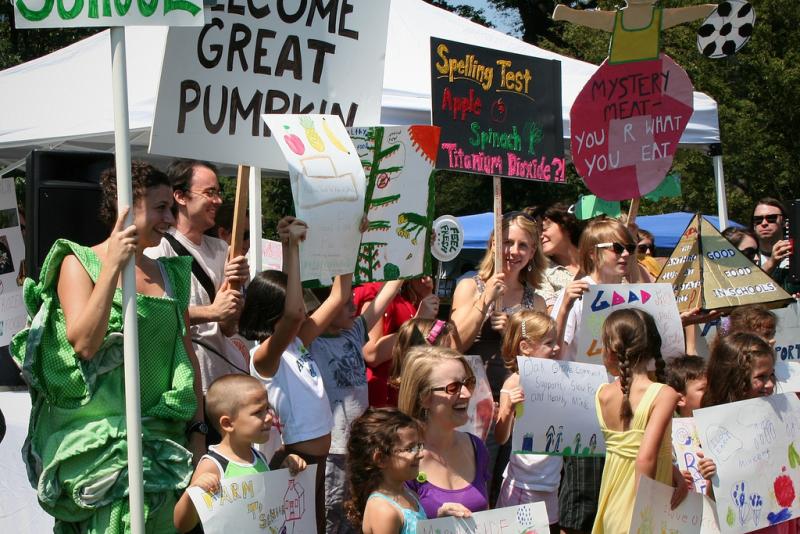 In her article "The Activism Cure" (one of the last pieces I edited for Greater Good magazine before I joined Shareable), author Meredith Maran describes how volunteering, sharing, and speaking up in the decisions that affect your life can actually be good for your mental and physical health, and she cites a heap of studies to prove it.

Now comes another study confirming Maran's argument: psychologists Malte Klar and Tim Kasser found that college students who identified themselves as activists were happier and more fulfilled than non-activists.

"One hundred and twelve student participants were encouraged to write to the college cafeteria director calling on him to source food more locally and ethically," Research Digest reports. "These students subsequently reported feeling more energised and alive than a control group of participants who wrote to the director calling for tastier food and more choice."

In other words, the students who were asking for a better world emotionally benefited more than the students who asked for selfish benefits. (Although it occurs to me that local, ethical food and tastier food are not mutually exclusive!) This has implications for the way we try to involve others in changing the world:

"Activist groups might use these results to help recruit new members from a broader range of people, " the researchers said. "Further, they might be able to find ways to emphasise the psychological benefits of activism to help encourage current activists in their daily struggle for a better society."

Want to get involved on your campus? Start with Campusactivism.org.