Who Are The 99%? Occupy Research Aims To Find Out - Shareable
Skip to content 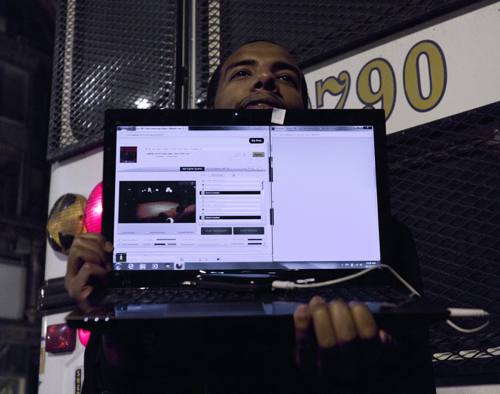 Since the start of Occupy Wall Street, a recurring question in the media and among the Occupiers has been: precisely who among the 99% is taking to streets around the world to protest economic inequality? The simple answer—that it’s a wide array of citizens from different backgrounds who are disenfranchised from the political and economic systems that benefit a very small elite—isn’t particularly useful for a burgeoning social movement. Many journalists and academics have attempted to paint a more definitive picture of the Occupiers, scouring tweets and hashtags, aggregating data from their armchairs. But this approach is in opposition to Occupy’s intentionally horizontal organizational structure, which prizes consensus among large groups of Occupiers and aims to let no voice go unrepresented.

This horizontal philosophy guides Occupy Research, a project initiated by Sasha Costanza-Chock, an Assistant Professor of Civic Media at MIT and the principal investigator at the Center for Civic Media, with the Oakland-based Data Center. Instead of looking at the movement from the outside, Occupy Research aims to give the movement tools and methodologies to research and better understand its own demographic makeup. This is a significant distinction. In Constanza-Chock’s words, “Occupy is a laboratory for directly democratic practices in all spheres of life, and research is something that needs not be done by powerful people—the 1%—to the rest of us.”

A student of the technological shifts in media and how they affect social movements, Constanza-Chock is drawn to Occupy's distributed and non-hierarchical organizational structure. “I have spent a lot of time looking at how the shift to participatory media creates new opportunities, challenges, and how traditional vertical media organizations are threatened by it,” says Constanza-Chock. Following the weekend of September 17th, when Occupy first garnered significant mass media attention, Costanza-Chock enlisted a group of researchers to share notes and data on the Occupy Research Wikispace. “I started working with people in different fields as a way to experiement with open and shared research processes across multiple methods,” he says. “Occupy Research was started in the spirit of the movement, in which we apply the participatory ethic to the project. We decided to set up a place where people regardless of the field could share research and data sets.”

Since its launch, Occupy Research has accumulated over 200 users, compiled an exhaustive list of relevant tools and best practices, and spawned a number of working groups that are working on projects that include map mashups, data visualization, structured field reports, and an investigation into race, gender and class dynamics.

Twitter data has been a popular source for insights on the movement among journalists and researchers, due to the service’s real-time updates and its relatively easily-obtainable data. Occupy Research is no different. “There were a number of people who were interested in scraping Twitter data,” says Costanza-Chock. “Two things were apparent to us: one, why would everyone scrape the same data sets when we could share that data? And two, because Twitter charges for aceess to the full fire hose, meaning you hit rate limits if you access something that’s trending too much, we realized that maybe we should create some tools to do distributed data mining, split up the work and do hand-offs.”

Such research not only takes the temperature of Twitter’s hive mind, but can also clear up misconceptions. Fear that Twitter is censoring Occupy-related hashtags and artificially supressing their appearance in the Trending Topics sidebar has been a recurring meme within the movement. According to Costanza-Chock, research does not bear this out. “When the riot cops were dismantling Occupy LA, there were people concerned that the hashtag was being censored by Twitter,” he says. “How could we tell if a hashtag was being censored? Gilad Lotan did some research and wrote a post about how it’s not about sheer volume, it’s about how many people are using a hashtag over a period of time, and that this is a function of how the algorithm is set up.” Such insights help dispel budding conspiracy theories, and enable more effective tactics. “By actually analyzing the data,” he says, “we can understand how the companies are using it, rather than assuming you’re being censored and then changing hashtags at the last minute, which reduces the effectiveness.”

Aggregating and researching real-time data from the web is only one part of the picture. As Nathan Jurgenson notes in a recent article for The Atlantic, much has been made of Occupy's use of smartphones and social media, yet low-tech methods of organizing and collaboration have played an equally important role. To this end, Occupy Research is using both modern and legacy approaches, codifying sampling methods and creating pen-and-ink surveys in an effort to collect more consistent and useful data. “Most of the surveys have been done on one camp, and not face-to-face, so we’ve collected the surveys, and come up with a general demographics and participation survey,” says Constanza-Chock. Occupy Research is also serving as a hub for coordinating the administration of the survey. “We’ve got teams going out around around the country, and in a couple other countries like Austalia and Spain,” he says. “It’s the first survey that will be face-to-face and in multiple cities.”

Coordinating efforts has another benefit: it reduces the risk that separate groups will duplicate the same work. “On the tools and practices page, we’re aggregating a lot of the systems and tools that have proliferated in the Occupy movement,” says Constanza-Chock. “It’s important to pause, look around at what one another is doing, and find how can work together. You want to build an Occupy map? We want to say, ‘instead of building five Ushahidi instances, here are others you can work with.’ It’s not that everyone should work on the same thing, but hopefully by being reflexive, everyone isn’t doing the same things.” He points to a map of all the livestreams from various Occupations as an example of “cool new tool ideas that come out of people just engaging in dialogue.” 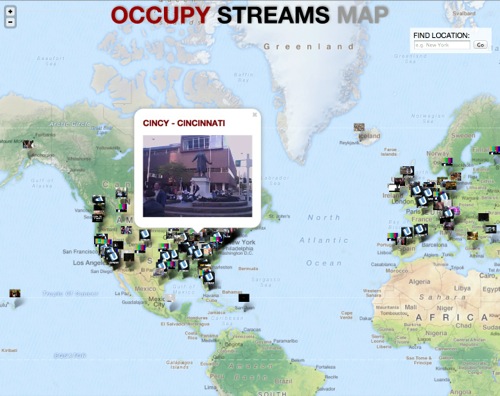 One of the most pointed critiques both within and without movement is towards Occupy's demographic representation of race, class, and gender. The DisOccupy blog collects many such critiques, and the Tumblr OccupyWhiteSupremacy serves as a particularly active node in the discussion about the movement’s own social justice blindspots. Yet to date, much of the insight on the race, class and gender dynamics has been based on anecdotal information and observations. Occupy Race, Class and Gender is a working group devoted to researching these dynamics.

“This is one of the most important projects to come out of OR,” says Constanza-Chock. “The police repression has been very shocking and brutal—beatings, police gassing protestors—for a lot of middle-class and especially white folks participating. For many communities of color in the US, there’s been a long history of brutal repression. Some are frustrated that people are so shocked, while others see it as a learning opportunity. We have a cluster of researchers who have done a lot of research with community organizing in communities of color, who are bringing their expertise to help the Occupy movement reflect on itself and the amazing diversity of the American public.” 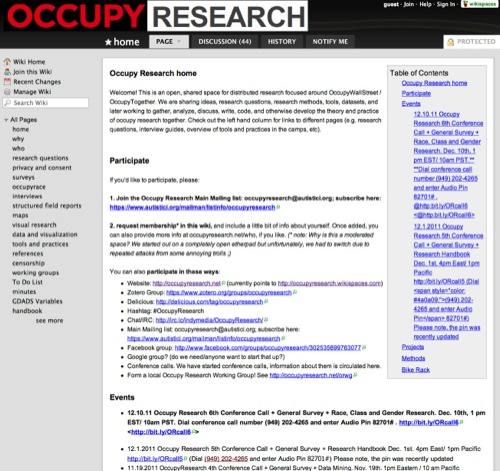 The researchers, data scientists, and activists involved in Occupy Research aren’t merely observing the movement from afar: instead, they aim to develop tools and establish shared methodologies that will empower those on the ground. They are developing a handbook that will be available both at camps and online, which will present an overview of different tools and methods for doing research. The handbook will also emphasize why it is important for Occupy to do its own demographic research—to better understand itself and develop more effective tactics.

Constanza-Chock considers Occupy Research to be akin to the more tangible examples of Occupy's horizontal organizing in action, such as the food tables and Peoples’ Libraries found at many of the camps. “If you go to Occupy camps, there are people doing all aspects of normal life, but in a participatory way—you’ll have a food tent, a media tent, a library,” he says. “One of the goals of Occupy Research is to demystify research, and offer a laboratory for the Occupy movement to reflect on itself.”