What’s the Impact of the Alternative Economy? Researchers Find Out - Shareable
Skip to content 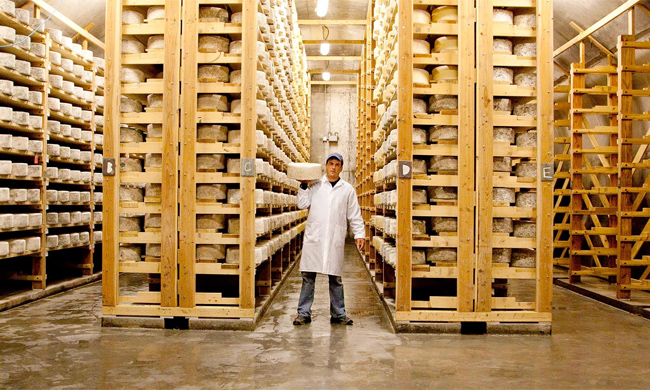 It is increasingly apparent that today’s economy is not working for most of us. Growing inequality of wealth and income is putting the famous American middle class in danger of becoming a distant memory. Most American children now face economic prospects worse than their parents enjoyed. We suffer from more frequent financial shocks and linger in recession far longer than in the past.Our education and health care systems don’t stack up to those of other countries with similar living standards. And if all this were not enough, environmental destruction continues to escalate as we stand on the verge of triggering irreversible, and perhaps cataclysmic, climate change.

Yet, beneath the radar of the mainstream media, a diverse and energetic new generation of business models has cropped up in response to urgent, unmet needs. We’re talking about innovations like worker-owned cooperatives, credit unions,community-supported agriculture, sharing platforms and businesses, and community energy enterprises. (You may have seen organizations like this in the “new economy” section of the YES! website. But in this project we are calling them part of a “future” rather than a “new” economy because some initiatives, such as cooperatives, have been with us for centuries.)

How important are these innovations? Doing something differently isn’t inherently “good”—despite Americans’ perennial love of the next new thing. How well do these models really perform when it comes to providing prosperity for their workers and others who depend on them? Do they really deliver on their promise of distributing social and financial benefits broadly while restoring the environment?

We at the Economics for Equity and the Environment (E3) Network—more than 300 progressive environmental economists nationwide—decided it was time to find out.

We didn't want to rely only on traditional economic measures of success, such as income per capita, because these measures ignore things we thought were important, like equality and job satisfaction. Meanwhile, exciting stories of the next great thing presented without quantifiable measures of achievements were inadequate as well. To study these initiatives in a systematic way and understand more clearly what was going on, we needed a new methodology.

Our steering committee, which is composed of senior economists, devised a multidimensional framework for analyzing the future economy. First, we asked researchers to succinctly describe the innovation they were studying. What are its main features? How does it differ from other efforts that try to address the same problems? Does it contribute to building institutions such as common land ownership, cooperative enterprise management, public-private partnerships, or collaborative intellectual property?

Next, researchers were asked to present evidence—statistical wherever possible—of how the project they were studying affects five different areas: livelihoods and opportunities; empowerment and social relations; equity; environment; and resilience.

Finally, researchers probed the initiative’s ability to grow and be replicated. Are there legal or regulatory barriers that limit the innovation’s emergence or success? Can it expand from a neighborhood to a municipality, or a region? Does the innovation generate unintended consequences, desirable or otherwise?

We selected six research teams of economists from around the country to look at future economy innovations in the following six places:

You can see that the projects our researchers studied were tremendously diverse. And what they found was intriguing, even startling in some cases.

One key lesson that emerges about these innovations is the importance of good, old-fashioned, face-to-face relationships in developing strong place-based initiatives. If some of the old economy’s hallmarks are faceless call centers and centralized headquarters, successful future economy initiatives are investing in human relationships. The crucial element in Portland nonprofit Verde’s success in creating jobs and green spaces has been its ability to partner with other local and regional organizations, including a tight-knit neighborhood-based coalition of four dynamic nonprofits that calls itself Living Cully, named after the neighborhood where it works.

Likewise, the Greater University Circle Initiative of Cleveland rests upon a dense network of connections between local foundations, universities, hospitals, community organizations, cooperative enterprises, and job-training programs—all designed to serve five low-income neighborhoods. And the success of the food business cluster in Hardwick, Vermont, rests on collaborations between local farmers, seed companies, food processors, and distributors, as well as a key food advocacy nonprofit that serves the entire community.

Researchers also found that new business models need specific regulatory and policy environments to thrive. Although there is nearly universal love for community-supported agriculture—6,000 businesses and counting—U.S. farm policy gives the advantage to large-scale farmers who grow hundreds of acres of corn, wheat, or soy, leaving CSA farmers to struggle to pay themselves and their workers a living wage. And Anders Fremstad’s research on sharing platforms suggests that the Ubers and Airbnbs of the world will need regulations and user agreements before they are able to take care of workers and sharers.

There is a bright spot where government and future economy already meet: Economist Marc Lee found that Vancouver, British Columbia, had built a solid business model for its False Creek district energy utility, which is providing 70 percent of the neighborhood’s commercial and residential heating from sewer lines, while running a financially viable operation.

This first round of groundbreaking analyses establishes a practice of asking hard questions of new business models. If we are to truly build a more equitable, restorative economy, we need to engage business owners, communities, civic organizations, customers, and active citizens everywhere in a lively public conversation about living and working in the future. The Future Economy Initiative is a tough-love contribution to driving that dialogue forward.