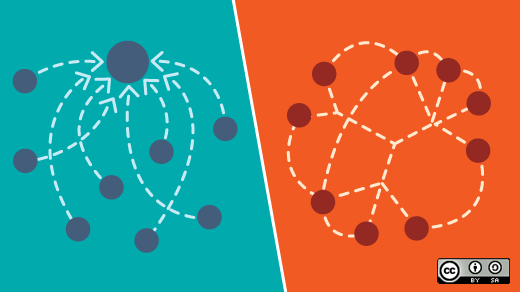 Interesting article in Forbes about the way Threadless, the awesome t-shirt company, thinks about community-building. For those of you who aren’t familiar with Threadless, they do about $30 million in revenues with a unique cultural/business model that merges a community of t-shirt creators and consumers into one happy family (you can read more about them in the Forbes article).

This quote from Cam Balzer, the Threadless VP of Marketing, in particular, caught my eye:

"Crowdsourcing is antithetical to what we’re doing. That’s because crowdsourcing involves random sets of people who suddenly have a say in how the business works, but that’s not how Threadless operates. We’ve got a close-knit group of loyal customers and have worked hard to build that. The people who submit ideas to us, vote and buy our products aren’t random people, and they aren’t producing random work. We work closely with our consumers and give them a place on our site, the Threadless forum, where they can exchange ideas with one another–ideas that go beyond designing T-shirts. We have consumers who have voted on 150,000 designs, which means they’ve spent hours interacting on our site. People who do that aren’t jumping into a random crowd. They’re part of the community we’ve cultivated."

1. "Crowdsourcing" imposes a manufacturing mindset rather than a community or social mindset.

Often when I hear companies talking about how they are going to "crowdsource" a product, I feel like crowdsourcing is the answer to the question "How could I make this faster/cheaper/better?"

Great communities are not factories. They are social creations. Their power source is emotion and passion.

I think you can build community crowdsourcing factories, filled with people working as machines– many folks have been successful with this model. But the power source that drives contributors in this model is probably going to be money (maybe recognition– or the hope of recognition, more likely). Which means contributors will be loyal to whomever offers the next paycheck, not to a big dream or mission.

Crowdsourcing factories will attract mercenaries and nomads, not believers and members.

Don’t get me wrong, I love the concept of user-driven or community-driven innovation (I have spent 10 years of my life working inside an open source company, after all). I just dislike the thought of communities that are factories first.

Great communities are mission and beliefs first. And if those beliefs create an efficient factory as a side effect, as has happened in the open source movement, all the better.

2. "Crowdsourcing" abstracts, maybe even insults, the role of the individual creator.

Great communities are often meritocracies, where the best ideas win. Over the years, some folks have erroneously compared the open source movement to socialism. Wrong. Wrong. Wrong.

The "crowd" part of the word crowdsourcing makes me think that crowdsourcing advocates view the community as a Borg-for-hire. A hive-like organism with one collective brain. It puts the person or company that wants a "crowd" to "source" something in charge.

In a meritocracy, individuals — collaborating on a common cause — are in charge. If all people remember from a crowdsourced project is the idea, and the person or group of people who collaborated to create that idea are forgotten, I think this is a shame.

In a meritocracy, power should be held by the people who have shown that they tend to have the best ideas over time. We need to make sure that the individual heroes don’t get lost in the crowdsourcing Borg.

Maybe it is all just semantics, I don’t know. What do you think? Does the term crowdsourcing bother you too?

This article originally appeared on Dark Matter Matters, and was discovered via Opensource.com.

Chris Grams is a partner at New Kind, a strategic communications, design, and innovation firm. Previously, Chris spent 10 years at Red Hat, where he played a key role in

Chris Grams is a partner at New Kind, a strategic communications, design, and innovation firm. Previously, Chris spent 10 years at Red Hat, where he played a key role in building the Red Hat brand and culture. Chris also blogs about brand, community, and culture at Dark Matter Matters.