For years now, the prevailing vision of future homes has fallen under the heading of the "smart home:" a space in which, thanks to mobile technology and more, household objects communicate with one another and their users, thus becoming self-regulating instruments of domestic efficiency. But what, exactly, the smart home looks like depends to a large extent on one’s ideals. Casa Jasmina, the new laboratory-cum-exhibition space located in Torino, Italy, eschews corporate secrecy and cutthroat competition in favor of open-source collaboration. Designed as an incubator for local innovators in the field of Internet of Things, Casa Jasmina functions as a real-world testing ground, a public gallery of cutting-edge open source products and practices, and a rental apartment for visitors to affiliated companies. 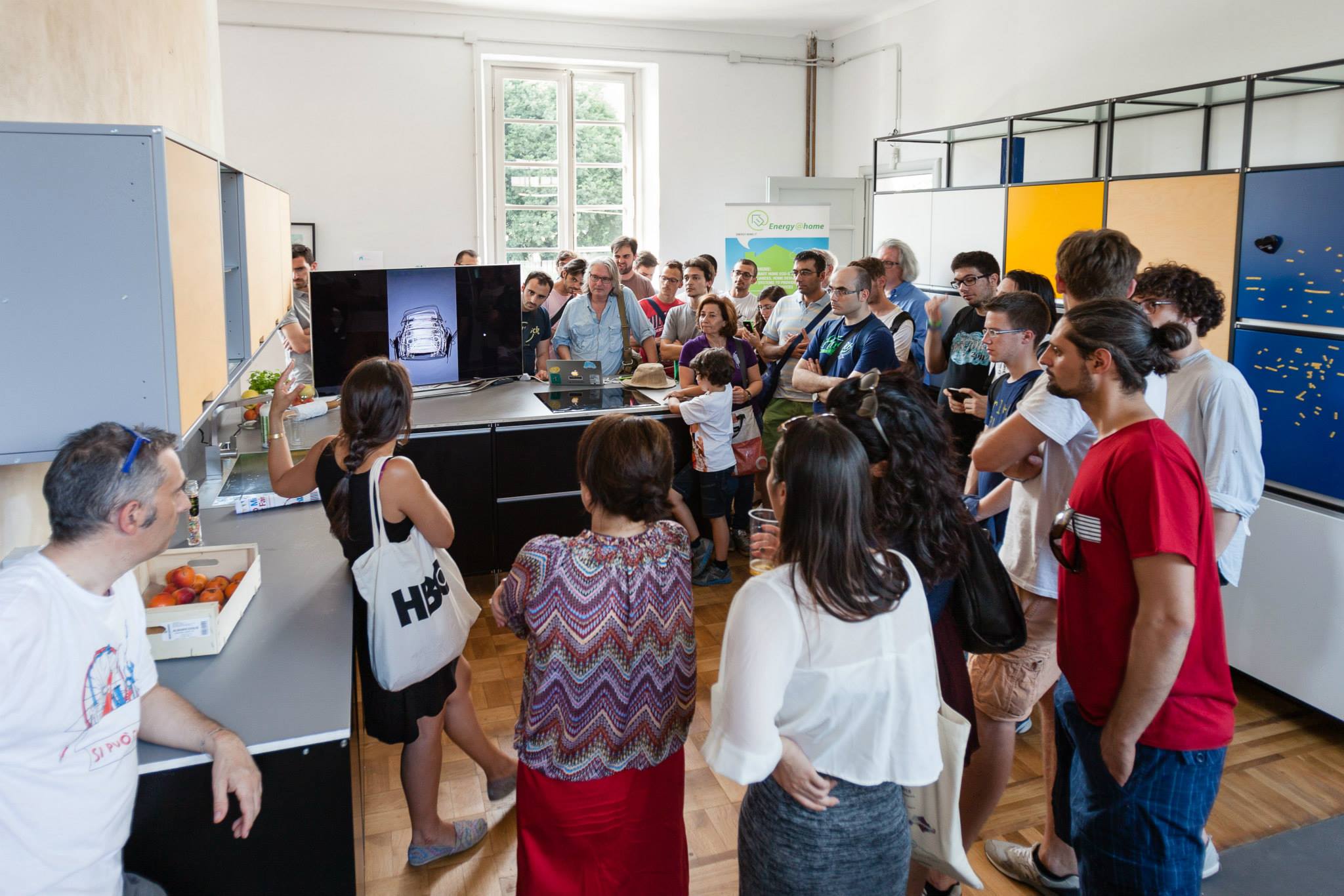 Casa Jasmina opened to the public for the first time on June 6. In addition to in situ displays of connected objects—including those solicited through a call for projects—the event featured locally-made furniture, Internet-of-Things-themed artwork, and electrical goods from the Energy@Home group. The opening took place during the second Torino Mini Maker Faire.

Co-curated by futurist Bruce Sterling and Massimo Banzi (one of the founders of Arduino), Casa Jasmina will remain open for two years in a renovated industrial space adjacent to Officine Arduino (Casa Jasmina’s official host), makerspace Fablab Torino, and coworking office Toolbox. As well as exhibits of technology built by interested companies and makers, the Casa Jasmina team plans workshops, lectures, and week-long maker residencies. The apartment will also be available for rent, including on Airbnb.