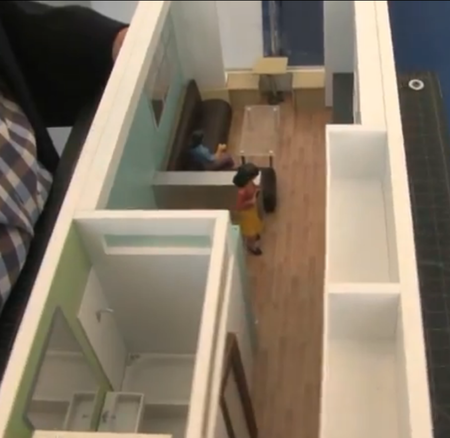 Could your life fit within a mere 150 square feet? That's the proposal going before the Board of Supervisors in San Francisco on July 24 when they consider decreasing the minimum legal living space from 200 square feet down to 150. A group of developers dubbed the San Francisco Housing Action Coalition is behind the push for tiny apartments as a counter-point to soaring rental prices and a shortage of housing that keeps the vacancy rate hovering just above zero.

The Housing Action Coalition points out that the legislation would put San Francisco on par with San Jose, Seattle, and Santa Barbara — the West Coast cities that currently allow 150-square-foot apartments as a means to house students and formerly homeless citizens, as well as “low-income and special needs” residents. If it works, the model could be replicated elsewhere to potentially alleviate rental market pressures in other major cities, including New York, Los Angeles, Boston, and Chicago.

The smart growth-based positive spin on the argument includes smaller footprints per resident, a decrease in commuting for urban workers, an increase in land values, and a reduction in suburban sprawl. Bundled into a collaborative consumption lifestyle that also encompasses car sharing and other less-is-more practices, the “small is sexy” housing model holds solid appeal. TreeHugger founder Graham Hill likes the tiny apartment idea so much that he's started a new venture — LifeEdited — which aims to help you “Design your life to include more money, health, and happiness with less stuff, space, and energy.”

Gawker's Nick Denton, a friend of Hill's, offered his take on the pursuit: “I think it’s kind of cool for Graham to come up with a sustainable way of living in cities instead of showing million-dollar solar panels on houses in the Napa Valley, which is not the way most people live.” Denton sees LifeEdited — and, quite likely, the whole small living ideal — as a way for Hill to sort of eco-sherpa the crowd of “wealthy urban types yearning to get in touch with themselves and the planet, and who are actually rather more effective than their hippie ancestors.”

But, there's also the inevitable down side to the plan wherein housing-rights activists fear overcrowding in already very crowded urban areas not to mention a squeezing out of honest-to-goodness affordable housing and rent-controlled units. Sara Shortt, executive director of the Housing Rights Committee in San Francisco also noted, “There’s a slippery slope when it comes to habitability and quality-of-life issues.”

According to Shortt, amendments to the bill, which was authored by City Supervisor Scott Wiener, have offered some small reassurances: “We have been assured by Supervisor Wiener that the intention was never to jeopardize any rent control units or displace any tenants.” The ordinance would also cap the number of residents in each unit at two as a means to dissuade overcrowding within the tiny units.

The occupancy limit doesn't convince the naysayers, though, who noted that low-income families who can currently only afford 300-square-foot efficiency apartments might then be left only with options half that size. As Shortt observed, “I have the ability to make the trade-off between a lower rent and a spacious apartment. But if it becomes a basic overall lowering of standards for the market as a whole, then what we will start to see is units marketed to other income brackets that aren’t necessarily fit for people to be forced to live in.”

What do you think … could your life fit within a mere 150 square feet? And, if so, would that be a good thing?