This Week in Sharing: Hammer Time - Shareable
Skip to content 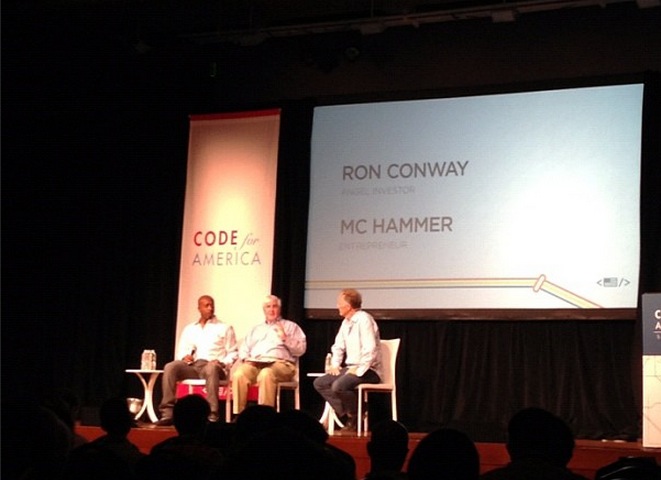 This week in sharing, a series of events and meetups in NYC devoted to the sharing economy, the Knight Foundation releases an in-depth report on the civic tech movement, and open science and open hardware get their own weekends to shine.

Despite high-profile attention and an influx of VC funding, the sharing economy is still in its early stages. Essential to any sustainable and scalable movement is forging close bonds through regular communication, meetups, and often, libations. Let's Collaborate! is a new series of events in New York City to connect the city's growing community of collaborative consumption startups. The Let's Collaborate! launch event, sponsored by Shareable and Trustcloud, takes place on Tuesday, October 23, 2012 from 6:30 PM to 8:00 PM, with a panel including Caroline Woolard of OurGoods, Andrew Hapke of Zokos, ClosetDash's Jennifer Lee, and Let's Collaborate! founder Melissa O'Young. RSVP for the event on Eventbrite.

As this week's 2012 Code for America Summit in San Francisco winds down, the Knight Foundation releases a new multimedia report on state of the civic tech space, Digital Citizenship: Exploring the Field of Tech for Engagement. Featuring the perspectives of civic tech evangelist Tim O'Reilly and Code for America founder Jennifer Pahlka, and written by journalist Charles Tsai, the report is a thorough examination of current conversations in the space about increasing citizen engagement, cities as platforms, and technical infrastructure challenges of government IT.

Scientific practice doesn't have to be confined to the academy and research institutions. Thanks to the efforts of citizen science advocates and the open science movement, access and practice are becoming increasingly democratized. The third annual Open Science Summit takes place Oct 19-20, 2012 at the Computer History Museum in Mountain View, CA, inviting researchers and open science champions to discuss "the future of collaborative science and innovation."

Ziv Bar Ilan, the founder and CEO of Israeli open hardware design firm Zoybar, is heading stateside this month to tour the country and present on Zoybar and open hardware at Stanford University's FabLearn 2012 conference on October 17th and 18th. Makers of all kinds — educators, designers, policy wonks, researchers, and more — are invited to join the ongoing discussion about open hardware's role in education, and its potential cultural impact.