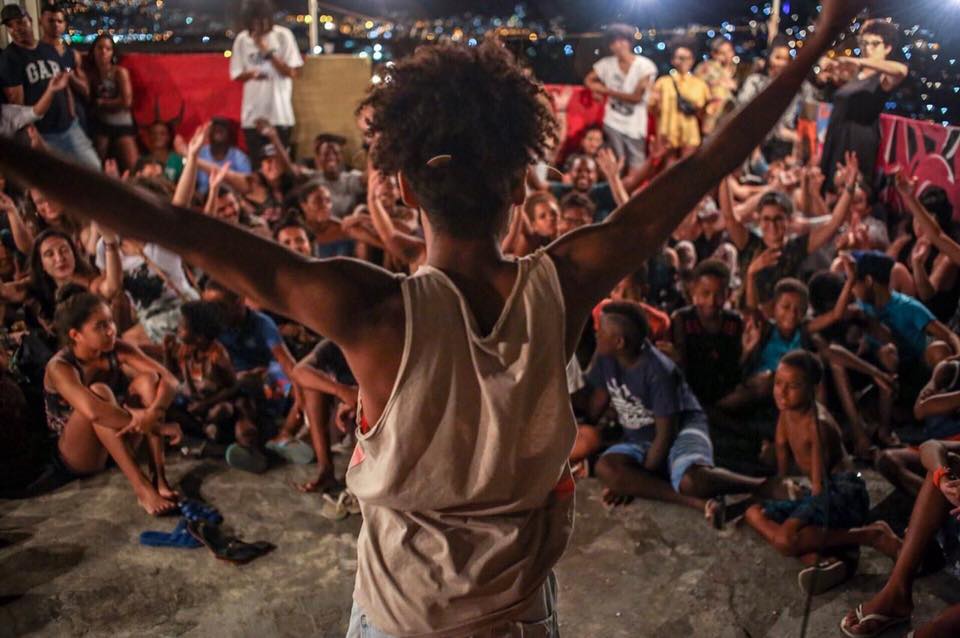 Rio de Janeiro is a city of extremes. Inequality is rampant, and while a small elite enjoy the "luxury" of housing, high quality education, and concentrated public funding, the majority of its citizens share the rest. The best examples of sharing are born not out of excess but from scarcity and collective problem solving. How do you build a house without money? How can you study if you can't afford to pay for a bus to class? How can a farmer survive with no land? How can people without access to resources reasonably start up a working business? And of course – how can people help each other stay safe?

There is no data to show the magnitude of self-built houses, but it is a common phenomenon in Rio's favelas as well as in the suburbs of the city. The local term mutirão — mutual collaboration — is one of the strongest tools used. These constructions are done slowly, spanning many years, and materials bought in small amounts, and with the collaboration of friends, neighbors, and family. According to Geraldo Fonseca, a builder who lives in Maré, all the houses in his neighborhood were built this way. When asked how many houses he has helped build, he said: "Too many to count. Neighbors would come to help, and in return, I would help them too. We need one another to help with the construction and the struggle." 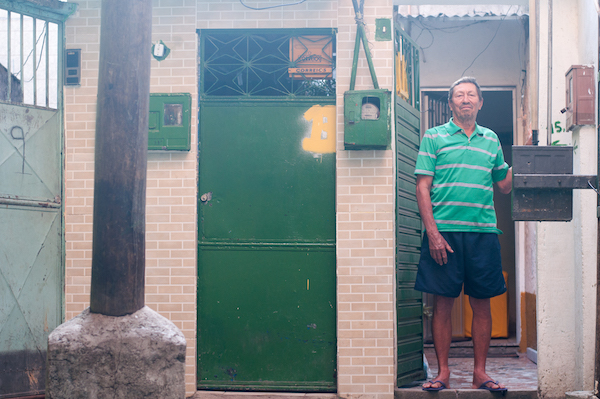 The spectacle of Rio's carnaval parade is famous all over the world. Less known however, is how samba schools function within their communities as vibrant cultural centers. There are more than 80 samba schools in Rio, located in neighborhoods left aside by the public authorities. According to carnaval expert Fabio Fabato, people gravitate to samba schools looking for fun, belonging, and identification. "People from these communities are the driving force of the samba schools and the samba schools are their driving force — it's a very intrinsic relationship. Everything is done very collaboratively." Samba schools fill a void in these under-funded and forgotten neighborhoods. Apart from the year-long process of preparing for the Carnaval parade, there are dance and sewing workshops, and the community will often gather for feijoada and music, among other activities. 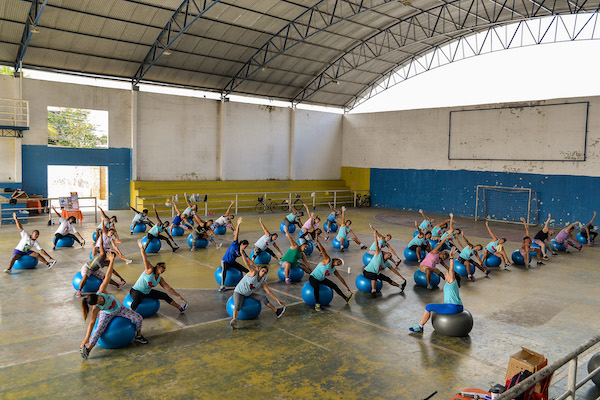 Rio is lauded as one of the most queer-friendly cities in the world, but discrimination in the job market, particularly against trans people, is widespread. PreparaNem came about to fight this marginalization through education — and it aims high. Most people who enter the program are either homeless or living in very precarious conditions, presenting very specific challenges. All classes are accompanied by meals, and part of the funding of the project goes simply to pay for public transportation to and from classes, which most students would not be able to afford. There are three centers in different regions of the cities, each with around 20 students every semester. All of the teachers are volunteers — a total of 165. So far, 38 students have managed to get into university, and another 20 are now in formal employment or technical courses. 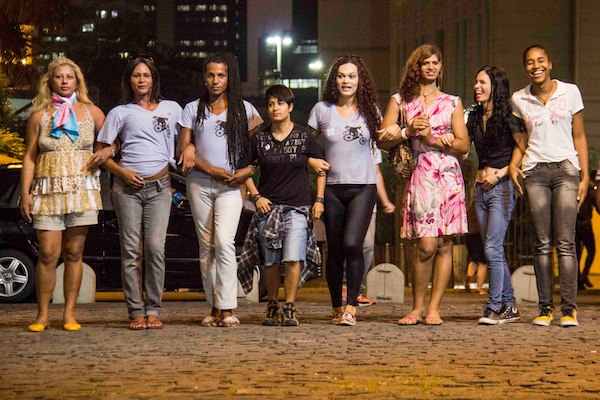 The activists of the Landless Movement (MST) have taken their struggle from rural farming settlements straight to the heart of the city center. Terra Crioula "Creole Land" is a space for small-scale farming collectives to sell their produce while bringing urban dwellers closer to the struggle for land reform.

The movement has a long and arduous history. Most of Brazil's agriculture is dominated by monoculture. The latest study by the Brazilian Institute of Geography and Statistics concluded that 45 percent of Brazil's rural land was in the hands of 0.9 percent of landowners. However, thousands of families have occupied unused land all over the country. None of the farmers use agro-toxins, and the food is sold at accessible prices, in stark contrast to high-end organic food fairs. In 2016, the space was recognized as part of the Intangible Cultural Heritage of the city. 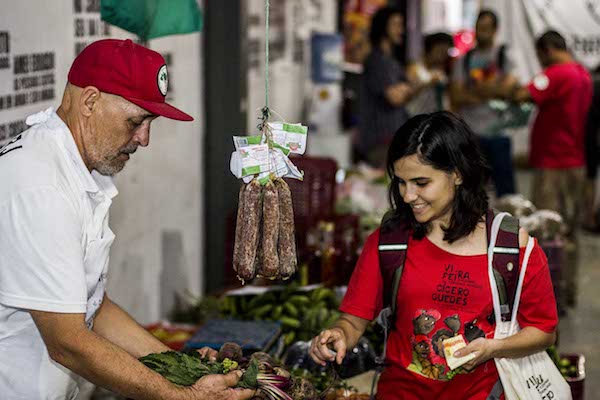 Casa Brota, or "Sprout House," provides a space for entrepreneurs to work in the heart of one of Rio's largest favela complexes. The house also hosts a monthly slam poetry night called "Slam Laje" and a variety of workshops and talks. These range from investments in crypto currencies and online content creation, to nutrition and self-care. The house sustains itself with boarding through Diaspora.Black and AirBnB, as well as contributions.

Interest in entrepreneurship in favelas is much higher than the general population: 46 to 23 percent. For Marcelo Magano, one of the founders of the space, entrepreneurship runs through the veins of the favelas: "It's an inheritance we have gained since slavery, where black people have had to turn to entrepreneurship in order to survive." 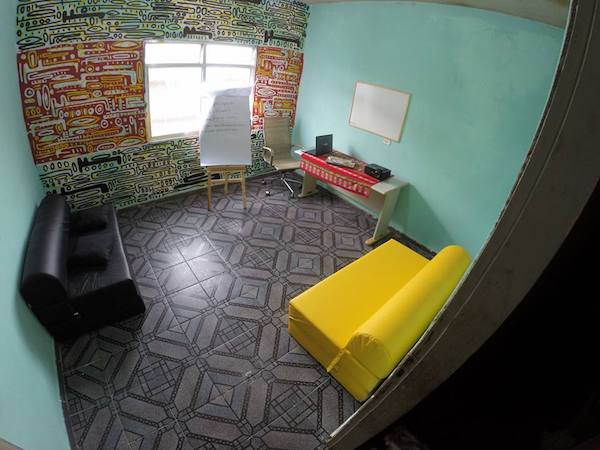 You know those days when you are coming home from work thinking about what to make for dinner and you run into a military police operation happening on your doorstep? It might seem absurd to some, but this is the reality for millions of people who live in Rio de Janeiro. In the first 100 days of 2018, there were 2389 registered shootings in Greater Rio, with hundreds of people wounded and dead.

Fogo Cruzado, a collaborative data lab brings together information from collectives, individuals, news reports, and the police to create a map of gunfire incidents in real time, and help people dodge getting caught in the crossfire.