The Un-Law School: An Interview with Christina Oatfield - Shareable
Skip to content 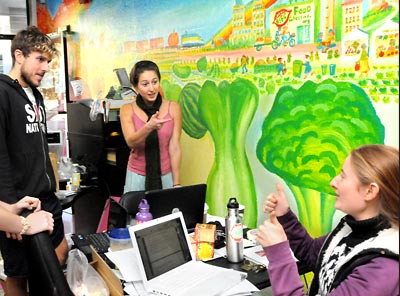 This article originally appeared on Innov8Social and is republished with permission.

In Sanskrit, the word "sangam" refers to a confluence, or place of meeting, such as the point where two rivers merge. As Innov8Social often finds itself at a sangam of social innovation, law, and policy one very interesting topic is how social innovators can pursue studying the law.

Another Path to Practicing Law

There is law school—an excellent option for some. But there are a few drawbacks to law school depending on what a person is seeking. If it is the law degree—law school is the only way. However, if it is the experience of practicing law with dedicated legal professionals, the ability to continue working in a legal setting full-time while pursuing the study of law, and the opportunity to deeply engage with your community throughout your study—there may be another path.

This topic came to my attention in meeting a remarkable social innovator who is not only an active leader at a non-profit dedicated to educating and retooling communities to thrive in the new economy but, fascinatingly, is training to be a lawyer in California—without the step of going to law school.

Meet Christina Oatfield, who is participating in the Law Office Study Program of the State Bar of California. Christina has been driven by creating change, as evidenced by her impact-oriented track record. As an undergraduate at Berkley, she became active in student organizations dedicated to sustainability.

She held leadership roles in the Berkeley Student Cooperative, the Green Initiative, the Sustainability Team, Associated Students of University of California (ASUC), and co-founded the Berkeley Student Food Collective—a nonprofit organization dedicated to tenets of democratic participation, sustainability, health and ethical foods and education.
Along the way Christina connected with the Sustainable Economies Law Center and its co-founder Janelle Orsi. Great advice for lawyer-aspirees is to volunteer or work in a legal setting and get a feel for the practice. Christina did just that when she volunteered at SELC to see if law was a good fit for her skills and interest.

Christina likely didn't bargain on stumbling on a unique path that would let her work closely with a law firm and advising attorneys, continue her work at SELC, study law, and pursue a path to becoming a lawyer—all without the expense, resources, and full-time commitment required for a three-year stint at law school.

While studying law through the apprentice program, Christina has continued active involvement at SELC, most recently taking on a Policy Director role. She was instrumental in the grassroots campaign to enact the California Homemade Food Act (AB 1616) which allows small food businesses that produce certain foods deemed "low-risk" to operate out of a private home with limited regulatory oversight.

Innov8Social caught up with Christina to hear more about the apprenticeship program available through the State Bar of California. 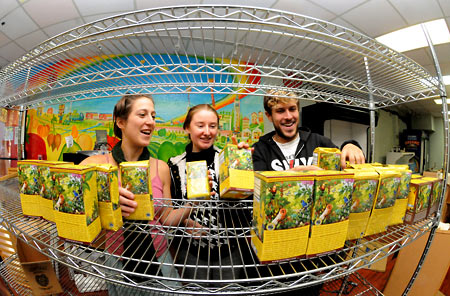 How did you first learn about the Apprenticeship Program? What made you decide to apply?

I heard about it while I was at a retreat with attorneys who work with the Sustainable Economies Law Center (SELC). I had been volunteering for SELC for several months hoping it would help me decide whether I wanted to make the big commitment of going to law school or not. Janelle Orsi, a co-founder of SELC, mentioned that she knew an attorney who got her license in California without going to law school, but Janelle didn't know much about the process.

I was immediately intrigued because speaking with the various attorneys at this retreat had confirmed by suspicions that I had been developing during my internship with SELC; that practicing law to support cooperatives, mission-driven businesses, nonprofits and community groups working to create more socially just and sustainable economies was what I wanted to do, but that law schools are overpriced and generally not set up to prepare students for that kind of work.

Janelle and I immediately found the information about the California Bar's Law Office Study Program onlineand I began to read about all the rules and contact other attorneys who were familiar with the program to help me decide whether it was right for me. The more I learned about it the more strongly I felt that it was the right path for me. So then I approached Jenny Kassan, SELC's other co-founder, who practices law through her firm Katovich & Kassan Law Group in Oakland, and asked her if she and her firm would host me as an apprentice so that I could fulfill the requirements of the Law Office Study program. She and her partner John Katovich quickly agreed to it!

What are the benefits you have experienced from pursuing a path to becoming an attorney through apprenticeship?

There are so many benefits!

Most of the challenges I've faced have been expected. It can be a challenge to hold myself accountable to myself when I'm not immersed in a competitive school environment. Also, while my apprenticeship supervisor and the other attorneys at her firm are some of the nation's experts in securities law for small businesses and unique legal structures for social enterprise, they are not experts in most of the many legal topics that are part of the bar exam, so there's a lot that I need to study on my own, with just a little support from other attorneys who have taken the bar. 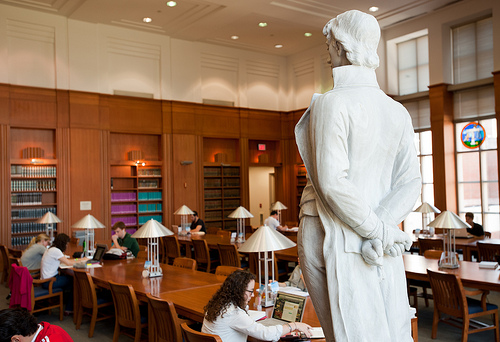 Do you have any advice for someone considering applying to an apprenticeship program?

Yes, and in fact, I'm thinking of creating a whole website with resources after I'm a little bit further along in the process myself. Also, note: there's not really an "application" process but more so it's a "registration" process because anyone who meets the pre legal education requirements and submits all the information required can start the Law Office Study Program.

First, I would suggest to potential participants that you carefully consider whether you prefer learning in a traditional classroom environment or whether you learn better by doing. I would also recommend some self reflection on whether you are the type of person to take a lot of initiative. Attorneys who supervisor apprentices are generally full time attorneys and while they commit to spending 5 hours or more per week directly supervising you, that still leaves a lot of your learning process fairly unstructured. Students who are very self motivated are, I think, generally a better fit for the Law Office Student Program.

Second, think about what area of law you want to practice in after you become an attorney. After 5 or more years most attorneys have developed areas of expertise in certain legal matters and may have forgotten much of the material that is on the bar exam if it is not related to their area of practice (the supervising attorney must have been practicing for 5 or more years in order to supervise a student in the Law Office Study Program). Therefore, you'll want to have a good idea of what areas of law you might want to practice in because the areas of expertise of the attorney you study under will probably become your areas of expertise and determine what your marketable skill set will be once you become an attorney. You can change who your supervising attorney is as often as every 6 months so within the 4 year program you could potentially study under as many as eight different attorneys, but that may not actually be feasible or necessarily something you would actually want to do for many reasons.

Third, if your goal in becoming an attorney is to make a high salary working for a large firm or to become a high level political appointee then the Law Office Study Program is probably not for you because it doesn't come with the same prestige that a high ranking law school brings to you. If your goal is to learn about particular non-traditional legal topics, to learn by doing and to save money then it's more likely that this is a good choice for you. I think the Law Office Study program is especially great for students interested in public interest legal work to consider because it's tough to go into public interest work if you have one or two hundred thousand dollars in debt from law school since public interest lawyers tend to earn less than those working in the private sector.

Neetal Parekh is a lawyer by education, a digital content strategist by training, and a social innovator at heart. She is the founder of Innov8Social which explores social innovation, with

Neetal Parekh is a lawyer by education, a digital content strategist by training, and a social innovator at heart. She is the founder of Innov8Social which explores social innovation, with special interest in law and policy supporting the field. She admittedly finds a certain thrill composing in one hundred and forty characters.