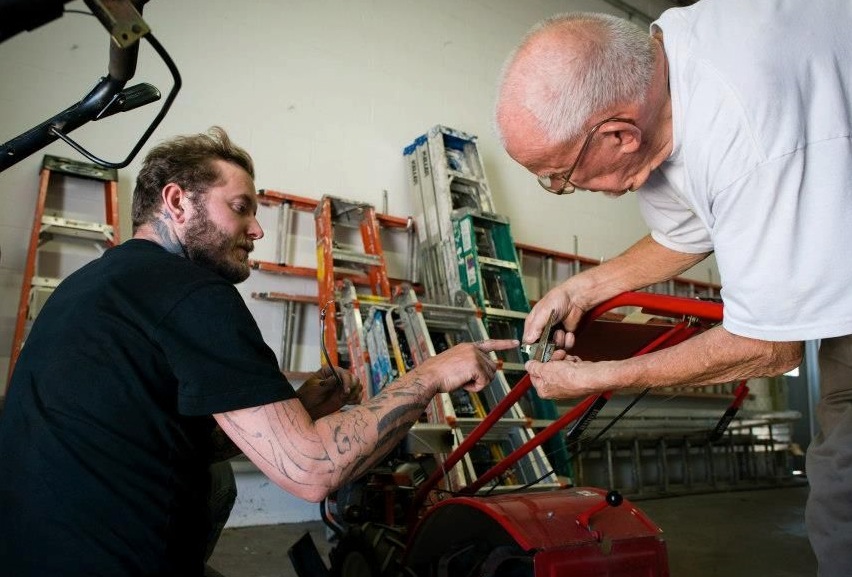 When Gene Homicki co-founded the West Seattle Tool Library there were less than 20 tool libraries in existence. Running one was a low-tech affair with either “old, clunky software” or pen and paper to keep track of inventory and loans. There are now nearly 60 tool libraries around the world with an estimated 20 more in the works.

The tool library movement is reinventing itself and growing in the process. No longer just places to get a drill when you need one, tool libraries are neighborhood hubs offering classes, community building spaces, workshops and a variety of tools ranging from belt sanders to lawnmowers and more. Homicki says this transformation from tool library to community space is one that often goes both ways. 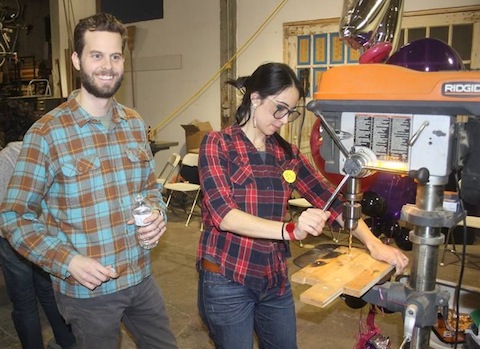 “One of the things we’ve seen,” he says, “is tool libraries that start makerspaces. The other thing we’ve seen is coworking spaces and makerspaces that are adding lending libraries. It’s a natural evolution in both directions.”

He points to Makeshift Society in San Francisco as an example. A “coworking space and clubhouse for creative entrepreneurs,” the original Makeshift Society has a small lending library. Recently, they crowdfunded for a Brooklyn location that will have a library to lend tools to the creative crowd (think: cameras, digital media tools, etc.). “I see it as a natural outgrowth,” Homicki says, “a bridge between the two in both directions.” 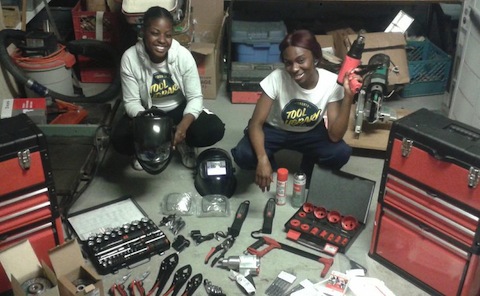 Surrounded by tools at the Toronto Tool Library. Photo courtesy of the library.

According to Homicki, building community around these spaces is key. In addition to sharing tools, people also share space, skills and experience. While not every tool library becomes a shared workspace, many do become valuable centerpieces of the community.

“At the absolute minimum,” he says, “there are people there at the same time checking stuff out.” He continues, “And a number of the tool lending libraries see themselves as a sharing hub; someplace people can go not just to borrow tools, but to go learn some of the skills how to use them.”

This focus on teaching, making, and repairing locally helps build resilient neighborhoods. This growing movement to take the health, vitality and resilience of cities into our own hands is at the heart of the global sharing movement. Homicki sees that tool libraries are an important part of this movement as they provide resources—both tools and community-building—for disaster preparedness and the challenges of climate change. But to do so, lending libraries need to be able to easily manage their inventory and membership.

Technology has made the process of starting and managing a tool library much easier. When the West Seattle Tool Library was in its early stage, Homicki and his co-founders tried using book-lending software and rental software, but neither was a good fit. Given Homicki’s background in tech he was, he says with a laugh, “roped into” creating a website for the library.

Now, expanding on what he created for the West Seattle Tool Library, he co-created myTurn to help people, organizations and municipalities rent, share and track assets. The idea behind myTurn is to get underutilized assets, whether in the public or private sector, into the hands of people who can use them.

“Our goal in creating myTurn,” he says, “was to scale up what we did in West Seattle. We have this atmosphere of taxpayers, and government officials, and people who run universities and even businesses, who have restrained budgets. But they also have a lot of vastly underutilized public assets and private assets.” He adds, “How do we mobilize those public and private assets and get them back into use?”

The question myTurn is trying to answer is, how do we get the full use out of tools and other resources?

“We have an economy that’s uneven and sputtering at times,” says Homicki, “and we have this locked up value that’s just sitting, whether in an attic, garage, or gathering dust in a warehouse."

How do we get those things out of storage,” he asks, “and unlock their value, either in a sharing environment or on the rental side when you’re looking at generating a revenue stream?” 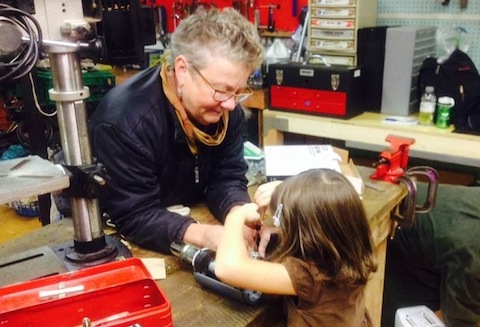 Everyone gets in on the action at the North East Seattle Tool Library. Photo courtesy of the library.

Working with lending libraries, traditional tool and rental shops, and other businesses that are willing to lend or rent their goods, myTurn bridges the gap between them all and brings the sharing economy mindset of utilizing idle resources to the public.

myTurn introduces the larger sharing economy in ways that people are comfortable with, such as through libraries or rental shops. It also acts as a networking hub for lending libraries, providing resources, connections, how-tos and more.

“We really look at how we bridge the grassroots tool libraries with bigger business and make it more convenient and easier for everyone,” says Homicki. “We want to see people reusing and sharing items even if there is a cost involved, rather than buying things new all the time.”

Homicki wants to make the sharing economy accessible to everyone by giving them “easy and comfortable” ways to begin sharing. From there, people can expand their sharing practice in their community. 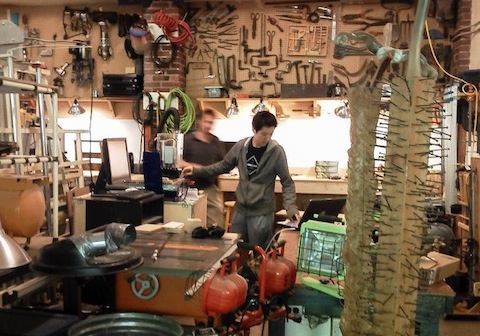 At home among the tools in the West Seattle Tool Library. Photo courtesy the library.

For those looking to get involved with the tool library movement, Homicki suggests checking LocalTools.org to see if there’s a library nearby. For those who would like to start a tool library, check out the guide, How to Start a Tool Library. Homicki also invites people to contact myTurn as the platform is going to start matchmaking people who want to start a tool library in the same area. He adds that they will use the Sharing Cities Network to help make matches.

As a general rule, Homicki suggests finding five to seven people to get a library started. That's a big enough team to spread the work and make it easy to get things rolling. “Once there’s a community,” he says, “it gets easier.”

Once things are moving, the goal is to become self-sufficient; to have a system, staff, regular hours and funding in place. This self-sufficiency builds upon itself; the more reliable and consistent the lending library is, the more valuable it becomes as a community resource.

To help new tool libraries further, Homicki and myTurn’s co-founder Patrick Dunn also created a site called Share Starter. Among the site’s offerings are guidelines for starting a tool library, sample budgets, sample liability waivers, sample delinquency letters, and links to other references and resources. “It’s part of that networking effect,” says Homicki “of getting people together on the local, regional and national level.”

As the tool library movement has grown, so has the vision for what it can be.

“We’d love to see a tool library in every neighborhood, in every country across the world,” Homicki says. “We just see this growing. We see the number of lending libraries doubling each year right now and I think that trend will continue and potentially accelerate for a little bit.”

“When people hear about the idea,” he says, “it just seems to make so much sense to them. It’s something that’s very inclusive; it’s that idea of a library that they’re familiar with.”

Some of the things driving the growth of the tool library movement are: better tech tools for managing inventory, a tough economy, and the rise of sharing as a practice. These have converged to create a great environment for tool libraries and sharing in general.

“The tool library movement,” Homicki says, “has really been at the intersection of these things. The next generation doesn’t want to own things, or can’t afford it, but they still want access to just about everything, whether it’s tools or cars etc.” He continues, “It’s the right time for this movement, and for sharing and collaborative economy in general.”