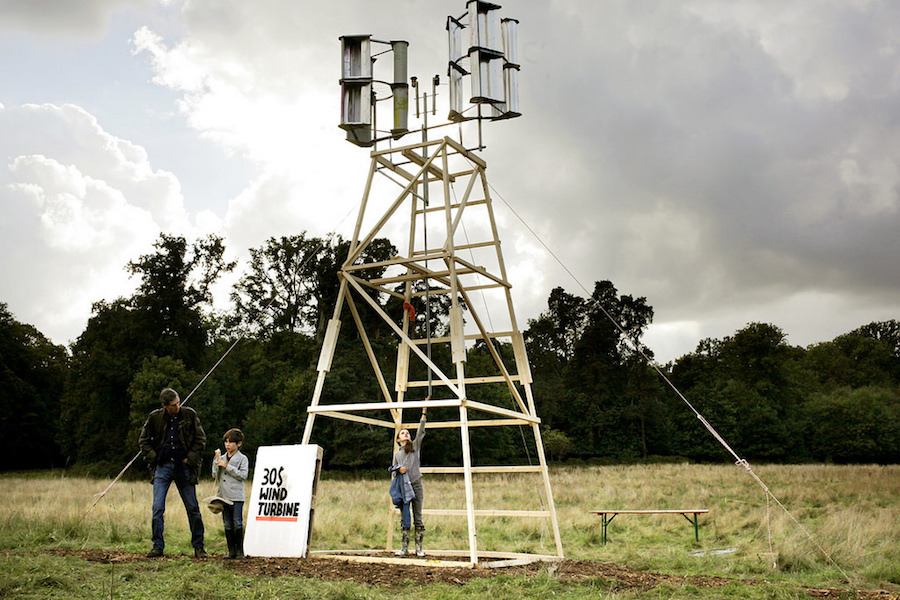 A growing movement that combines open source design with sustainability is creating an exciting alternative to profit-driven, proprietary sustainability products. As we face urgent issues like climate change, the ability of open source communities to quickly and inexpensively create solutions makes increasing sense.

Shareable connected with Tincq to talk about the urgent need for open and distributed design and fabrication, why this movement provides an exciting alternative to traditional production methods, and the need to find a sexy term to describe open source, sustainable product design. 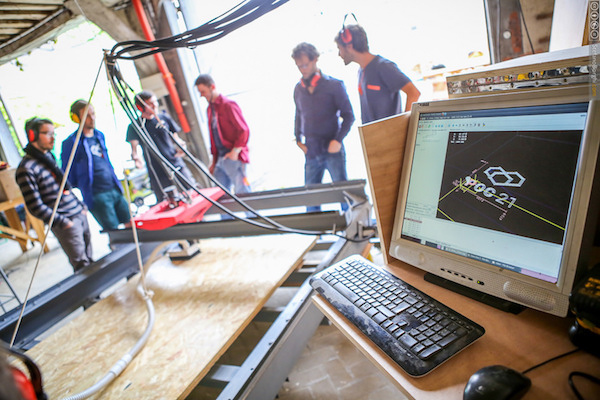 An open approach to design and production will allow for the biggest teams possible to create solutions in as little time as possible.

Shareable: There’s an urgency here, as we face so many pressing planetary issues, to come up with solutions fast. Why is open source design essential for sustainability? How can open sourcing designs and projects help address global warming, inequality and other priority issues?

Benjamin Tincq: I think there are at least four layers of why we need an open approach to solving the wicked problems of our times, including energy and climate, zero waste, biodiversity, democracy, etc.

1. We need the biggest team possible to create the solutions for wicked problems in very little time, which means not having everyone reinventing the wheel every time, but instead sharing knowledge and inventions into a common pool for humanity that everybody can build upon. This superior innovation capability is basically what the whole FLOSS (free / libre / open source) community has demonstrated in software.

2. Open design and open hardware can be seen as the ultimate "anti-planned obsolescence strategy," or a "zero waste design" principle, if you prefer. Documenting the fabrication processes, materials and tools—ideally using standards as much as possible—will enable a longer product longevity, and easier repair. This is something that the OSCE Days (Open Source Circular Economy Days) is bringing awareness about.

3. The re-localization of manufacturing that goes along with distributed fabrication will save tons of carbon through shorter and local supply chains instead of shipping parts and products all over the globe in large containers. This long-term evolution is clearly articulated by the Fab City Network instigated by Tomas Diez, which grew out of the experiment in Barcelona aiming to re-localize at least 50% of fabrication in the next 40 years in urban centres.

4. This new production model can eventually drive a shift from the consumer mindset to the prosumer mindset, which enables citizens to better understand how products are made, lets them meet the producers in their city, and maybe even contribute to the design and production process themselves. This way, people are less likely to just buy, use and dispose of their things, but will instead care about what they use and make.

Entrepreneur Elon Musk, practically a living legend by now, has opened all of Tesla's patents. Why is this important? Who else is doing the same?

It is important because it sends the message that moving away from intellectual property to allow others to build on your platform is not only a fantasy for utopians and radicals, but can also be a viable business model for entrepreneurs. Tesla's interest lies in the fact that by opening its electric vehicle technology, it will become a standard that will grow the market for the batteries and recharging stations they also provide.

In the automotive industry, we also see companies like Ford and Toyota experimenting with opening some components, but not entire vehicles so far. 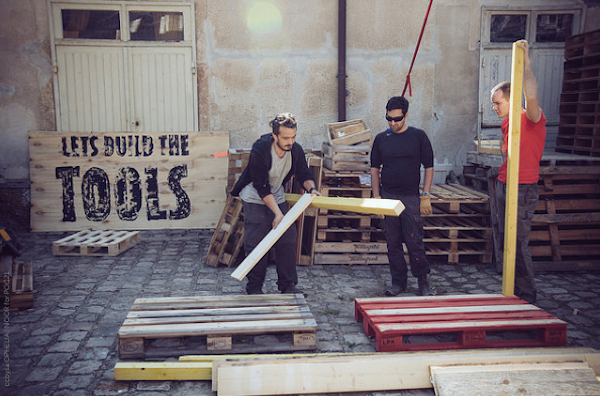 "Moving away from intellectual property to allow others to build on your platform…can be a viable business model for entrepreneurs." —Benjamin Tincq

On the other hand, Cradle-to-cradle production certification started as a proprietary system, and from what I understand, that limited its potential until the founders turned it over to an NGO to manage. Can you talk about that?

I am not super familiar with it, but, to my understanding, Cradle to Cradle is a biomimetic approach to the design of products and buildings that are regenerative by design. It is indeed sad that the methodology is protected, and it is certainly is a big hurdle to its development. However, similar approach and techniques have been developed in the biomimetism, circular economy, zero waste and sustainable design communities, so I don't think is much of a problem now. It's like holacracy: since the brand is protected, you cannot [use the name], but many people know similar principles and can apply them anyway.

I’ve heard this space referred to as the sustainability commons. Do you use that phrase? Is there a better one that's being used to define this intersection?

This is the first time I’ve heard the term "sustainability commons.” It sounds good but I am not sure it will speak to everyone since the "commons" concept is still not very mainstream, but used more by academics and experts.

What you are refering to is the intersection of distributed fabrication (local production and open source designs) and sustainable product design that will ideally translate into social enterprises aiming to tackle sustainability challenges with open technology. I would call that "open sustainable production," but that's not super sexy.

What would you say to those who don’t support the open design mindset, who feel like it’s important to patent their innovations?

I would tell them to take some time to think if they would not benefit from including a much larger community into their R&D process, and if their business model really depends on patenting their technology. Technology is everywhere and it is becoming more and more a commodity (except maybe for very advanced ones). The value will be more and more in intangible things such as the brand and the ecosystem, the know-how and the services, the relationship with the partners and the ecosystem, the network and the platform.

A key struggle today is to find investors who are ready to support social entrepreneurs that do not have intellectual property and are building their inventions in open source. There are still too few of them because very few investors understand how value lies in things other than the IP itself. It is slowly changing though. 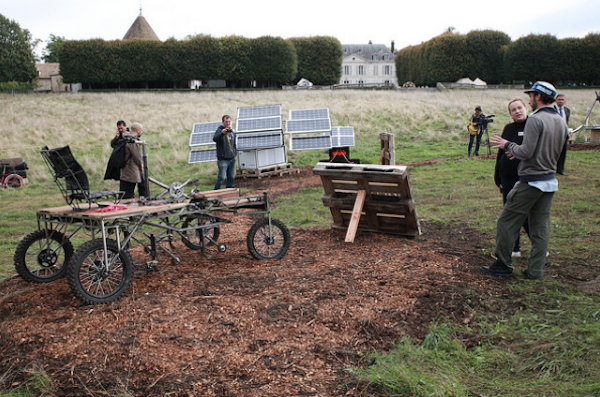 Is there a balance between retaining intellectual property ownership and opening things to the sustainability commons? For instance, with a photo, I can give it a Creative Commons (CC) license, which enables people to use it in the manner I’ve decided. Are there similar licenses in the open design movement?

In Open Hardware, you can use a combination of software licenses (GNU GPL, MIT License, etc.) and Creative Commons for the designs, but CC does not really protect the fabrication process itself—only the blueprint file. For the processes, there are specific open hardware licenses like the TAPR OHL and CERN OHL licenses. They are more robust but less well-known, so the CC version can also have the "community advantage" in the way that everybody understands the spirit of it.

All of these licenses allow for the use, reproduction, modification and redistribution of the product blueprints. What they lack though are restrictions on materials. For instance, it would be great to have a license that says: "You can modify this table and distribute your new version, as long as you use local, sustainable wood".

What are the key challenges the sustainability commons movement faces? How are they best addressed?

Looking back at the 12 prototypes that have been developed at POC21, which are all great ideas, none of them has really moved into the scaling phase yet. The most advanced of them is probably Faircap, the open source portable water filter, which recently raised funds from the U.N. Innovation Fund and has found manufacturing partners.

I think for open hardware sustainability to scale and become a serious alternative in the cleantech scene, we need to address two main issues in parallel:

The first one is providing better access to capital investment that cares about the impact more than the profit. I believe there are many interesting models to look at in the Impact Investing scene, such as longer fund lifetimes, capped returns, or revenue participation instead of equity (avoiding the "exit imperative" in which investors put money in startups with the only goal to sell their shares for a much higher price).

I am currently working on creating such a fund that would be focused on open and decentralized technologies for social and environmental impact. It will also be able to mentor the social entrepreneurs on finding the right, viable business model for their sustainable tech.

The second one is raising the bar in terms of "dealflow quality," to speak like an investor. This means developing more polished and finished products, with user experience in mind—something we called "sexy like Apple, open like Wikipedia" in our vision for POC21—and a clear development/scaling strategy. We are working together with the Open State team, OuiShare's partner in crime for POC21, on a project that aims to help in this area as well, but the concept is still too early-stage at this moment so I cannot say more.

What are some of your favorite sustainability commons projects?

Well as a start, all the POC21 projects were great. I'm really looking forward to how Faircap (a water filter), SunZilla (a portable solar generator), Solar OSE (a solar concentrator for steam generation), AKER (snap together garden kits), Bicitractor (a bicycle tractor), Open Energy Monitor (energy monitoring tools) and Showerloop (a real-time water filter for showers) will develop in the future.