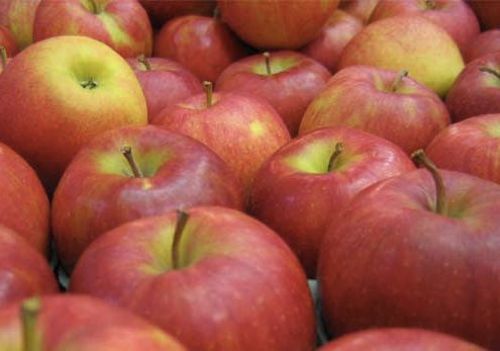 I came across a recent Guardian article in which the reporter tries various local sharing services. To his disappointment, he finds no users near the area where he lives. Discouraged by this, he comes to a conclusion: "It is patently obvious that these sites work best when you live within or close to a high-density population, not in a rural setting."

A lot of people I know have experienced the same phenomenon. The collaborative consumption concepts that seem to have achieved mainstream success are ones that connect people across and even between nations: buying and selling stuff (eBay, Craigslist), accommodation sharing (AirBnB), social lending (Zopa, Lending Club), co-using cars (Zipcar) and swapping of items that can be sent via mail (ThredUp, Swap.com). The Guardian reporter faces problems with postal swapping services too, but notes that they are caused by a different reason: "Adding my unwanted copy of The Da Vinci Code to the 167 Dan Brown novels already on offer has probably earned me the karma I deserve. […] You tend to get out of it what you put in."

As the article insightfully points out, the area of local sharing is much more problematic. Peer-to-peer borrowing and lending, sharing skills and rides and swapping heavy items like furniture—all activities that require close proximity between the offerer and the requester—are yet to experience their true breakthrough. I believe this is due to two reasons. First, these services have a difficult time with monetization, since the sums of money involved in sharing stuff and skills are a lot smaller than in cases of buying goods or sharing accommodation and transportation. Second, the critical mass required in their case is much greater, since people do not benefit at all from offers that are too far away.

This is indeed a major problem with the sharing economy. We have a huge amount of different services in the areas of borrowing, sharing skills and swapping items, but the vast majority of them has not yet achieved a critical mass. They may have it in a small area—typically around where the founders are from, because it's cheap for them to market their service there—but in all the other places they might have only few users here and there. And that's why these services do not really work for anybody's benefit. Their growth is simply too slow to be self-sustainable.

All these small services need a way to collaborate. Otherwise most of them will always remain small and eventually die unprofitable. This would be a shame, since a lot of marketing work has gone into building the small but passionate niche audience they have around the world, and that work should not go to waste. If we could somehow connect all these small user groups together, we'd suddenly be a lot closer to achieving mainstream success for local sharing.

Readers of my previous post may know where I'm going with this. An excellent way to facilitate this kind of collaboration would be to build a common API specification for the shared stuff—goods, services, rides, spaces, you name it. Most services end up implementing an API at some point anyway, so they could as well use the same specification to do it.

This would make it really easy to create all kinds of aggregation services. We could build a search engine that would search from a hundred different services that let people to borrow stuff from each other. A search engine like this would greatly increase the probability of actually finding something suitable close-by and motivate the searcher to join a service. This would lead to a greater pool of resources, more sharing, and continued growth. All services would benefit from the traffic directed from this global channel, while allowing space for niche providers to fill the gaps.

So, lets begin by creating the specification. My previous post gathered a bunch of interested commentators, and together we are now starting to move this thing forward. We started by forming a Google Group for discussions. Matthew Slater just left an interesting note there, describing a site called open311.org. It describes an API intended for reporting civic issues to local governments.

So we decided to build a site like this for the sharing API. It's already up at www.sharingapi.org. It's a start, and hopefully a lot will happen in the coming months.

After the specification is finished, we just need as many services as possible to implement it. For instance, when we start building the API for Kassi, the service I'm involved with, we'll make sure it is done by the guidelines in the specification wiki. Among the people involved there are guys building services like CES, sharedearth.net and Yours2share—these too will be some of the first pioneers.

After we get enough services on board, we could just as well build the search engine I described above. When the APIs are there, it would only take a few days of work.

I invite everyone to join this project. We already have people from all over the world: Greece, Wales, Finland, Australia, Estonia and the U.S. If nothing else, please join the Google Group and express your opinion about the project. Every contribution counts, whether it's code, suggestions or criticism.

Local sharing is fragmented and isolated. Lets connect and grow this inspiring culture, together.

Juho is the CEO & Co-Founder of a Finnish startup called Sharetribe. Sharetribe makes it easy for anyone to create their own peer-to-peer marketplace in the spirit of Airbnb, Relayrides

Juho is the CEO & Co-Founder of a Finnish startup called Sharetribe. Sharetribe makes it easy for anyone to create their own peer-to-peer marketplace in the spirit of Airbnb, Relayrides or Yerdle. In these marketplaces people can sell, rent and share goods, skills and spaces with each other. More info at https://www.sharetribe.com/

Things I share: Since Sharetribe is all about sharing, we also share all the code we write. It's available for anyone to download in GitHub: https://github.com/sharetribe/sharetribe . In our blog we share our tips and best practices for creating peer-to-peer marketplaces: https://blog.sharetribe.com/