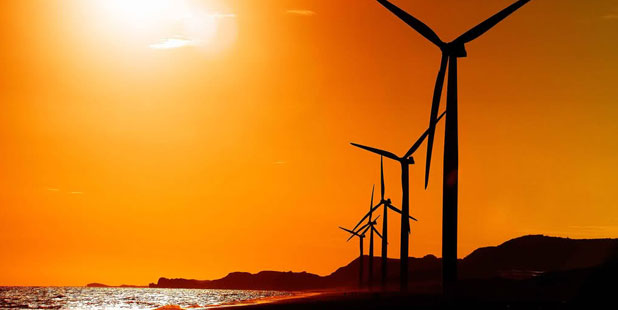 This post was originally written by John Steller and posted on Mosaic.

In 2011, 12 percent of Hawaii’s electricity came from renewables. The state’s renewable portfolio standard mandates that 15 percent of electricity comes from clean energy by 2015. From the looks of it, Hawaii is on track to complete their requirement ahead of time.

It’s amazing to see how quickly the state has incorporated renewables into their utility mix, but this is only the beginning. Also required in their portfolio standard, 40 percent of the electricity sold by Hawaiian electric companies must come from renewable sources by 2030. This puts Hawaii on the fast track to becoming the first 100 percent clean energy state.

Currently more than 1 GW of renewable projects are in service, under construction, awaiting approval, or are being negotiated – with more in the works. However, there are obstacles in the way of Hawaii becoming 100 percent renewable.

Hawaii Renewables Have Potential to Generate All State Electricity

Based on studies from the National Renewable Energy Laboratory, the state’s wind and solar potential alone could generate more than 12 billion kwh/year. Again, the potential is there for Hawaii to get to 100 percentclean energy, but energy storage is the most critical aspect of the Aloha State reaching this goal. Luckily, there is a potential solution: electric rental vehicles.

Each year over 7.5 million people visit the islands of Hawaii, with expenditures exceeding $10 billion a year. With so many people visiting the islands every year, rental cars are in high demand. In the U.S. alone, there are currently 1.7 million rental cars being used. Since virtually none of these tourists would have their own vehicles stowed away somewhere on the island for use while on vacation, rental cars are crucial.

The market of electric vehicles (EVs) is rapidly growing as fuel efficiency standards continue to rise and we look to decrease our dependence on fossil fuels. One thing that currently holds back large scale deployment of EVs are charging stations. Luckily, Hawaii is ahead of the game. In fact, with more than 200 public stations and almost 200 private charge locations, Hawaii has more EV charging stations per capita than any other U.S. state. This is where we find our solution to the renewable energy storage problem.

Picture this: all rental vehicles being swapped for electric rental vehicles and large scale charging stations being incorporated at all hotel and resort locations. It might sound like a daunting task, especially with Hawaii having over 350 hotels and each charging station costing anywhere from $6,000 to $8,000, but the state already has laws that could help this cause.

Currently, parking lots with at least 100 parking spots are required to have at least 1 designated space available for an EV vehicle and to be equipped with a charging station. This already puts many of the major hotel locations in this category. All that is left is swapping the oil-dependent, gasoline rental cars out for clean energy EVs. How will this help the state achieve 100 percent renewable energy generation? The answer is batteries.

How Do EVs Solve the Problem?

The amazing thing about EVs, aside from using no gasoline, is that they can act as storage devices, like batteries. EVs can be used to store excess power when demand is low (i.e. when they are charging at night) and can feed it back to the grid when demand is high (i.e. when they are plugged in at hotel/tourist locations during the day). This acts as the perfect system to store the renewable energy that is generated from scaling up wind and solar projects in Hawaii.

Now some may ask about the short battery range of EVs, their current battery life doesn’t allow EVs to travel hundreds of miles in a single charge. However, Hawaii isn’t a very large island and most tourist destinations are within a day’s drive. Finally, these renewable projects have a device that will not let the excess generated electricity go to waste.

This also bodes well for the rental car companies, hotels, and other locations that incorporate charging stations into the parking spaces. When the EVs are plugged in, they feed energy back into the system when needed. Utilities and electricity wholesale providers could then pay these locations for providing them with power, making it a win/win for everyone. Although swapping all rental cars in the state out for EVs would be costly and difficult, doing so would allow Hawaii to scale up renewable energy in its pursuit of 100 percent clean energy – just an idea.