The Occupy Portraits: A Photo Essay - Shareable
Skip to content 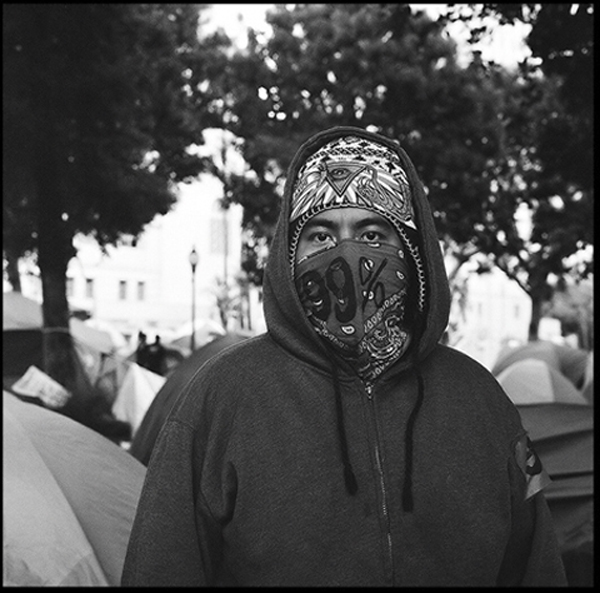 Above: Los Angeles – What Marco hopes for: "… free education."

In broad daylight, on a city street that could be anywhere in the world, stand five armed policemen clad in black. Two additional officers in this group wear white shirts, signifying they are in command. All seven of the men form a semi-circle around an eighth officer kneeling atop a woman he has pinned, face down to the ground, his knee planted firmly in her lower back, a fistful of her green jacket in each of his hands. The woman’s white face is pressed against the black asphalt of the street, in stark contrast to the bright red of her open lips —shouting for him to stop.

Stunned by this image in the New York Times (September 24, 2011, by staff photographer Andrew Hinderaken), it was difficult to believe that the violent scene occurred on the streets here in the United States. When the Occupy protests erupted in Los Angeles a week later, I went to see what was going on for myself, grabbing my 65-year-old Rolleiflex, a pocketful of black and white film, and as always, my journal.

It was seven in the morning when I came upon the sea of tents surrounding City Hall. Not a soul was in sight, until Marco climbed out of his tent — a bandana covering his nose and mouth, a second bandana rolled and tied around his forehead. He agreed to let me make his portrait, so I took out my journal and wrote down — his name, how many days he’d been protesting, what he hoped for as he dedicated himself to this global call for change. “Free education,” was his response. His razor-sharp focus, his clarity, contradicted the image of Occupy protesters that was flooding the corporate mainstream media. At that instant, I committed to showing up every Thursday (my day off), for as long as the activists were camped out at City Hall. I wanted to craft the larger portrait, to reveal the story from an insider's perspective. For 10 consecutive weeks, I returned each Thursday and made portraits. At home in my studio at night, I processed the images, posting portraits every Monday for use by Occupy LA's media group. When the protesters were evicted, I naively imagined my part done and the photo essay completed. It would prove a short-lived reprieve for, in a matter of weeks, I found myself compelled to research cheap airfares – five flights for $540. Spanning 12 cities and eight states, The Occupy Portraits: A Photo Essay, is comprised of approximately 500 black-and-white portraits of activists (from California to New York), shot between October 2011 and May 2012, and includes an essay by Pulitzer Prize- winning journalist Chris Hedges.

In solidarity with many of the ideals of Occupy, my photographic process seeks transparency. Every portrait created during the essay is presented in the sequence in which it was photographed, allowing the viewer to retrace how I became acquainted with, both, the Occupy movement and with my own growing sense of an activist’s responsibilities, and upon completion, each person photographed receives a print. Art for the sake of humanity, as we awaken notions of prosperity through equality across America and the world.

If we can harness the momentum in this country right now, we can begin to repair the damage we’ve done, to ourselves and to the world, through the deadly combination of our aggression, arrogance, and apathy. With this goal in mind, I know that I can do the greatest good for this cause by offering up, from deep within myself, this documentary essay of portraits. I can only hope that history will find that these photographs both chronicled the movement and inspired others to continue to take bold action in the name of a universal justice. 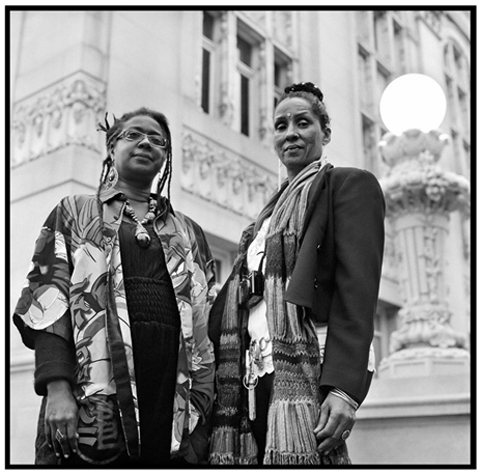 Oakland – What Sam Sarah hopes for: "… access to holistic pregnancy and labor delivery for all families." What Dafina hopes for: "… clear hearts of hatred and fill them with compassion, grace, and generosity for all." 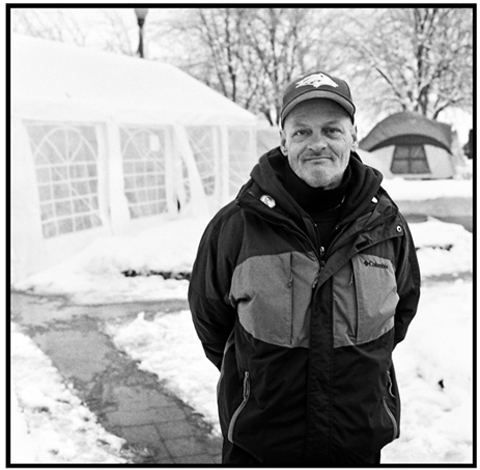 Tacoma – What Brett hopes for: "… my stand here has always been the children and the children's children." 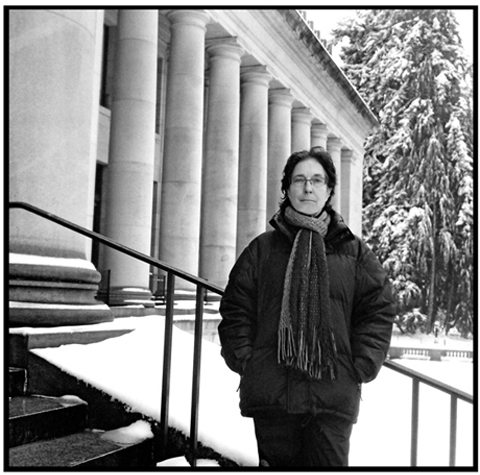 Olympia – What Sarah hopes for: "… now my imperative is to pass a Constitutional amendment that would reverse 200 years of Supreme Court decisions giving corporations human rights." 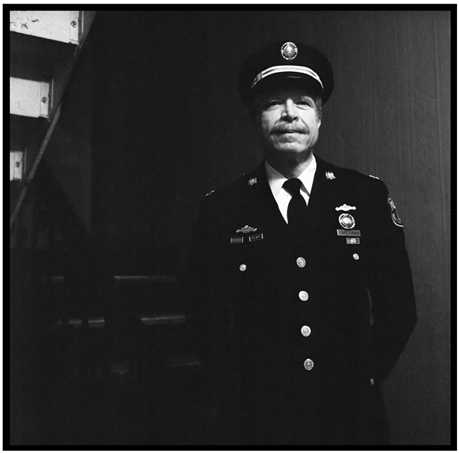 Wall Street – What Ray hopes for: "… I would like everyone to search their hearts and determine their priorities — and then act on them." (Retired Philadelphia Police Captain Ray Lewis was arrested by New York City Police for wearing his uniform at an Occupy protest.) 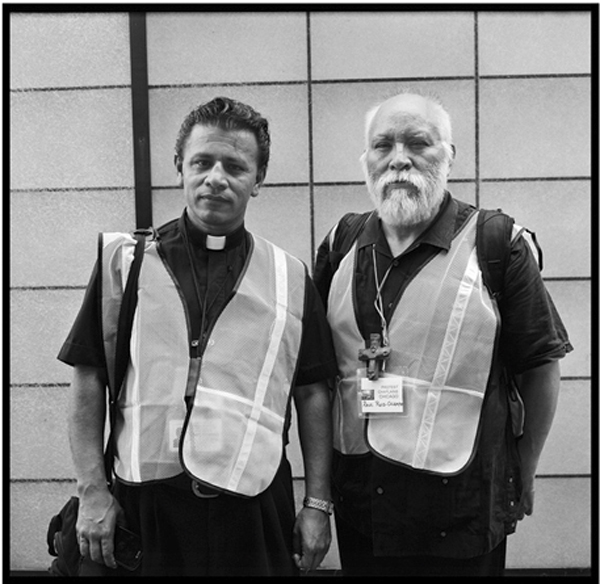 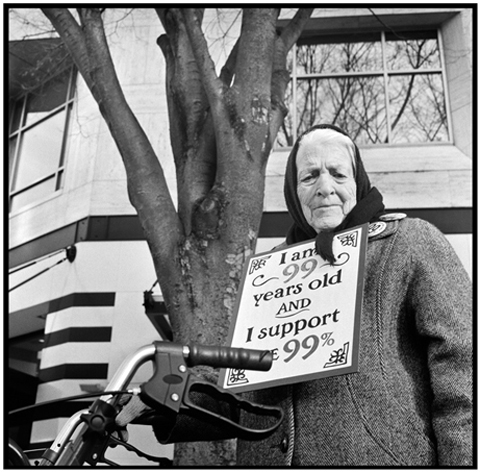 Seattle – What Kathleen hopes for: "… get the people educated so they know what's going on, and truthful newspaper reporting." 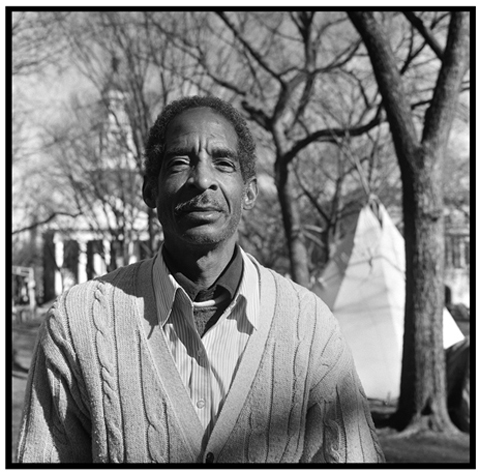 New Haven – What Joe hopes for: "…I would like to change the economic system." 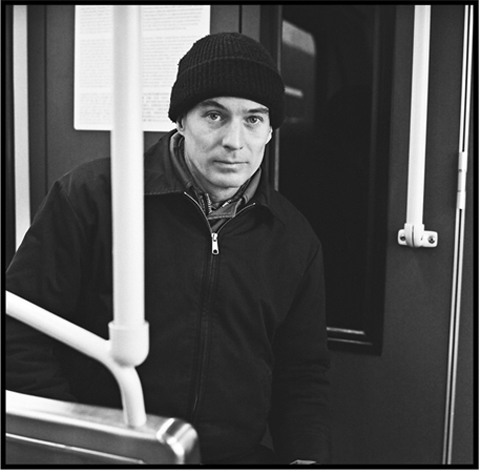 Portland – What Alex hopes for: "… this movement is happening whether anyone likes it or not. Our hearts are pure. Our minds, clear. Our intentions are just." 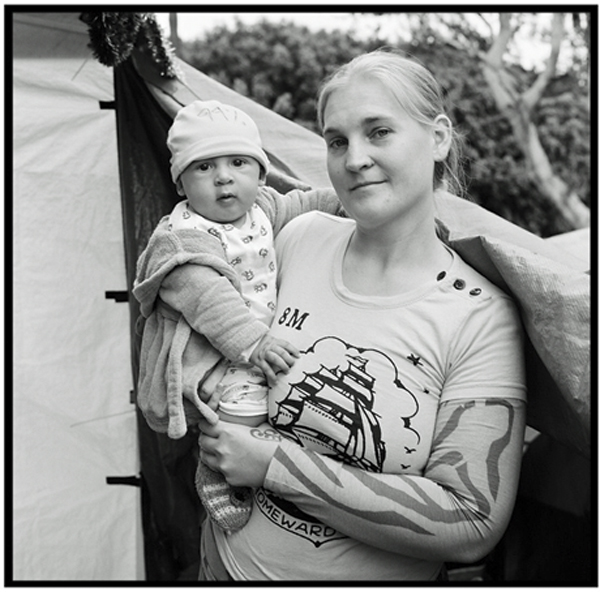 Los Angeles – What Samantha (and Kenny) hope for: "… a restructuring of wealth in this world." 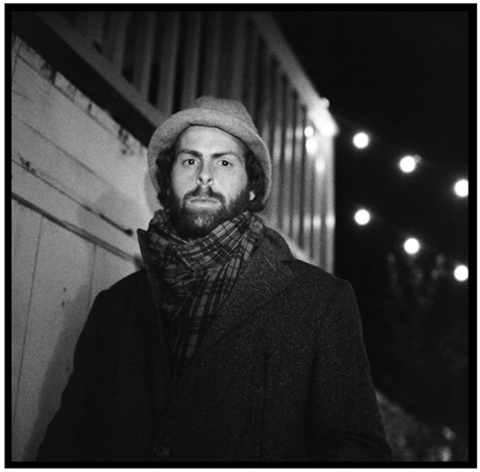 Venice – What Matthew hopes for: "… everyone can have access to carbon-free transportation."

Annie Appel is a documentary/fine arts photographer whose work can be found in the permanent collection of the Los Angeles County Museum of Art, as well as private and corporate

Annie Appel is a documentary/fine arts photographer whose work can be found in the permanent collection of the Los Angeles County Museum of Art, as well as private and corporate collections throughout the United States. She has a Bachelors in Fine Art photography from Art Center College of Design and a Masters from California State University, fullerton. As an instructor, the rich combination of her broad, interdisciplinary photographic experience and her insightful, supportive guidance serves to inspire students to express their inner vision and, thus, to share the legacy of that vision with the world.