The Evolution Will Not be Individualized - Shareable
Skip to content 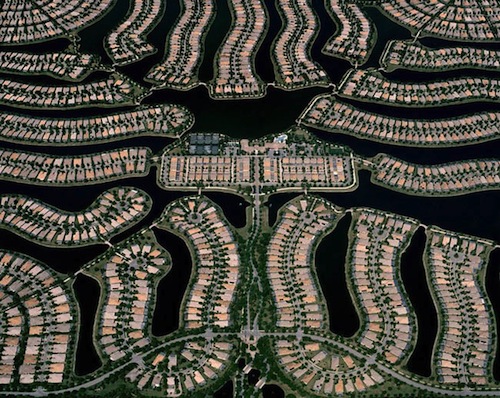 I've been thinking about how the two most recent contributions to the Shareable Futures series –– the Q&A with author Paolo Bacigalupi and Vinay Gupta's "The Unplugged" — stress social change as an accumulation of individual decisions. In our conversation, the prospect of relying on individual virtue to save the planet seemed to torment Bacigalupi, as well it should:

Here’s what scares me the most: I feel like I have a pretty good handle on sustainability and yet here I am about to get on airplane to go to the American Library Association meeting to flog my books. And again, I’m firing a shotgun into the face of the next generation by contributing to global warming, just to meet a selfish short-term need.

It’s like Slavoj Žižek says: I know but I don’t want to know, therefore I don’t know. I recognize the problem but the problem is so horrifying that I look away, and continue on exactly on the same path. That’s a very human tendency, and it frightens me.

Our Q&A ends on this deeply pessimistic note. I have intense admiration for Bacigalupi as a writer, but I think this perspective reveals a profound limitation–one that is broadly reflected in today's environmental movement, whose most public face tends to focus on urging individuals to buy green, recycle, drive less, etc. (I think Shareable.net has at times inadvertently spread this gospel, simply because personal narratives tend to drive traffic and engagement on this site.)

But my instinct has always been that we cannot rely on individual goodness and common sense to save the world, especially from ecological collapse. This is not to dismiss individual initiative; how we live in relation to the people around us and respond to forces we cannot control is a critical dimension of every human life. Entrepreneurialism matters; so do acts of kindness. We have no choice but to live the lives we have been given and to decide for ourselves how to react to the injustices and stupidity that are intrinsic to human society.

But I am under no illusions that my private decision to always share transportation will stop global warming, all by itself. I see it more as a spiritual discipline than a solution, more of a refusal to collaborate in my own destruction than an act to save other people. A new study, reported by Amanda Reed at Worldchanging, lends some empirical support to this belief:

Has "green consumerism" reduced climate emissions? Not according to John Barrett.

The truly startling revelation from Barrett's data on the growth of UK greenhouse gas emissions from consumer goods and services was the degree to which strategies for "greening" consumption have failed:

This leads me back to one of my mantras: Repairing the world is not about individual virtue; instead, it's a design problem. Bacigalupi wouldn't have to fly to the American Library Association meeting if America had decent, comprehensive high-speed rail (which is certainly not zero-net, but is less harmful than flying). People wouldn't pour so much surplus income into goods if they could jaunt down to the Neighborhood Share Center for shareable tools or toys or camping equipment. 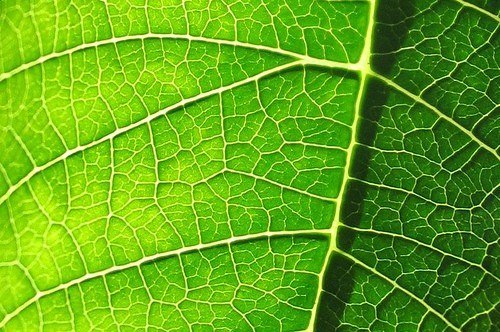 The decisions to invest in highways and airports were conscious, human ones, which have turned out to be acts of war on future generations. We can make different, better decisions that will make peace with the future, and perhaps create environments where good individual decisions (like sharing instead of owning cars) are rewarded instead of punished. This is why I hate cars and highways but not the people who drive cars and highways. It's too much to ask most people to live so far outside of the mainstream. We need a new mainstream.

But to talk about grand social re-design, especially one that tries to nudge people's private decision-making, raises the specter of utopianism, which for the purposes of this discussion might be defined as a desire to wipe the slate clean and start over, often through a kind of revolution of modern-day would-be philosopher-kings (academics, journalists, philanthropists, social entrepreneurs, etc.) handing down ideal worlds in books, blogs, and NGO reports, which are then adopted as public policy.

However, that brand of utopianism holds very little charm for me, and in our chastened post-modern age, I don't think I'm alone. These days, I tend to see the only path to better worlds as one that arises from multi-scale, multi-level dialog and negotiation, leveraging the materials we already have at hand. As part of that imperfect process, we have to grapple seriously with how to incentivize good decision-making, something that has gotten lots of attention recently with books like Cass Sunstein's Nudge or a great deal of thinking among game designers. Here's video game developer Jesse Schell at DICE 2010 pondering the question of how to design cities like a game so that we can all try to win:

The responses I've seen to this talk have been uniformly negative: The YouTube clip I use here is titled "Most Disturbing Presentation Ever"; the blog SFSignal posted this clip with a question: "Is Our Future Going to Be Like a Video Game Designed by Big Brother?"

But I don't see Schell as Big Brother; in the age of Web 2.0, I see "Big Brother" as an obsolete concept. Not because the prospect of top-down tyranny and social control has gone away, but because — as Bacigalupi brilliantly explores in both our Q&A and his short story, "The Gambler" — our social worlds are now so cacophonous that the biggest danger to our freedom and survival comes from permanent, masturbatory distraction, not secret police.

For its part, Schell's vision doesn't attempt to impose one rigid action on everyone; instead, it tries to remind people (millions of people, if scaled up) to make the right decision–and, yes, while I do think there's lots of room for democratic debate about what constitutes "right,"  I also unapologetically believe that there really is such a thing as right and wrong. I think most people want to do the right thing — that is, not hurt other people or hurt future generations — but they also want to do the easy thing. The trick is to make the easy thing the right (or the most rewarding) thing, as much as possible.

This isn't utopia; it's something else, for which we don't yet have a name (or do we?). It's the city as scenario-running game, whose goal is group survival; we play to live another day, as we always have. Nothing new there; this way of talking about the world is just a way to reveal a reality that already exists. To my mind, Schell's talk represents a serious attempt to come up with a twenty-first century solution to the problem that seems to leave Bacigalupi stumped: How to design the world so that we can see the impacts of our everyday acts–from driving to work to shopping for food–across time and space, something that the "Internet of Things" might make more possible:

Today, the toughest task we face is to remind ourselves of our interdependence, with each other as well as with the past and the future. That's a reality that contemporary society has been designed to conceal–and it's an understanding that recent game experiments like the Tales of Things or Superstruct (which seems to have given rise to Gupta's "The Unplugged") have tried to revive, using instead of rejecting technology. We don't evolve in isolation, but only in relation to each other. Human evolution cannot be individualized.