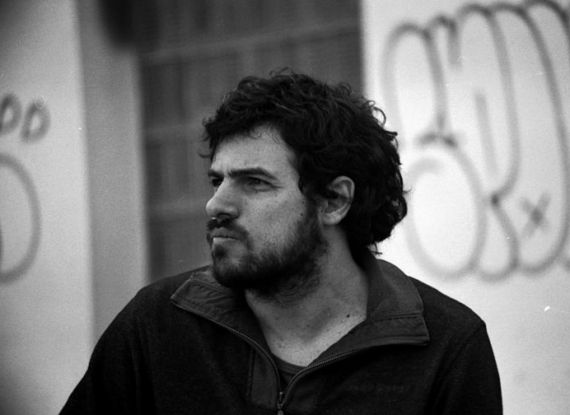 The Catalan Integral Cooperative (CIC, pronounced “seek”) is surely one of the more audacious commons-based innovations to have emerged in the past five years. It is notable for providing a legal and financial superstructure that is helping to support a wide variety of smaller self-organized commons. Some of us are calling this proto-form an “omni-commons,” inspired by the example of the Omni Commons in Oakland.

CIC is smart, resourceful, socially committed, and politically sophisticated. It has bravely criticized the Spanish government’s behavior in the aftermath of the 2008 financial crisis, which has included massive bank bailouts, foreclosures on millions of homes, draconian cutbacks in social services, a lack of transparency in policymaking. CIC regards all of this as evidence that the state is no longer willing to honor its social contract with citizens. Accordingly, it has called for civil disobedience to unjust laws and is doing everything it can to establish its own social order with a more humane logic and ethic.

Journalist Nathan Schneider provides a fascinating, well-reported profile of CIC in the April issue of Vice magazine. The piece focuses heavily on the role of the visionary activist Enric Duran, who in 2008 borrowed $500,000 from banks, and then he gave the money away to various activist projects. Despite being on the run from Spanish prosecutors, Duran went on to launch CIC in early 2010 with others.

His avowed goal is to build a new economy from the ground up. CIC is a fascinating model because it provides a legal and financial framework for supporting a diverse network of independent workers who trade with and support each other. This is allowing participants to develop some massive social and economic synergies among CIC's many enterprises, which include a restaurant, hostel, wellness center, Bitcoin ATM, library, among hundreds of others.

At last count, the CIC consisted of 674 different projects spread across Catalonia, with 954 people working on them. The CIC provides these projects a legal umbrella, as far as taxes and incorporation are concerned, and their members trade with one another using their own social currency, called ecos. They share health workers, legal experts, software developers, scientists, and babysitters. They finance one another with the CIC's $438,000 annual budget, a crowdfunding platform, and an interest-free investment bank called Casx. (In Catalan, x makes an sh sound.) To be part of the CIC, projects need to be managed by consensus and to follow certain basic principles like transparency and sustainability. Once the assembly admits a new project, its income runs through the CIC accounting office, where a portion goes toward funding the shared infrastructure. Any participant can benefit from the services and help decide how the common pool is used.

CIC members can choose to live in CIC-associated apartments in Barcelona or at a farming commune called Lung Ta, or at Calafou, a “postcapitalist ecoindustrial colony” in the ruins of a century-old factory town that Duran and a few others bought. In a country where the unemployment rate is more than 20 percent for the general population and more than 50 percent for people under 25 years old, the CIC enterprise is not just some wild, half-baked scheme. It’s a system for surviving the vise of neoliberal politics and economic policy. CIC helps people build their own livelihoods in a socially supportive context — something that the state is notably incapable of doing.

In a play on the famous Gandhi line, Schneider summarizes CIC’s self-styled mission as aspiring to “Be the Bank that You Want to See in the World.” It is inventing radically new types of finance and exchange to emancipate its members from dependency upon a predatory capitalism and an unreliable state. For example, CIC is developing a global digital currency FairCoin that is adapting Bitcoin-style technology to serve more socially constructive types of exchange.

In a short blog post, it is hard to do justice to the daring ambition and innovation coming out of CIC, so read the full article. Let the following excerpt about CIC’s backoffice financial sophistication serve as a teaser. Schneider writes:

Accounting takes place both in euros and in ecos, the CIC's native currency. Ecos are not a high-tech cryptocurrency like Bitcoin but a simple mutual-credit network. While the idea for Bitcoin is to consign transactions entirely to software, bypassing the perceived risk of trusting central authorities and flawed human beings, ecos depend on a community of people who trust one another fully. Anybody with one of the more than 2,200 accounts can log in to the web interface of the Community Exchange System, see everyone else's balances, and transfer ecos from one account to another. The measure of wealth, too, is upside down. It's not frowned upon to have a low balance or to be a bit in debt; the trouble is when someone's balance ventures too far from zero in either direction and stays there. Because interest is nonexistent, having lots of ecos sitting around won't do any good. Creditworthiness in the system comes not from accumulating but from use and achieving a balance of contribution and consumption.

The idea was to help people out and radicalize them at the same time. The rich use tax loopholes to secure their dominance; now anticapitalists could do the same.

The CIC’s answer to the Federal Reserve is the Social Currency Monitoring Commission, whose job it is to contact members not making many transactions and to help them figure out how they can meet more of their needs within the system. If someone wants pants, say, and she can't buy any in ecos nearby, she can try to persuade a local tailor to accept them. But the tailor, in turn, will accept ecos only to the extent that he, too, can get something he needs with ecos. It’s a process of assembling an economy like a puzzle. The currency is not just a medium of exchange; it’s a measure of the CIC’s independence from capitalism.

The full Vice article can be read here.