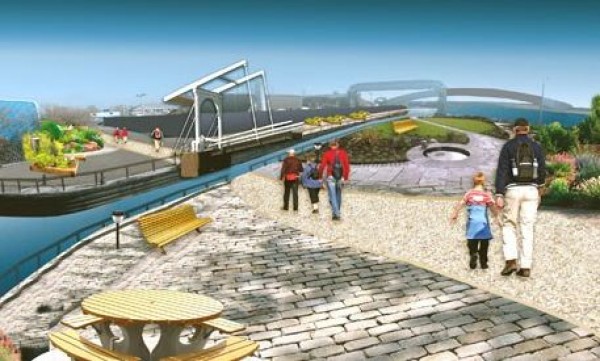 In the past 2 years, crowdfunding has gone from a hip term known and engaged by a relatively small number of people to a viable source of raising capital for a wide range of business ideas, thanks to sites like Kickstarter. Now from London, comes Spacehive, which expands the scope in a way that will benefit a substantial number of people for decades to come: As they put it, “Spacehive helps communities transform their local public spaces.”

It allows projects to be incubated, from just an idea to fully permitted project, with all the resources and advice needed to see that happen, then solicit the public to fund it. Projects can be initiated by anybody from a neighbor with an idea to a city seeking a creative way to fund urban renewal initiatives. As in Kickstarter, there is a time component, but interestingly, the amount raised cannot exceed the goal amount.

On the other end, you as a funder have the power to improve your own or other’s surroundings by what you choose to support.

What makes Spacehive truly powerful is not just that it helps projects get funded, but it also gives people a platform to pitch how they’d like to see their surroundings, then see if the community supports it, or has suggestions to improve it. This takes what might otherwise merely be an idea in someone’s head that they were resigned to just thinking about, not seeing how they could bring it to reality, to something collaboratively brought to fruition, with much greater and broader support for it.

Interestingly, Spacehive also invites businesses and brands to sponsor projects. In these times when people are seeking more connection with and meaning from the companies they choose to support, this is a smart way for businesses to do so.[image_1_small_right]

So, what does one of these projects look like? A perfect example is the intriguingly titled, “Unlock London’s secret dock” It’s a simple start to a rather ambitious idea: Take a long unused and sealed off dock area and turn it into a bustling creative quarter. The bridge from here to there is literally a bridge – One that, along with removed fences, will open the final link to a continuous 26 mile river walk. The space it leads to will be in part designed local community and the funders themselves.

The project will heavily include the public, including them in preparing the grounds, laying the foundation, and actually install the bridge itself. Beyond that, they will be invited to develop and maintain a garden plot, with professional support, and attend workshops in permaculture, urban bee keeping, and wildlife habitat creation.

From this simple start, they intend to develop the 2.5 acre land with reasonably priced studio space, a cafe and and and exhibition space. Below is a BBC video news story for more about the project.

Projects are by no means limited to such elaborate ideas. As Spacehive says, “Goal posts and park benches are as welcome as grand boulevards and amphitheatres.” And apparently a little cheekiness is welcome as well, if this one whose aim is to sail a replica of the Queen of England’s head down Regents Canal is any indication.

It’s inspiring to see crowdfunding used in such a way, connecting neighbor to neighbor, local government to the people, and businesses to the public.

Readers: Where else are you seeing crowdfunding used in such community engaging/benefitting ways?

Paul Smith is a sustainable business innovator, global trend tracker, the founder of GreenSmith Consulting, and has an MBA in Sustainable Management from Presidio Graduate School in

Paul Smith is a sustainable business innovator, global trend tracker, the founder of GreenSmith Consulting, and has an MBA in Sustainable Management from Presidio Graduate School in San Francisco. He creates interest in, conversations about, and business for green (and greening) companies, via social media marketing.

Things I share: My insights, enthusiasm, and great inspiring finds from around the world.