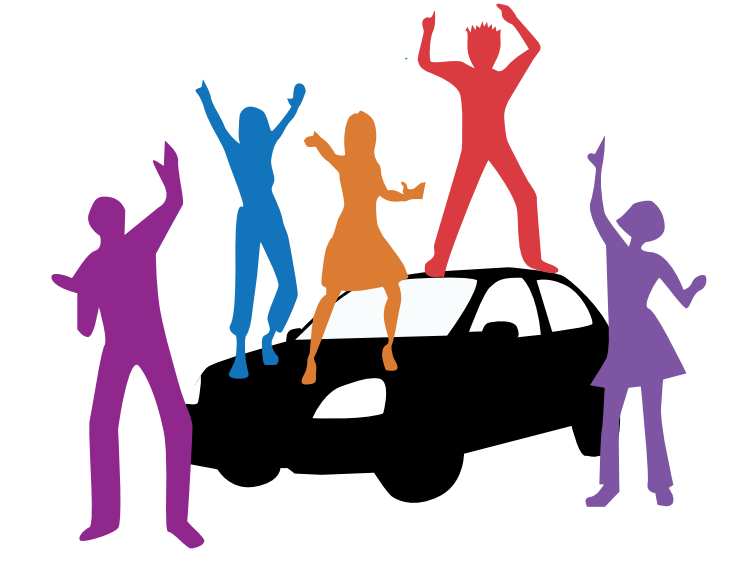 Ten Years ago, Jeremy Rifkin published The Age of Access. He announced the dawn of a new age of capitalism in which our society would be built around the access to goods:

"The role of the property is undergoing a radical transformation. The consequences of this revolution are of a fundamental significance for our society. […] By 25 years, the very idea of property will seem surprisingly limited or completely outdated. […] Our social status now depends more on access than on property."

Ten years later, his prophecy is being fulfilled. The first signs were strong enough for other reknowned authors to state it as their own. Brian Walsh recently wrote in a TIME Magazine article that collaborative consumption is one of the 10 ideas that will change the world: "Someday we'll look back on the 20th century and wonder why we owned so much stuff." Lisa Gansky, author of The Mesh, showed in her book why "access to goods and services now trumps ownership." Is this economy really about to emerge? Here is the story of the telltale trend whose growth has hastened in the last few months: shared mobility.

Mobility is arguably the most vibrant sector of the sharing economy. Bike sharing schemes around the world generate more than 2.2 millions trips per month. In Hangzou, China, the biggest bike-sharing community in the world, more than 240 000 trips are made each day thanks to 50,000 bikes (more than twice the number of Paris’ Velib’). 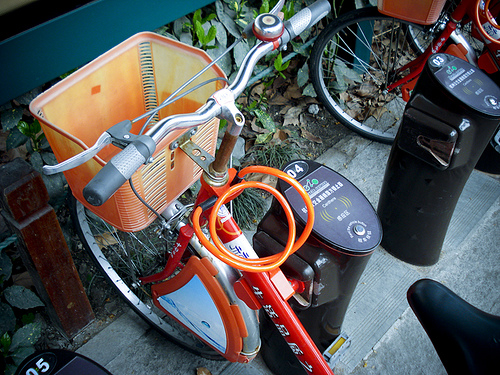 Bike sharing is the fastest growing form of public transportation; and car sharing won’t be lagging behind for long. Criticism of consumerism and our unsustainable lifestyles are often focused on cars. Gen Y is forgoing car ownership. And carmakers are noticing, as John Elkington points out in The Guardian:

"What is really spooking (the car industry) is the fact that young people are beginning to think differently about car ownership. Unlike earlier generations, for whom owning a car was a signal of independence, of having arrived, young people these days are showing much less inclination to possess their own car."

A recent report by GWL Realty Advisors on urban living in the 21th century was quoted by Jay Walljasper in his article Computers outpace cars as our vehicle of self expression. It notes that :

"There is also growing research showing that younger generations do not relate to the automobile as enabling “freedom.” Instead, their electronic and social media devices – whether a smart phone, small lap top computer, music player, etc. – provide an alternate means for self expression and being free to do what they want. In the United States, kilometers driven by 18–34 year olds is declining, and this is likely the case in Canada as well (Neff, 2010). Younger generations seem to have less interest in automotive use, making apartment living in dense, walkable and transit-oriented urban areas a more natural fit for their lifestyles."

What are the consequences of this new relationship to cars? Sharing alternatives are popping up to serve the general public. Carsharing might serve 5.5 million people in Europe by 2015. In France, carpooling for long trips answers the needs of growing numbers of travelers. French highway companies are even about to launch specific parking spaces to help carpoolers meet up. The main French carpooling service provider, Covoiturage.fr, serves 1 million users, amongst which 600 000 have registered in the last 12 months. For Frédéric Mazzella, Covoiturage.fr’s founder, these numbers are far from the market’s potential. He states in an article of Le Parisien: "I am convinced that in a few years we can serve 5 to 10 million users."

Such optimism is confirmed by a number of studies, including one by TNS Sofres for the Chronos Group. It focuses on user perception of transportation in the future: carpooling took first place, followed by public transportation, carsharing and bikes. Cars came in last. Another interesting aspect of this study is that 51% of the French consider that the essential part of their trips will involve shared cars in 2030.

Peer to peer car rentals are without doubt the most disruptive scheme in this new realm of shared mobility. It could also turn into the most important driver of this trend. In the US, Google invested 5 million dollars  in RelayRides; while Getaround, their main competitor just won the TechCrunch Disrupt, a prize for the most promising start-up. In France, six companies have already set their hearts on the peer-to-peer car rental market (current world record) :

Robin Chase recently explained during a sharing economy dedicated event at the Cantine – a coworking space in Paris – (thanks to Innov’in the City for the report) :

"In big cities, the idea of carsharing is obvious to most […] Car overcapacity and overpopulation in cities make carsharing amongst individuals a must. Even small companies with small fleets of cars can make them available to users."

What will the future of mobility be like? How will carmakers react to this trend on the go? Answers are soon to follow.

Article initially published in French on my blog: https://consocollaborative.com/1372-mobilite-partagee-bienvenue-dans-lage-de-lacces.html

Many thanks to Shabnam Anvar for her help translating the article from French to English.

Antonin is an "all-things-collaborative" activist. He thinks that the collaborative movement and its principles have the power to rebuild trust in society and politics. As a young innovator, blogger, and

Antonin is an "all-things-collaborative" activist. He thinks that the collaborative movement and its principles have the power to rebuild trust in society and politics. As a young innovator, blogger, and speaker, he aims to foster the collaborative movement in France and Europe. He writes on the emergence of the Collaborative Economy in Europe and especially in France. He also works as a consultant for diverse companies (startups, big players, and others) by helping them take advantage of new opportunies and innovations in this field.