Seeing the Forest: An Oregon Ecosystem Is Restored - Shareable
Skip to content

Seeing the Forest tells the story of the Siuslaw National Forest in Oregon — how it made a successful transition from timber extraction to ecosystem restoration. Once the epicenter of conflict, the Siuslaw today is an exemplar of cooperation and collaboration.

They harvest wood sustainably by thinning overly dense monoculture stands that are a legacy of the earlier days of unrestrained clearcutting. This not only improves the health of the forest by providing better habitat, but also creates local jobs and provides revenue to fund other restoration activities. These activities include stream and watershed restoration, installing large culverts for aquatic organism passage, road maintenance, and road closures. All of these activities create more local jobs, in a virtuous circle that benefits the people, the forest, and salmon.

This is the story of how one national forest evolved from seeing trees as its primary resource, to seeing the forest as a whole.

In the 1990s, many communities in central Oregon were torn asunder by the “War of the Woods.” Environmentalists had brought lawsuits against the U.S. Forest Service for violating its own governing statutes. For decades, timber companies had been allowed to clear-cut public forests, re-seed with tree monocultures, and build ecologically harmful roads on mountain landscapes.

Environmentalists won their lawsuit in 1991 when a federal judge issued an injunction that in effect shut down timber operations in the Pacific Northwest of the US. While the endangered northern spotted owl was the focus of much of the debate, the health of the entire ecosystem was at risk, including the Pacific salmon, which swim upstream to spawn. 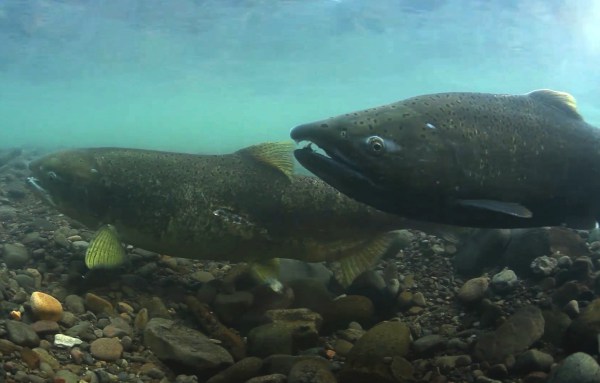 There is often no substitute for litigation and government mandates, and the 1991 litigation was clearly needed. But what is really interesting is the aftermath: Rather than just designating the forest as a wilderness preserve off-limits to everyone, the Forest Service instigated a remarkable experiment in collaborative governance.

Instead of relying on the standard regime of bureaucratic process driven by congressional politics, industry lobbying and divisive public posturing, the various stakeholders in the region formed a “watershed council” to manage the Siuslaw National Forest. Twenty years later, this process of open commoning has produced a significant restoration of the forest ecosystems, implicitly indicting the previous forest management regime driven by politics and the formal legal system.

This story is told in a wonderful 30-minute film documentary, Seeing the Forest, produced by writer and filmmaker Alan Honick, with support from Forest Service Employees for Environmental Ethics. Honick writes how the public lands in Oregon contained most of the remaining old growth forests outside of protected parks:

These were complex and ancient ecosystems, particularly on the west side of the Cascades, where the moisture from Pacific storms gave rise to rich and diverse temperate rainforests. Hundreds of species of animals and plants depended on this habitat to survive.

For 40 years, these forests were logged with the same industrial methods practiced on private land. Vast swaths were clearcut, then densely replanted with monocultures of the fastest growing trees. When they reached sufficient size, they were scheduled to be clearcut and replanted again, in an ongoing cycle considered sustainable by those who employed it.

The aftermath of the 1991 litigation could have been simmering hostility and litigation, which would likely flare up again. It was based on the old, familiar narrative of “jobs vs. the environment,” a debate that government was supposed to mediate and resolve.

Seeing the Forest from Alan Honick on Vimeo.

In Oregon, however, it was decided to develop a “Northwest Forest Plan” that inaugurated a new space and shared narrative. The Siuslaw Watershed Council invited anyone with an interest in the forest to attend its open, roundtable meetings, to discuss how to manage the forest and resolve or mitigate the competing interests of timber companies, environmentalists, recreational fishers, local communities, hikers, and others. Outcomes were based on consensus agreement.

One environmentalist confessed that he had never wanted to sit down at the same table with a timber industry representative. The process of sitting and talking as a group was an important behavioral experience for all sides, however. It was a process for overcoming mutual skepticism, building trust, putting aside past differences, and taking risks on new ideas. The group does not have binding decisionmaking power, but as a Forest Service representative explained, it has “all but legal” decisionmaking power for the Siuslaw Forest, including how funds will be spent.

The process has focused on a shared goal – the restoration of salmon in the streams and rivers. While there remain differences among participants, everyone is oriented to finding workable solutions rather than in “winning” through a pitched political or legal system.

One advantage to this process has been using informal agreement to bypass bureaucratic and legal limitation for doing things. The life-cycle of the salmon spans an entire watershed, from the headwaters of the streams to the ocean – a geographic expanse that goes well beyond the Forest Service lands to include many private lands and community lands. The watershed council helped surmount some of these jurisdictional issues and allow people to develop more flexible, far-ranging plans than a bureaucratically driven process would allow. The outcomes had a built-in consensus and legitimacy, which cannot often be said about regulatory processes, where legal strong-arming, big money and cultural polarization often prevail. 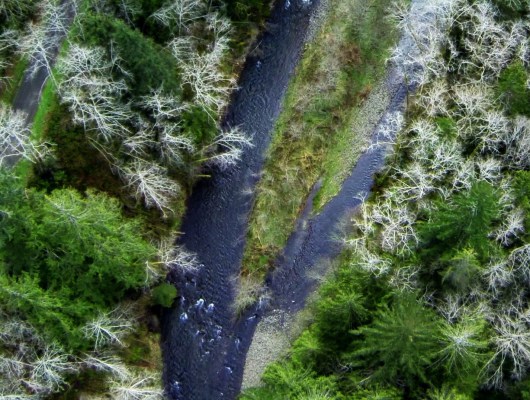 The watershed council was able to initiate all sorts of solutions that would probably have eluded the Forest Service acting as a typical bureaucracy. The council has overseen the thinning of forests in selective, ecologically responsible ways while minimizing road use and decommissioning old logging roads. It has restored the ecological function of streams and watersheds, including the creation of culverts that mimic streambeds so that salmon could move upstream. Instead of pulling dead trees out of the stream, they are now left intact because the fish need such habitat. And so on.

When a major storm hit the forest in 2012, its impact on the streams and roads was minimal – indeed, far less than the impact of a devastating 1996 storm. Of course, telling this story of effective forest management is harder because there are no apocalyptic photos of destruction to qualify as “news.”

Honick’s understated, well-made film makes a powerful point about the potential of open collaboration. It can successfully manage even something as large and biophysical as a forest. Even the market individualists of American culture can achieve a fundamental transformation through commoning.