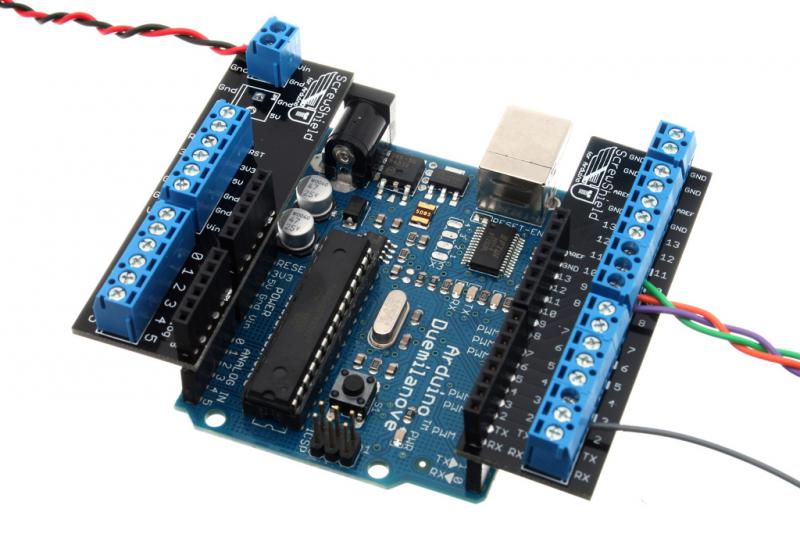 This essay was originally published at On the Commons,

It may be too early to declare it a runaway trend, but it is clear that businesses dedicated to producing “open software hardware” are gaining a foothold. In a short video, Phil Torrone of MAKE and Limor Friend of Adafruit — two leaders in the field — give a quick run-down of thirteen companies that are now earning more than $1 milion in revenues from producing open-source hardware products. Most of these companies are in fact approaching the $5 million revenue mark, according to Torrone and Friend, who count about 200 open source hardware businesses right now, and predict 300-plus in 2011:

So who are these companies and what are they producing?

Arduino is an open-source micro-controller board that is allied with a free software development community. The Arduino hardware and software provide a flexible platform for developing all sorts of electronic systems, using switches, sensors, motors, lights and other components. More than 150,000 Arduino units have been sold.

A company called Bug Labs produces LEGO-style, modularized components that can be easily put together and programmed “to make any device you want.” As the company puts it: “With a growing array of BUGmodules, from 3G to GPS, motion sensor to mini-projector, touchscreen LCD to speaker and many more, [you can] hack together your own portable media player, make a GPS-enabled car security system, or build a city-wide bicycle-tracking social network — create any device your imagination allows.”

The Chumby is an electronics device that looks like a clock-radio except that it is a computer with a wifi connection that gives steady streams of Internet software widgets. That means you can access hundreds of “feeds” from Internet sources and display them — weather, sports scores, music, and far more arcane datastreams. For those who agree to the Chumby HDK License, the design schematics of the device can be downloaded and used to make modifications — which are expressly encouraged. So if a horde of hackers make improvements to the device, it doesn’t hurt the commercial fortunes of Chumby Industries; it actually helps it.

Adafruit is a New York company that sells “educational electronics” and other electronics parts. I’ve actually bought one of the TV-B-Gone microprocessors, which can remotely turn off those obnoxious and ubiquitous TV screens in airport lounges. Hackerdom meets culture-jamming!

While it may be easy to dismiss these sorts of companies as too fringe to be significant, they do represent a new sort of technological commons that has a larger potential. Users are not regarded simply as consumers, but as innovators in their own right whose ingenuity can be aligned with a company’s commercial motives.

For those who wish to explore the open-source hardware movement further, Michel Bauwens on the P2P Foundation blog has a series of excellent posts on the evolving state of this movement. In addition, see my blog post on open hardware last year. In November 2009, there was a conference in Manchester, England, Media Ecologies for Post-Industrial Production that brought together the diverse elements of this budding field. (See Bauwens’ report on the conference here.)

More than a collection of gadgets for hobbyists, open source hardware can be considered “infrastructures that contribute to the autonomy of communities taking care of their livelihoods, through action and production,” as the Manchester conference website put it. Its two focal points are “collaborative platforms for social action,” and “collaborative platforms for open and distributed manufacturing.”