Racial discrimination and the sharing economy — what does the research tell us? - Shareable
Skip to content 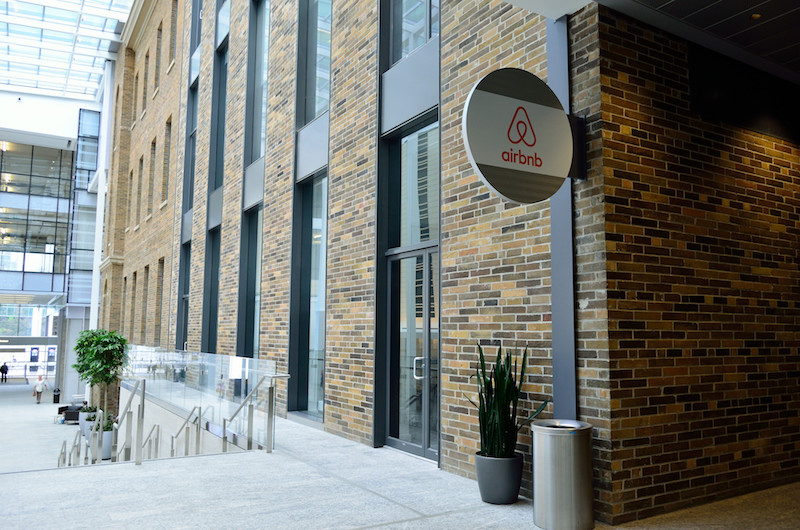 This piece was co-written by Hugo Guyader and Julian Agyeman. Guyader is a PhD candidate at Linköping University, Sweden, where he focuses his research on collaborative consumption and green services. He is also a OuiShare Connector. Agyeman is a Professor of Urban and Environmental Policy and Planning at Tufts University in Medford, Massachusetts. He is co-author of "Sharing Cities" (MIT Press 2015) and a member of Shareable's Advisory Board.

Analysis: The sharing economy is often lauded with offering a number of opportunities, from access to cheaper and more convenient consumption alternatives to new revenue streams for on-demand services. Next to the economic benefits are promises of sustainability and social inclusion. Unfortunately, not everybody stands equal in this emerging economy. Several academic papers have started to document evidence of discrimination in the sharing economy. Here we focus on racial discrimination.

In 2015, Harvard Business School researchers designed field experiments: They created fictitious Airbnb profiles to interact with real hosts and observed that requests from guests with African-American sounding names were 16 percent less likely to be accepted than identical guests with white-sounding names. Previously in 2012, they also established that black hosts in New York City had a harder time at finding guests such as they priced their rentals 12 percent cheaper than hosts who were not black. More recently, the analysis of Airbnb listings in the U.S. and Europe (2014-2015) showed that hosts from minority groups charged 3.2 percent less for comparable listings within the same neighborhood.

Another recent study of Airbnb listings in the U.S. (2015-2016) revealed that participation as a host is lower in areas with higher concentrations of minority residents: That is, a typical white neighborhood would have twice more listings on the platform (four listings, at $120 per night, and 96 percent rating) compared with a non-white neighborhood (two listings, at $107 per night, and 94 percent rating). That is, not everybody has equal opportunities to participate as a host on Airbnb.

A similar experimental study (i.e. fictitious Airbnb profiles) conducted in 2016-2017, showed that requests from guests with African-American names (vs. white names) were 19 percent less likely to be accepted. So despite Airbnb's efforts  — community commitment, removing host pictures in the initial search — these studies document that racial discrimination has always been and is still a critical issue today. There's even a study specifically focused on Airbnb's change of layout last year, comparing daily bookings and price data before and after the implementation of the "anonymity" policy, but it only shows a negligible increase in bookings for black hosts, and only in New York City — not in Los Angeles, New Orleans, or Philadelphia.

The issue applies to other sectors in the sharing economy. For instance, a study of Uber and Lyft ride-hailing companies indicated a similar pattern of discrimination: Drivers canceled the hailed rides twice more for passengers with African-American sounding names. In the context of freelancing marketplaces like Taskrabbit and Fiverr, a database study observed that black workers received significantly less ratings, as well as lower ratings, compared with other workers with similar attributes. So we know that both sides of sharing economy platforms — peer-consumers and peer-providers of services — suffer from racial discrimination.

Interestingly, the most recent of the Airbnb experimental studies shows that reputation and social trust play a critical role in how discrimination plays out: Guests with only one peer-review vs. no review from a previous Airbnb experience are considered similar, whether they have white or African-American-sounding names. Similarly, another recent study with real Airbnb users showed that profiles with higher reputation score are rated as more trustworthy, regardless of the other demographic information. The problem is that to get a reputation, people need to get to use the services in the first place. This is a vicious circle.

To date, sharing economy research on racial discrimination seems to be more focused on Airbnb, probably due to the media exposure brought by #AirbnbWhileBlack on Twitter, or Noirbnb.com and Innclusive.com (and more recently, Muzbnb.com). It is tempting to call for further research, outside the Airbnb-Uber-Lyft nexus in order to enable sound policy recommendations, but what is "enough" in terms of evidence? Future studies should investigate different geographical contexts because racism is not only a phenomenon in the U.S. but is a global issue. For instance, in 2016, a Swedish radio program sent 200 requests to hosts in the country's three largest cities from a black person's guest account: 42 percent were rejected because of unavailability, but when these hosts were re-contacted from a white person's account, a third of these listings were suddenly available and the requests accepted. Since then, Airbnb has changed its policy so that hosts cannot rent a period that has previously been denied to other guests.

Racial discrimination is a structural issue that permeates society as a whole and is not limited to sharing economy markets. Thus the context in which sharing economy markets are embedded is biased so platforms' efforts at self-regulating will fail. What short-term mechanisms can be put in place to thwart societal biases and make the sharing economy opportunities available to everyone and not only to the privileged white upper and middle classes? Digital companies have demonstrated their agility in implementing change faster and more easily than traditional brick-and-mortar companies. One can also note that current papers investigate racial discrimination in the sharing economy from a business perspective. Further research should be intersectional, using Critical Race Theory (CRT) in conceptualizing the role of power, institutions, norms, and emerging economic models when it comes to racial discrimination.

Hugo Guyader is a PhD Candidate at Linköping University, Sweden, where he focuses his research on collaborative consumption and green services. He is also a OuiShare Connector.

Hugo Guyader is a PhD Candidate at Linköping University, Sweden, where he focuses his research on collaborative consumption and green services. He is also a OuiShare Connector.