Protesting the Killing of Kimani Gray - Shareable
Skip to content 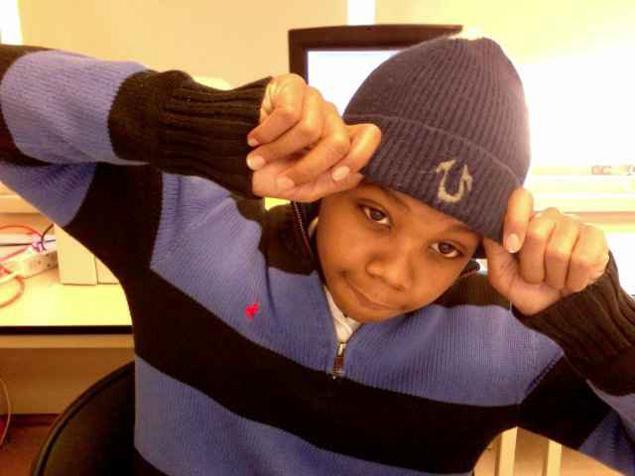 Kimani Gray was a 16 year old Brooklyn boy killed by two undercover NYPD officers on Saturday night. Police shot Gray after he allegedly pointed a gun at the officers. Kimani Gray, who had just returned from a baby shower, had been hanging out on the street with some friends moments before his death. The police claim they approached him because he was “adjusting his waistband in a suspicious manner”, and that when they did so, he drew his gun, then they drew their guns and fired. The police shot Gray 11 times.

The police have produced a picture of the gun they claim Gray had on him, but his sister Mahnefah, who witnessed the shooting, told the New York Times he was fixing his belt, not drawing a gun, when they shot him. Another eye witness says Gray was running for his life from the police, and yet another heard him saying “please don’t let me die” to which one officer responded “Stay down or we’ll shoot you again.” So far, only the police claim to have seen a gun in Gray’s hands. Mahnefah and Gray’s cousin Malik Vernon insist he never owned one. The only weapons fired on the scene were the officers’. The NYPD was quick to point out that Gray had four prior arrests.

Last night, a vigil was held for Kimani in Flatbush, the neighborhood in which he was killed. Attendance at the vigil was estimated between 100 and 250 people. There were a lot of cops at the vigil, which to many could easily seem inappropriate, considering police officers killed Kimani Gray. In any case, around 8 PM a march took off from the vigil, and at some point protesters began confronting the police. Bottles were thrown at police, and then a group of the protesters, in the face of being dispersed by riot cops, ran through a Rite Aid. Some displays and merchandise were destroyed. This sparked a hash tag on twitter, #brooklynriot, and news sites quickly posted about the protest.

News coverage will focus on whether or not Kimani had a gun, and thus not fully explain the rage and grief pouring out of his community. Whenever police and witness claims directly contradict each other, however, it’s always important to not immediately believe the police account. Police originally claimed they saw that Ramarley Graham, killed last year in his own home, had a gun in his waistband. However, it soon came out that he was unarmed: police shot him after kicking down his door, while he was trying to flush a baggie of marijuana down the toilet.

Another vigil and protest will be held for Kimani Gray tonight at 55th st and Church Avenue in Brooklyn.