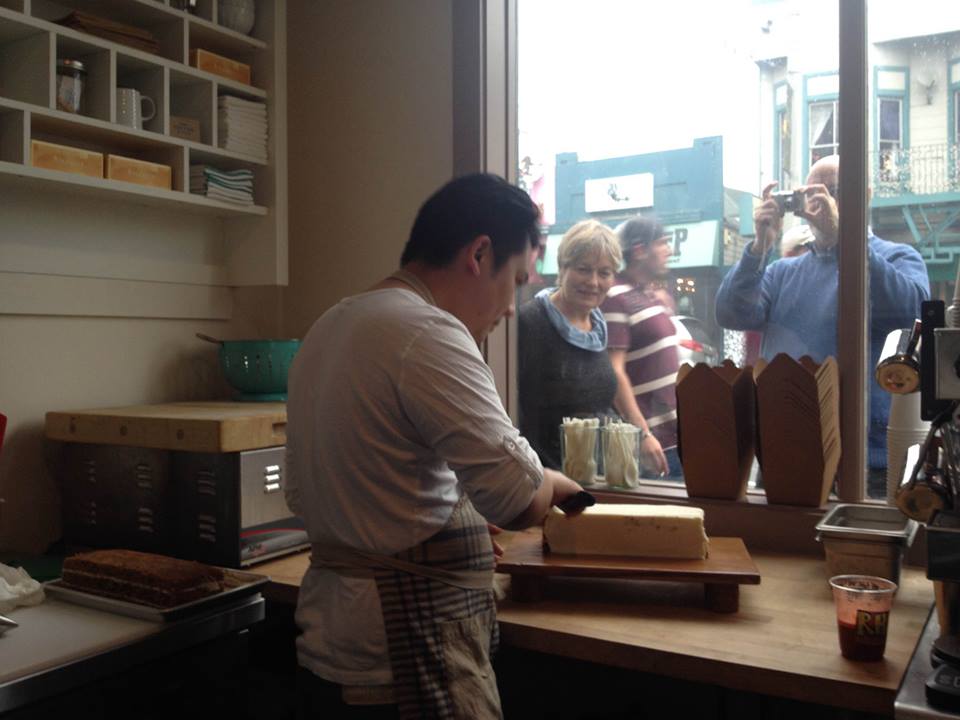 Recently I walked into a new storefront in San Francisco’s Upper Haight neighborhood called Second Act, a space featuring five culinary vendors, each of which are on three-year leases and conduct their business out of 100-square foot spaces. As I navigated my way through the enticing aromas, I came to a backroom with several tables, each advertising a different locally made product. PopUpsters, a new business connecting artisans with temporary spaces, organized the event.

I was surrounded by pop-ups, and I loved it.

The idea behind pop-ups is to allow new businesses to test their products without having to invest in expensive long-term leases and infrastructure. The principles behind this business model align well with the sharing economy. Opening a storefront is not easy. Finding the perfect space, processing reams of paperwork, building out the interior, paying for the space, finding the right insurance and getting the right services to launch are formidable tasks. On top of that, most people can’t afford to pay for a long-term lease, particularly small-business owners. This is especially true in expensive cities like San Francisco and New York. So it makes financial sense to share the costs of space with other vendors and keep vacant storefronts active with pop-ups.

And then there is the synergy that can result from having many complementary businesses located closely together. Business owners can identify new product ideas and collaboration opportunities by working in a community instead of in isolation. These interactions can strengthen local economies.

That’s the idea behind Storefront, an online retail marketplace. The company started in late 2012 and now has 300 retail space listings in San Francisco and 200 in New York. If you’re a small business owner selling products online, but want to test the waters offline, Storefront can help you find a brick-and-mortar space to allow you to run your own store for a short period of time. A lease can last a couple of months, a few weeks or a day. And a space can be a whole store, a portion of it or even a bench outside. What was once out of reach now becomes accessible.

An offline presence, even a temporary one, can create personal connections with customers that are difficult to develop when selling online exclusively, allowing vendors to get a better feel for their customers.

Storefront co-founder Tristan Pollock believes that creating the opportunity for temporary spaces is a key to strengthening local economies.

“Believing in vibrant cities is what drove Erik (Eliason, Storefront co-founder) and I to create Storefront,” says Pollock. “I think the urban core is human interaction at its finest. You might have an amazing maker in your apartment building. They sell on Etsy or Storenvy and do well for themselves because their products or art is so unique. But you don't know about them. Now fast forward to Storefront being in your city. That maker has an opportunity to find affordable retail space in his or her own neighborhood. Then you discover them, and can't believe they've been right underneath your nose this whole time. You become a life-long customer, support local economies and local makers. It's a huge win to be able to access retail locally.”

Pop-ups can also serve as powerful agents of change in neighborhoods. Popuphood is a small business incubator aiming to revitalize neighborhoods one block at a time by nurturing pop-up retail in vacant spaces. The organization has garnered much attention from their work in Oakland, where they are working to create vitality in a neighborhood with little daytime foot traffic. Popuphood’s program currently gives businesses six months of free rent in formerly vacant spaces, with the hope that the stores will become self-sustaining afterwards. Since Popuphood’s inception, foot traffic has increased in the downtown district and three of the stores are now permanent fixtures in the neighborhood.

Popuphood co-founder Sarah Filley talks about the importance of cultivating the urban ecosystem when discussing her approach. Oakland’s nightlife has grown steadily over the years with the presence of new restaurants and bars, but daytime life has been lackluster, she says. But by bringing retail to the city, a steady flow of activity throughout the day has pumped money into Oakland’s local economy.