Platform Cooperativism: A Global Movement on the Rise - Shareable
Skip to content 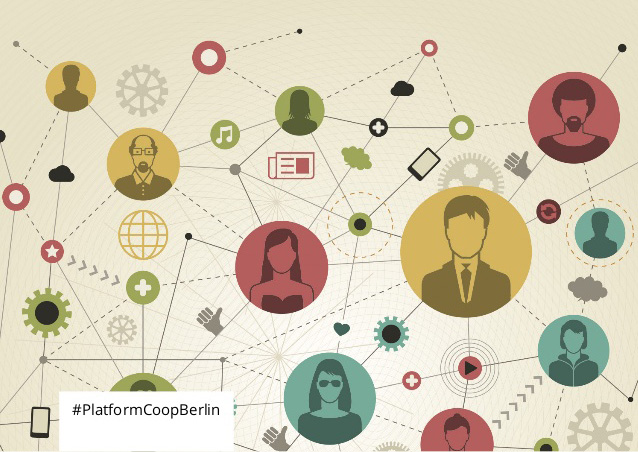 Last November, the Platform Cooperativism conference — a coming out party for the cooperative Internet — took place in New York City, initiated by Nathan Schneider and Trebor Scholz. Last month, the first #PlatformCoopBerlin meetup followed in Berlin with Michel Bauwens as the keynote speaker. The small venue was packed. More than 50 people attended instead of the 30 that RSVP'd.

According to Bauwens, the struggle of the last 200 years was mainly between labour and capital and about who gets how much of the cookie, but the not-so-apparent fundamental question is "Who decides what is value?" The challenge is to move from extractive to generative practices and to co-creating shared resources for human groups, communities, and nature. In a new system, the value is — or should be — created through the mutualisation of knowledge.

Bauwens suggested that growth of the commons can be achieved through open input, participatory processes, and commons-oriented output which then creates the condition for open input again — thus leading to upward spirals of prosperity. Bauwens advocates for open cooperatives and he believes this is where platformcoops fit in — or should fit in.

In addition, he said that the movement has to work on three circles: sustainability, openness, and solidarity — and on building bridges between the three to make the mode of production and distribution free, fair, and sustainable. Nature creates abundance and, used wisely, provides enough for everybody’s needs, but capitalism engineers scarcity and turns abundant nature, knowledge, etc. into market goods.

For more about what Bauwens and others had to say at this event, please read this short report, Platfform Cooperativism: An International Movement on the Rise. 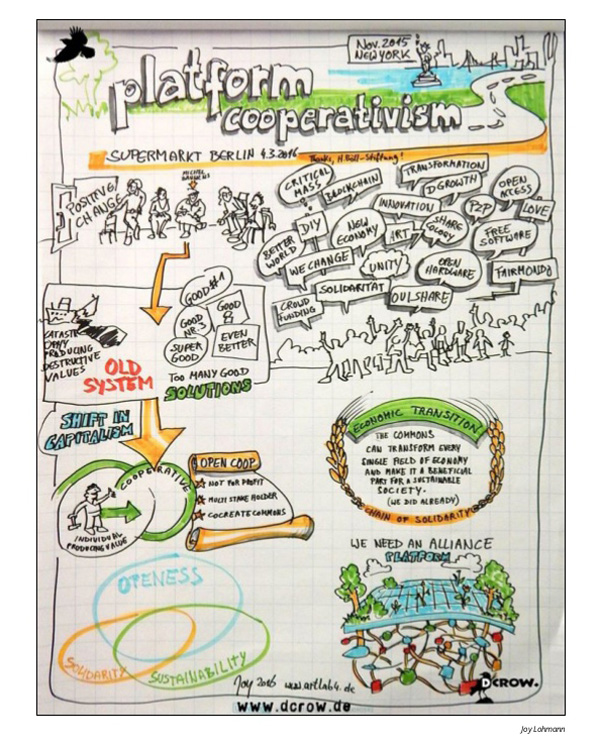