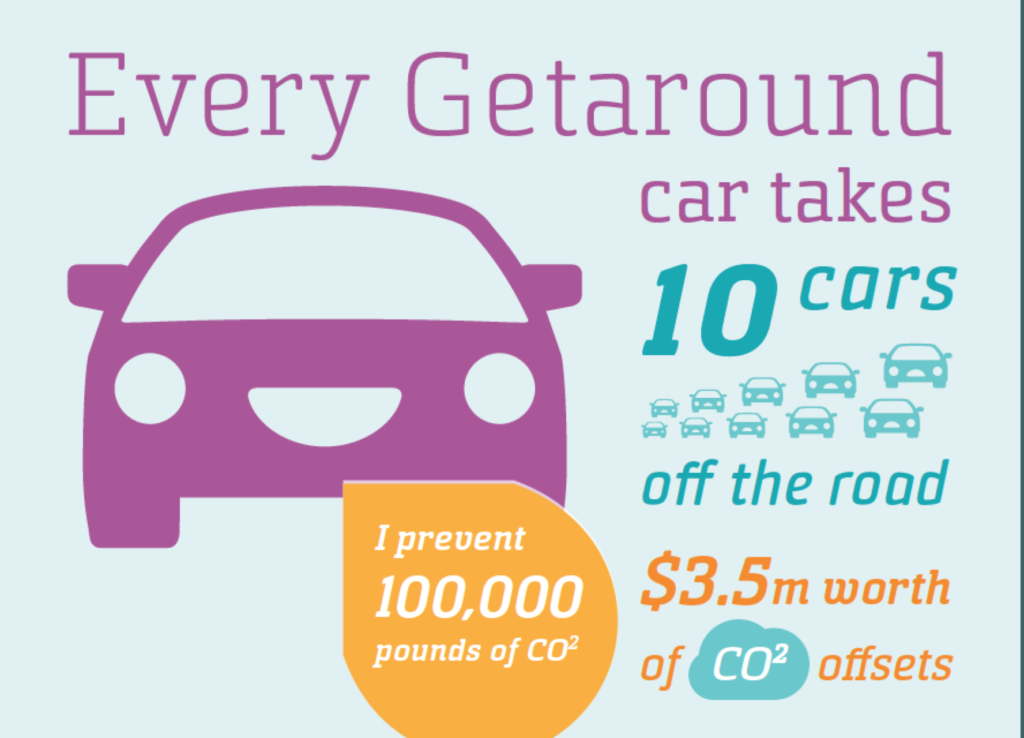 The shift away from car ownership continues unabated.

An estimated 32 vehicle sales are lost for every car added to a car sharing fleet nationwide, with the potential to eliminate 1.2 million car sales by 2021, according to a recent study by AlixPartners. And membership in car sharing networks is expected to grow from 2.3 million in 2013 to 12 million worldwide by 2030, according to Navigant Research. Apps make the process seamless—no need to make a reservation and travel to an agency or car sharing pod; just find a car where it is available.

One major obstacle to growth in peer-to-peer car sharing so far has been insurance and also the inconvenience of person to person key exchanges. Many insurers include a commercial use exclusion clauses in traditional car insurance policies, meaning accidents that happen while the car is being rented out won’t be covered by the owner’s policy.

That’s why today’s announcement by San Francisco-based Getaround, a P2P carsharing network operating in San Francisco, San Diego, Portland, Austin, and Chicago, is important. Assurant will be providing primary insurance to both owners and renters in the Getaround network, easing concerns for all involved.

“We’re excited to be joining forces with Getaround. For us, it’s another way to bring our risk management expertise to a new, innovative business venture,” Brian Tribble, senior vice president of Assurant Specialty Property, said in a press release.

Getaround also announces substantial growth over the 2013 after launching its Getaround Instant (instant access to CarKit enabled cars through your smartphone) product in beta San Francisco. The company enjoyed a seven-fold increase in revenue and 12-fold year-over-year capacity increase. The number of Instant cars in San Francisco has grown from 24 to over 300 in the last 12 months.

“When we launched our Instant beta this time last year, we had an amazing response and knew right away it was the way to go,” Jessica Scorpio, a company co-founder said in a press release. “Since then, we’ve seen the number of Instant cars increased more than tenfold and we’re continuing to add more every day which renters love. In the last month alone, we’ve seen a 25 percent increase in trips booked.”

Getaround is carving out a unique niche in the industry by focusing on day-to-day urban mobility needs, whereas other services, like RelayRides, have focused more on longer-term trips.

Although the P2P carsharing network is small, it is growing, and presents a unique opportunity for insurers willing to innovate. According to an Avarie Capital/Assured research paper, insurance companies have two choices: stick their head in the sand and hope the trend goes away, or innovate to find solutions that are mutually beneficial to this new and growing market.