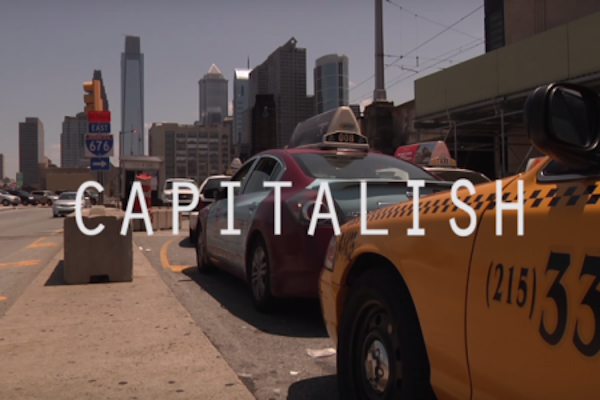 The Philadelphia region has over 100 co-ops, but only four worker-owned co-ops. A new film aims to highlight these unique businesses and the people who own and operate them. The 15 minute film, titled Capitalish, profiles all four of these worker co-ops, which span diverse industries. The oldest worker co-op, Childspace Daycare Centers, owns and operates three childcare centers. Home Care Associates, a home health care agency, was inspired by Cooperative Home Care Associates in the Bronx. Alliance Taxi Co-op, a taxi-driver owned dispatch company, was formed in 2014 out of the labor organizing work of the Taxi Workers Alliance of Pennsylvania. W/N W/N Coffee Bar is the newest worker co-op. The worker owners at W/N W/N (pronounced “win win”) celebrated their one year anniversary of being open in January 2016.

The four worker co-ops featured in Capitalish are challenging dominant logic about the way that they ought to relate to workers, consumers, the community, and other businesses.

The film was released online for free by the Philadelphia Area Cooperative Alliance (PACA), a “chamber of commerce” for co-ops of all sectors and 501(c)3 nonprofit dedicated to growing the cooperative economy.

Capitalish was created by Haverford College Interdiscplinary Documentary Media Fellows (IDMF) Anna Bullard, Nick Gandolfo-Lucia, Sarah Moses, and David Roza under the guidance of Professor of Political Science Craig Borowiak, Artist in Residence Vicky Funari, and Digital Media Specialist Charles Woodard and funded by the Hurford Center for the Arts and Humanities, the Center for Peace and Global Citizenship, the Environmental Science Fund, and the Office of the Provost. Directing, Editing, and Production were all a collaboration between the Interdisciplinary Documentary Media Fellows.

Caitlin Quigley lives in West Philly and is a working member of Mariposa Food Co-op, where she also served on the board. She is a member of The Energy Co-op,