Mothership Hackermoms: A Shared Space for the DIY Mom - Shareable
Skip to content 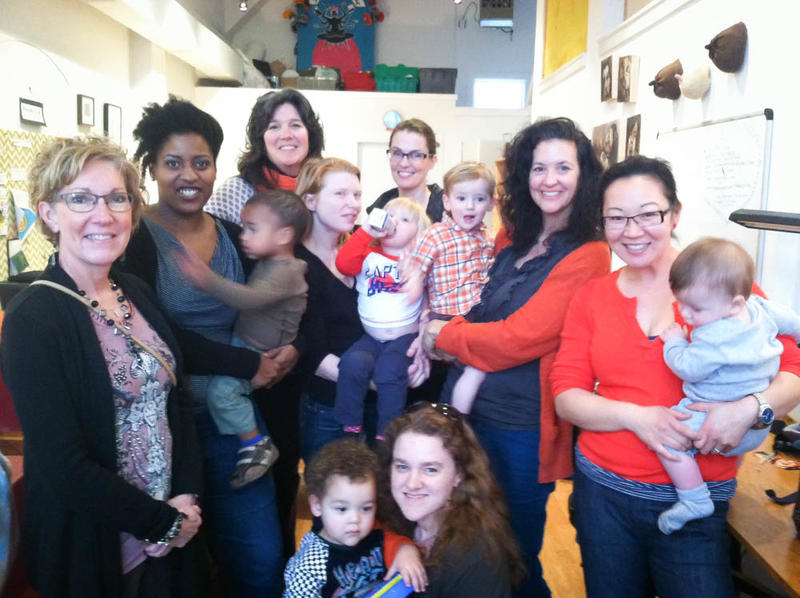 Parenting has come a long way in recent decades, but a group of enterprising women in the San Francisco Bay area think today's lifestyle options for parents are still woefully inadequate. Where can you go to use an industrial sewing machine, get an HTML tutorial, and hand over the kids to a great babysitter in one place? The answer is Mothership HackerMoms.

Sho Sho Smith, Karen Agresti, and nine other moms opened Mothership HackerMoms, which they say is the world's first women's hackerspace. The new space started taking shape when Smith, a freelance writer and editor, brought together Oaklanders Hayden Davis and Karen Agresti to discuss her idea over breakfast. Opened in 2011, HackerMoms is a space primarily for mothers with young kids, but the group has also attracted a few hacker grandmas and at least one hacker dad. 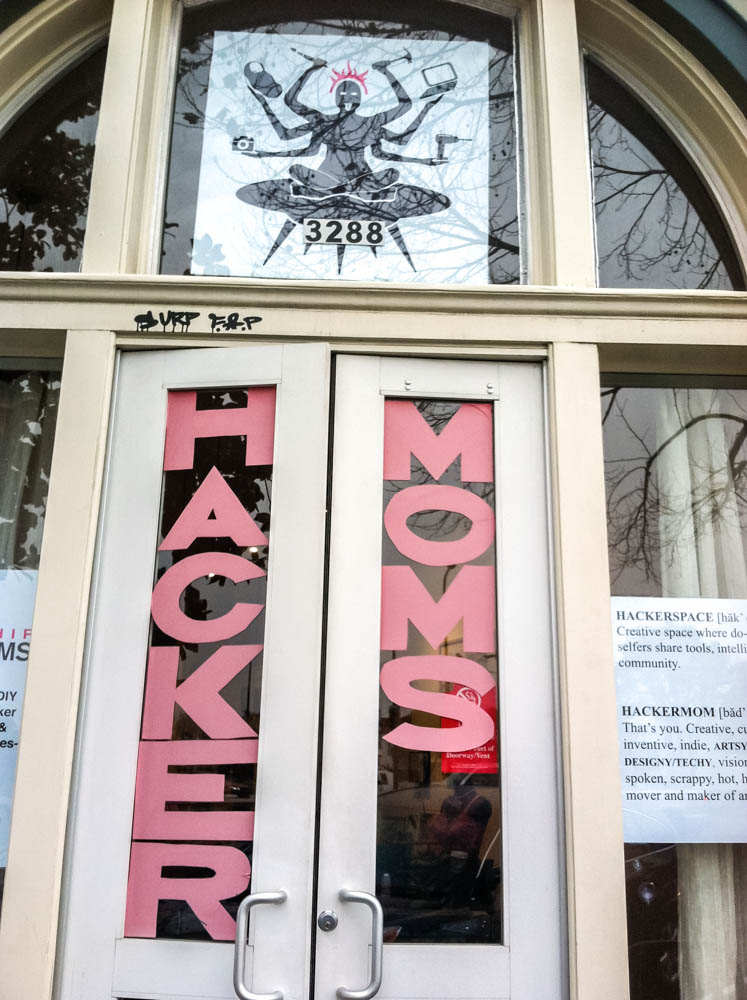 Along the border of Oakland and Berkeley, the 1,000-square-foot storefront has become ground zero for stay-at-home parents who don't want to be stuck at home, and who also want to be with their kids during the day. In addition to shared work tools and a collaborative environment, HackerMoms provides the key to parental freedom: on-site childcare.

"Love is abundant, but life with young kids can be an isolating and fractured existence," reads the HackerMoms website. "We wanted a way to balance that."

On any given day, a handful of parents are at work on professional projects, crafts, or personal creative endeavors. Most members are full-time moms or have part-time work, but some career moms make use of the space as well. Regular moms include a furniture builder, painters, an interior designer, and a Drupal whiz. 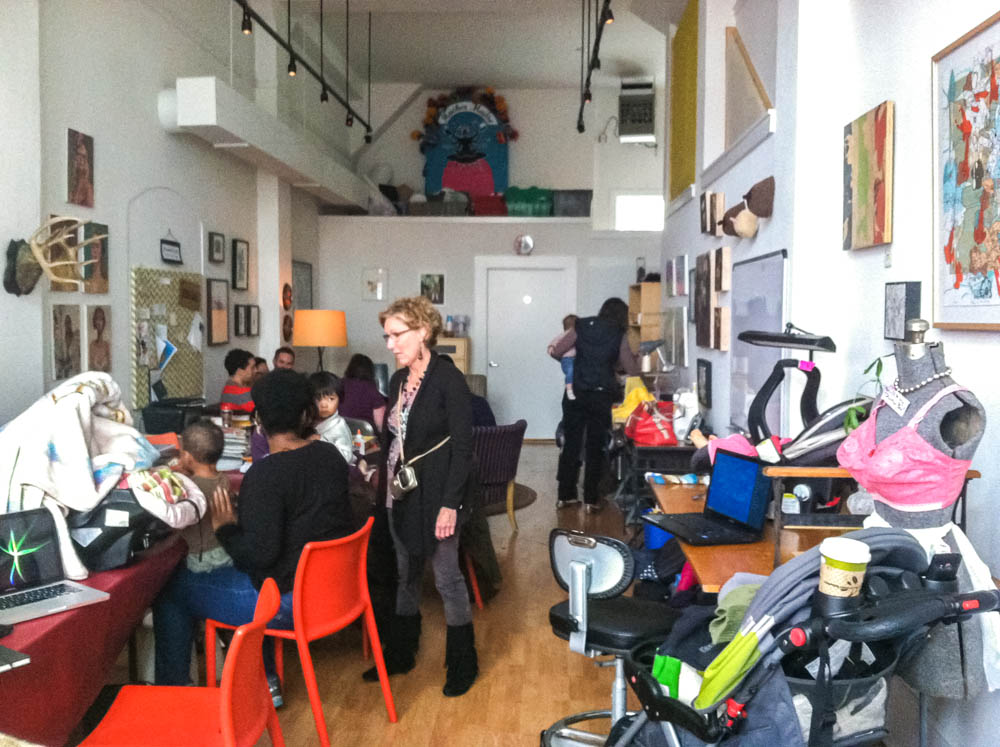 Hayden Davis, a former accountant, said she was immediately interested in the concept of a shared work space because she was growing restless spending most of her time at home with two kids under two years old. But she wasn't sure about the hacking part of Smith's idea.

"I was like, 'these people want to be computer hackers–if this gets weird, I'm out,'" Davis said. "I'm not doing anything illegal." But this kind of hacking is aligned more with the crafty DIY community than web hacker groups, like the infamous Anonymous. Davis became one of the founding moms, and she now coordinates workshops and HackerMoms internships through local schools, and is creating an Etsy store specifically for HackerMoms-made products.

Despite its name, HackerMoms is not primarily a tech space. The evolving cultural meaning of the term "hacker" fits the founding moms' vision perfectly. According to the moms, they are hackers in the sense that they modify and repurpose ideas and objects to fit their personal needs or desires. 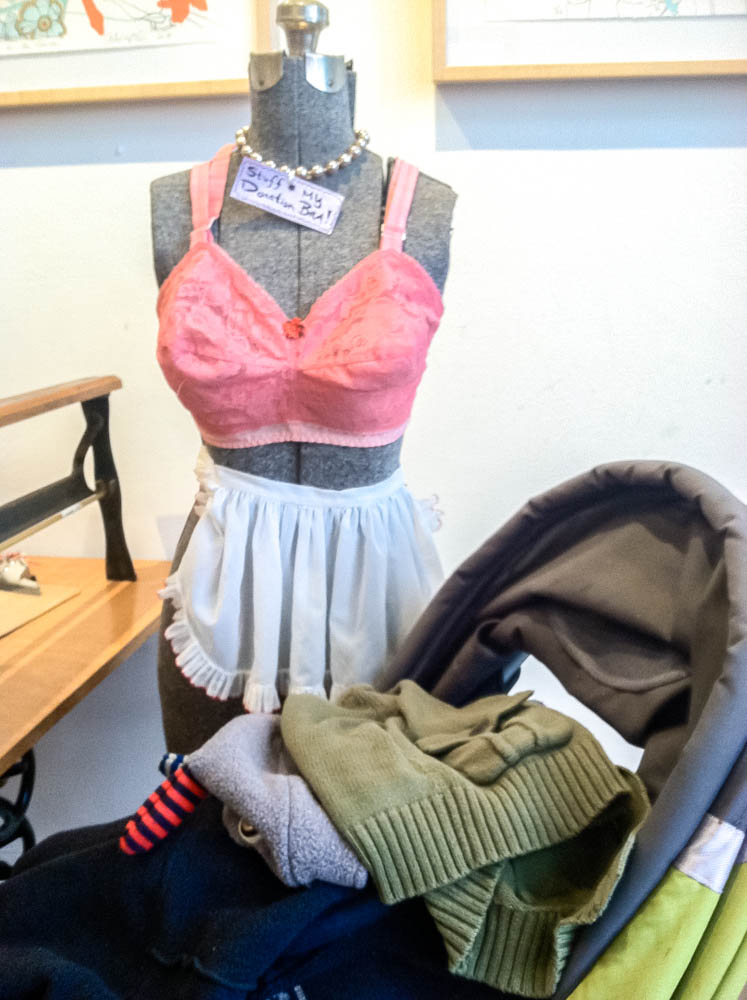 One might say they hacked the storefront into a shareable childcare and work space, or that they hacked soundproofing of the childcare room from pieces of old futon, or that a childproof fence around the doorway to the street was hacked from wooden pallets. In the grand scheme of things, these moms are hacking a potentially new way of balancing work and parenting.

"What's shocking to me is the amount of parents I meet who take five years off because they did not find the right setup," said Diana Rothschild, who spent a recent morning at HackerMoms with her 18-month-old daughter. "I meet parents and I'm like, 'but you were managing millions of dollars before (you had kids).'" Being a full-time, stay-at-home parent is great for some people, Rothschild says, but other options should exist for those couples who don't want to put their careers on hold entirely. Spaces like HackerMoms have the potential to allow both moms and dads to get some work done while being near their kids.

At a recent weekly open house, Rafael Vega, a stay-at-home working dad, showed up with his daughter. Vega works for a videogame startup and, although he's looking for more human interaction throughout his work day, he finds other stay-at-home dads to be somewhat "wimpy." After a morning at HackerMoms, he plans to come back. A hackerdads space might be nice, Vega said, but he prefers that a woman was taking care of his daughter. Plus, a female nanny in a hackerdads space "might get the feeling there's too much dude in the room," Vega said.

After raising $12,500 in a Kickstarter campaign in November 2012, HackerMoms is preparing an interior makeover. Communal tables and open couch space will be replaced with standing work benches and pod-like spaces for individuals or small groups. The childcare space will remain full of comfy pillows, and a small room in the back will house non-child-safe equipment like the industrial printer. An interior designer mom is helping plan the new setup, and the group hopes to get donation grants from Ikea and Home Depot to buy furniture and supplies.

Working from home and flexible work hours are still a luxury and rare in today’s work environment. Since opening in April 2011 with 10 members, HackerMoms now has about 30 members and a handful of sporadic hackermoms. Members pay $60 per month, in exchange for a key to the space to come and go as they please–even at night, though there's no childcare. Smith dropped the membership fee to $60 from the original $80, so more moms in the area can afford the space, as well as offering drop-in rates for $7 a day, plus $5 per hour for childcare.

HackerMoms challenges the status quo of what it means to be a mom, or to be a working parent, but it is not a panacea for everyone. Membership costs may still deter some moms who could really use the collaborative environment, but HackerMoms continues to expand and share. 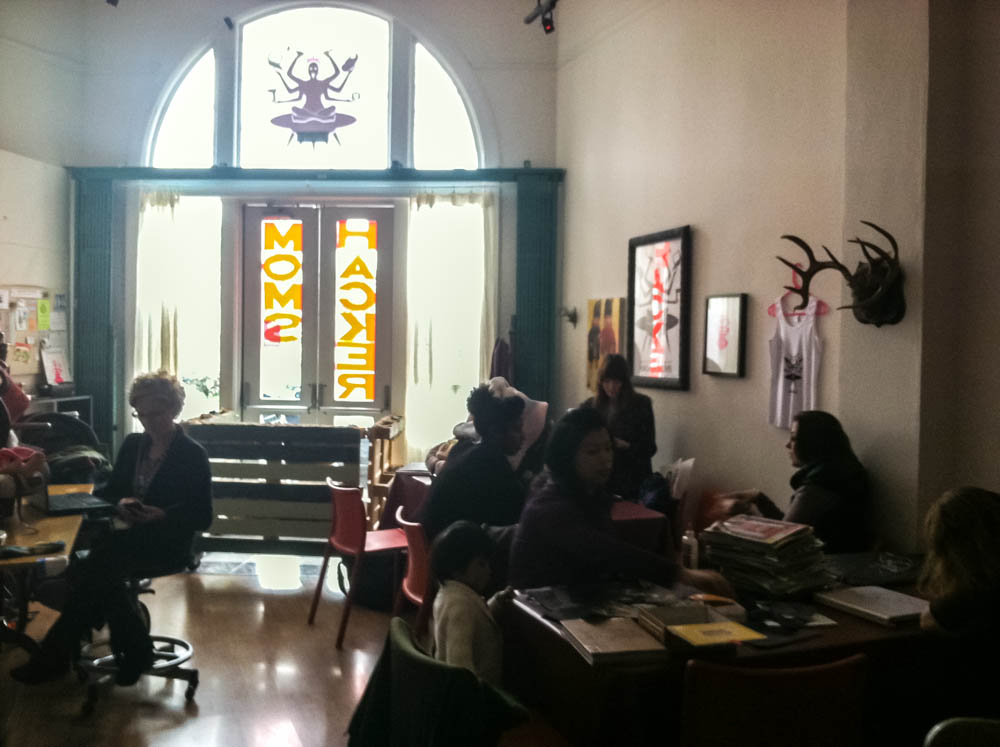 HackerMoms is at 3288 Adeline Street in Berkeley. Open houses are held Wednesdays from 10am to noon or Thursday 6pm to 8pm. Childcare is provided Monday through Friday 10am to 2pm, except Thursdays.

Here's more photos of Mothership Hackermoms for your inspiration: [slideshow]

I'm an editor and reporter in the San Francisco Bay Area.

I'm an editor and reporter in the San Francisco Bay Area.