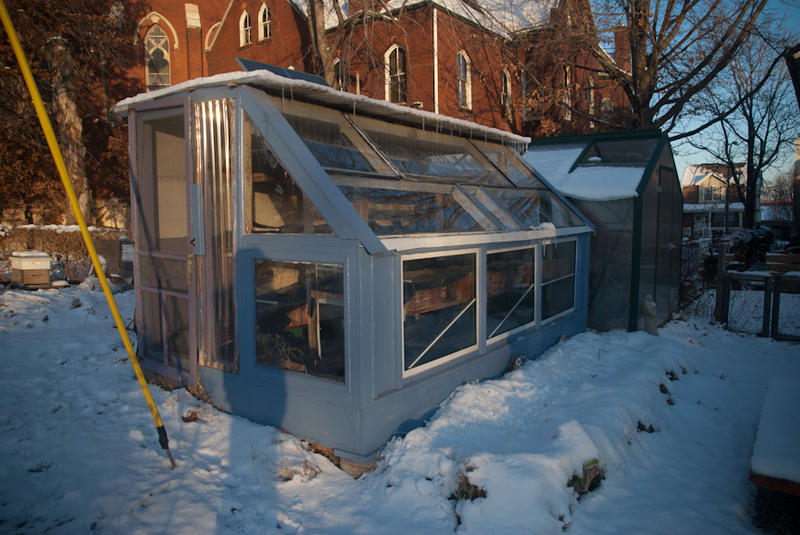 For the holidays, I flew to Lawrence, Kan. and St. Louis, Mo. to meet my partner’s friends and family. I was also being introduced to the area to get a feel for whether or not we might want to move there in a few years to build a community around a number activist projects like a timebank, a shared community space, and a bike kitchen.

It is often assumed that the west and east coasts are the geographic centers of cutting-edge social change and the Midwest lags far behind in consciousness, so my expectations were pretty low. But I left with hopeful utopian dreams. My experience there taught me not only that the consciousness is ripe in pockets of the Midwest, but also that the terrain may provide even more fertile ground for radical change.

In Lawrence, a couple of working class activists bought a commercial/residential building across the street from a large cohousing complex. The building will be green retrofitted into a community-run space called the Cosmic Beauty School, including healing services, sharing libraries, community events, sustainability classes, co-working spaces, and an alternative exchange system similar to the Share Exchange space in Santa Rosa, Calif. The Cosmic Beauty School hopes to provide a much-needed hub, gathering point, and resource center to catalyze other important social change projects that might otherwise have trouble getting off the ground. 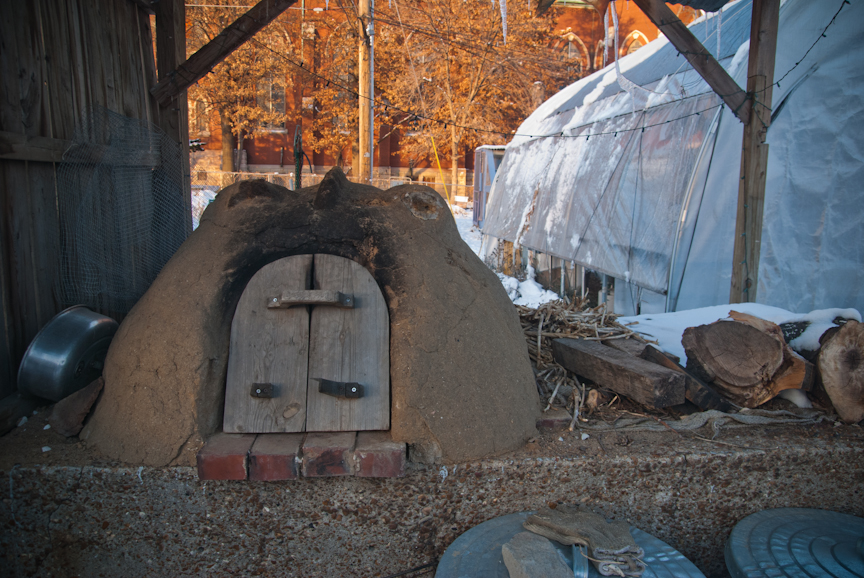 While living in the nascent School for a few days, we learned about efficient fire wood stoves and the challenges of winter urban farming in a cold climate, as well as how to scavenge and chop firewood (an amazing art form with all the different kinds of wood), how to reuse water through a grey water system.

Next we visited St. Louis. Economically devastated and crime ridden, it seems particularly ripe for change. A neighborhood center in a low-income, African-American community has one of the best timebanks in the country called MORE (Member Organized Resource Exchange), with time dollar stores providing peer-to-peer mutual aid and self-help among the poor.

Nearby, a nonreligious group that calls itself Catholic Worker (after Dorothy Day’s work to address social and economic justice) has bought up nearly a whole block to provide free housing for low-income folks, with an adjacent urban farm, aquaponic system, and chicken coop. Many other buildings nearby are successfully squatted long-term by activists and low-income folks keeping the neighborhood safer. The Catholic Worker also bought a huge abandoned church for just $1. 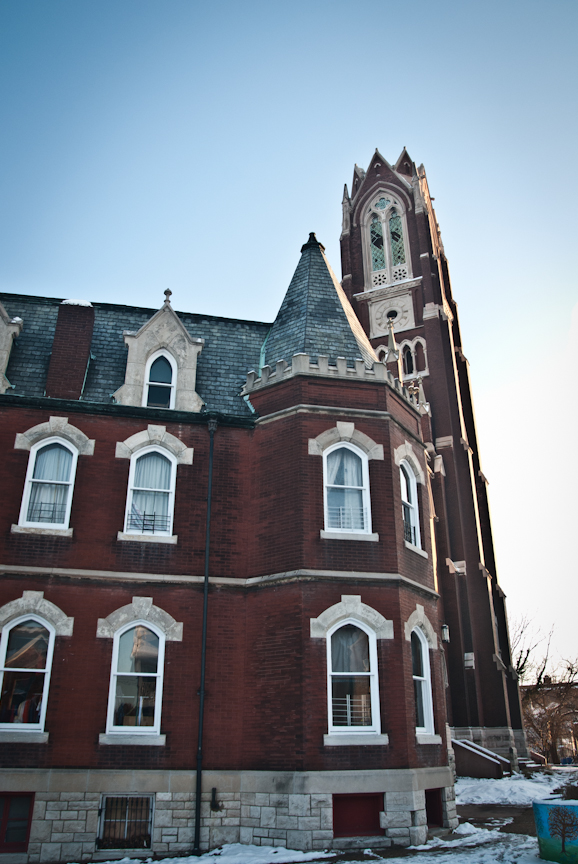 BWorks, an umbrella organization in St. Louis, offers participatory (l)earn-a-bike, (l)earn-a-computer, and create-a-book literacy programs to low-income youth and is expanding to a larger location this coming year along with a community center called CAMP that incubates all kinds of activist projects and community services. On our way there, we stopped by the Black Bear, an anarchist café and community space.

St. Louis reminded me a lot of Detroit (another destitute Midwestern city), which I visited at last year’s U.S. Social Form. There, activists have been gaining access to large tracts of land for urban organic farming to feed the poor and revitalize the economy with healthful employment. Similarly, in Cleveland, sustainability-oriented worker cooperative development organizations are getting significant support for addressing high unemployment with more empowering green jobs.

Disillusioned by the economic downturn, the mainstream economy is being questioned by those hardest hit. The empty urban centers of St. Louis and Detroit create both physical and mental openings for opportunity. People are exploring new, local, sustainable livelihoods like urban farming, free collective housing, and worker cooperatives. The empty buildings and rock-bottom real estate prices allow radical projects that would normally struggle for extensive capital funding from outside sources like foundations to easily thrive on grassroots community volunteering and donations.

I have utopian dreams of making more projects like these happen in the San Francisco Bay Area, but there are significant roadblocks due the cost of implementation here. Buying a building is pretty much out of the question in San Francisco, which means my friends and I must continually put lots of effort into fundraising or working primary, full-time jobs just to pay for rent rather than focusing on the work of change itself. My energy gets siphoned off into the mainstream economic system or trying to find funding in a haystack of other nonprofits.

Another challenge is that, unlike many urban areas in the Midwest, San Francisco has yet to see the ubiquitous face of desperation that often catalyzes consciousness for real, deep change, while the saturation of the nonprofit industrial complex reinforces the status quo by putting band aids on the situation.

Activists in Lawrence noted Midwest brain drain — many comrades leave there to find the holy grail of social change in the West. Maybe it’s time to switch directions and start cultivating the fecund fields of the Midwest. Breaking free of our economic chains is a great first step down the path to utopia.